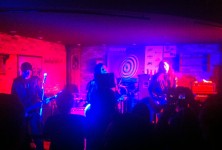 It’s always fun when two of ‘my’ bands end up playing together…and while last year’s SXSW had She Wants Revenge with Street Sweeper Social Club for a show, this year had SWR with APTBS.

I arrived quite late and walked down into the cavernous bar right as APTBS was about to go on. It was rather crowded and I was all the way at the back, which I’ve never done for an APTBS show before. So when they came on it was amusing for 4 reasons: 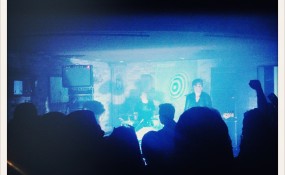 1) I could actually hear the vocals!
2) The strobe lights look even crazier from afar
3) All I could see was, on frequent occasion, Oliver’s guitar, Dion’s bass, or Jay’s drumstick point up in the air
4) An abundance of hipsters flinch and turn around and leave or go to the back because they were, for lack of a better term, volume pussies.

By the end of the set I had worked my way up to almost normal distance. I just kept thinking how glad I was that I went to San Antonio the night before to see them play a normal set.

Where APTBS seemed to have surprised most, the crowd was full of She Wants Revenge fans. And these weren’t the ones looking for the hits; they were the ones waiting with bated breath to take in the new stuff. And that’s what we got from start to finish; two tracks had never even been played for a crowd before. It was interesting to see a band I’m so familiar with- I’ve probably seen them twice a year since 2006- play a completely unfamiliar set. But it was cool to see them play with a different vibe, like they were revealing secrets to us, baring their souls a bit. I felt lucky to see it. And they were bathed in red and blue lighting, which to me is very SWR. It took me back to when I first heard their debut album, listening to it on my iPod while walking to my miserable job, new in San Francisco and already taking unsafe shortcuts through dark dingy alleys. That album was like a sexual awakening for me in my mind; I was in a blah relationship that would last three more years but I think that album planted the seed of death for it. I remember listening to ‘Sister’ on repeat for days. 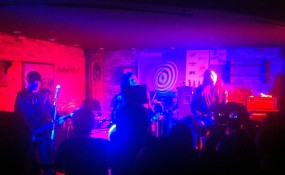 The new songs sound great and I look forward to listening to Valleyheart on my iPod while walking down a dark alley somewhere in the world again soon. 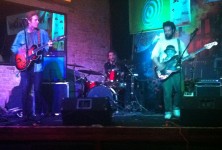 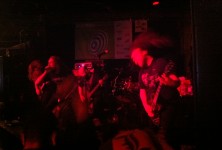