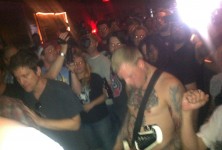 I’ll be damned if I was going to miss this show….so I made a point to go look at the schedule posted outside the venue to make CERTAIN no one did any little switcheroo this time and saw Kvelertak slotted for 5:15pm.

I ran around some more before going back extra early to check out this MetalSucks showcase deemed South by South Death. It ended up probably being my favorite show of SX.

It was sunny and nearly 90 degrees outside and probably around 80 inside Headhunters, a narrow bar with an even narrower stage. It’s voodoo tiki motif invades every corner, as do sweaty men. I sidle right up the center. 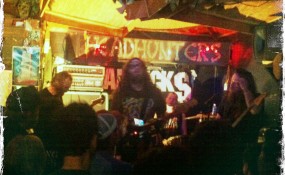 Red Fang is on stage. I’d heard of them but never listened and I ended up really enjoying their set. I’d say they’re more very hard rock than metal…some of their songs actually reminded me of QOTSA, a band I’m still trying to ‘get’, and thusly the Rolling Stone party I had unsuccessfully tried to get into a couple nights before. 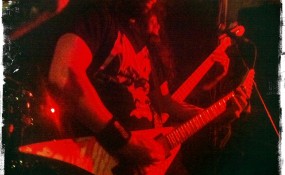 Next up was Havok, and I moved to the front with my friend. He was RAVING about the Kvelertak set from the night before, and I was nearly foaming at the mouth in anticipation as he warned me that standing in this spot I would be getting a lot of Norwegian man sweat on me. ‘I. DON’T. CARE!!!’ I say. Then we became distracted by the monstrosity of the Havok drum set being tugged through the crowd and onto the tiny stage. That thing was HUGE! When they began I had two guitars literally in my face as I thought about how the last time I saw them was at Tidal Wave and how they answered one of my fledgling interview questions. AWWWW…and look at us now; still at it! They played a great set; I hadn’t listened to them in a while and was really connecting with the themes of some of their songs: ‘Scumbag in Disguise’ (story of my MF-ing LIFE!) and one about how there’s always some guy in the pit doing karate. I HATE THAT GUY!

In walk the Norwegians, and there is a lengthy process of trying to pare down Havok’s drum set to be used by the Kvelertak drummer. OK, so why am I obsessing over this band? Well, first of all, just listen to the album. Second, they seem very influenced by Turbonegro, whom I love. Third, I respect that the lyrics are all in Norwegian…for the same reasons I love Rammstein. Fourth, I heard they are crazy live….and they are. AND I LOVED IT!!!! 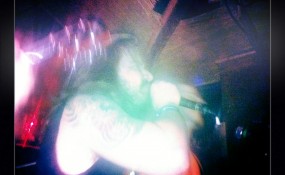 They were squished on stage (there are six of them) to the point that they have to take turns playing off the stage, but I’m pretty sure that’s kind of part of the show regardless. I was immediately nearly mauled by a guitar, and then the vocalist is off into the crowd, but somehow always remaining a respectful distance from me since I was the only gal up front. They’re vibrating up on stage, the heat is rising and their clothes are being peeled off. Then the vocalist reaches down for his belt and my eyes widen as I think we’re about to get a Jim Morrison moment, but he was just hot and preferred to perform in his skivvies. The whole room is moving and the only thing keeping us upright is the force of the music. I have no idea what I am screaming along to, but it feels fantastic. There’s a pause and I hear the crowds walking by outside, and I think about how we are all in the know of this amazing show going on at 5:30 on a Friday and it’s like our own little secret. I’m thinking about how these 6 dudes have come all the way from NORWAY to scream at us and how we’ve all come to see them scream at us and then, oh my GOD…I’M GOING TO BE IN NORWAY IN LESS THAN A MONTH!!!! Some people think it’s weird that I’m traveling to Norway by myself the week before a major metal festival that I’m not going to just because I love the music that comes from there and I want to see the land that spawns it. What can I say, I’m weird, Kvelertak are pretty weird, everyone in that room is kinda weird, and I’m having fun. 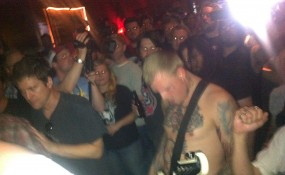 The set was coming to an end and the powers at be announced we needed to go because they had to set up for their evening show case. A guitar was used to peel back some of the ceiling decor and then hung off an indoor awning. 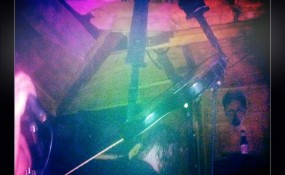 We’re chanting ‘ONE MORE SONG’ and the band straps on their instruments to play some more but those powers at be refused to turn the mic back on. After shouting some ‘fuck you’s’ we all left happy regardless. 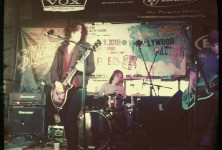 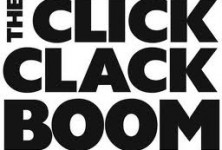