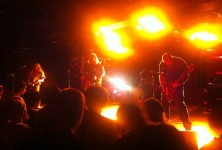 It is very clichÃ© of me to say that as a freshman in college, I went from being a kid to an adult. But perhaps less clichÃ© is that I remember the exact moment it happened.

I was sitting in an Astronomy class entitled ‘Search for Extra-Terrestrial Life’. The quintessentially nerdy professor puts on a video and just when I was drifting off into the thought process of ‘damn I thought this class was going to be more like an episode of X-Files!’, my 18 year old mind was blown.

Now I had done some mind expanding things by this point in my life, but nothing had revealed The Truth until that moment when this film ended:

We don’t know shit about anything.

Yes, just like how the answer to life as dictated by the Hitchhiker’s Guide to the Galaxy is 42, The Truth is that we don’t know ANYTHING. You grow up thinking that adults have all the answers, that all those things you learned in science and history are fact, that the world is black and white. That was the day everything became gray….and it seems to get grayer every year.

It was also the day that I went from ‘hmm….this God stuff sounds pretty silly!’ to ‘Religion: Nihilist’.

The building saying Chateau Neuf is right in front of me, and the little dot that means ‘you’ve arrived’ and the ‘current location’ dot are aligned on my Google Map. But I see no sign of Betong anywhere. I look around for people wearing black. Nothing. I walk around the campus trying to listen for metal music. Nothing.

Unfortunately the lack of desire to ask for directions is one of many things I have in common with dudes. But, I broke down and asked a guard, and he shrugged and then pointed to that Chateu Neuf building. I walk over and go inside, and finally I can hear music. But it’s coming from a basement with no signage whatsoever. So I ask someone at a desk of this student union type area, and they shrug and point downstairs. After my experience walking into a basement the day before (that’s the next piece), I hesitantly walk downstairs towards the music. I wander around and see a few people and a bare bones merch table, but no one of authority to talk to, so I poke my head into the room where the music’s coming from.

Every website advertising this show had a different start time on it, so apparently they were all wrong, and not wanting to be the awkward girl who walks into soundcheck and gets asked to leave, I wander up to the student union where I have an interesting conversation with another Swedish person.

Finally I start seeing people in black making their way downstairs and decide to tear myself away from this broken English conversation trying to explain for the 100th time why I’m in Norway to a drunken Swede. Once I pay and enter the main floor again, I notice little tables set up all along the pit area, so I grab one for my usual people watching.

I won’t tell you much about my previous night in Oslo, only that it involved a Russian/Norwegian woman teaching me how to drink vodka properly and resulted in my having one of the worst hangovers ever. There were also two MMA fighters involved and one of them explained to me about Norwegian drinking culture. Basically it seems to be an all or nothing affair; either you don’t drink or you DRINK. I should have put two and two together and knew my night would end badly once I started, but math has never been my strong suit.

So a lot of my people watching revolves around how often I’m seeing these different groups of people grab beers from the bar. It feels like every 10 minutes. Soon these groups of rather soft spoken, difficult to read people turn into wobbly loudmouths (who still won’t talk to you, by the way….they will just look at you like ‘I know you are not from here’, circle 10 times like a high school dance, and maybe grunt in your face). Later on I would see one of these guys literally pass out standing up, hands folded in a way to keep his head up (I had thought he was on the phone until he started swaying). His friend promptly grabbed him and put him on the rail and kept shaking and slapping him on the back to get him going again. It’s a true drinking culture that I would never be able to handle on a regular basis. 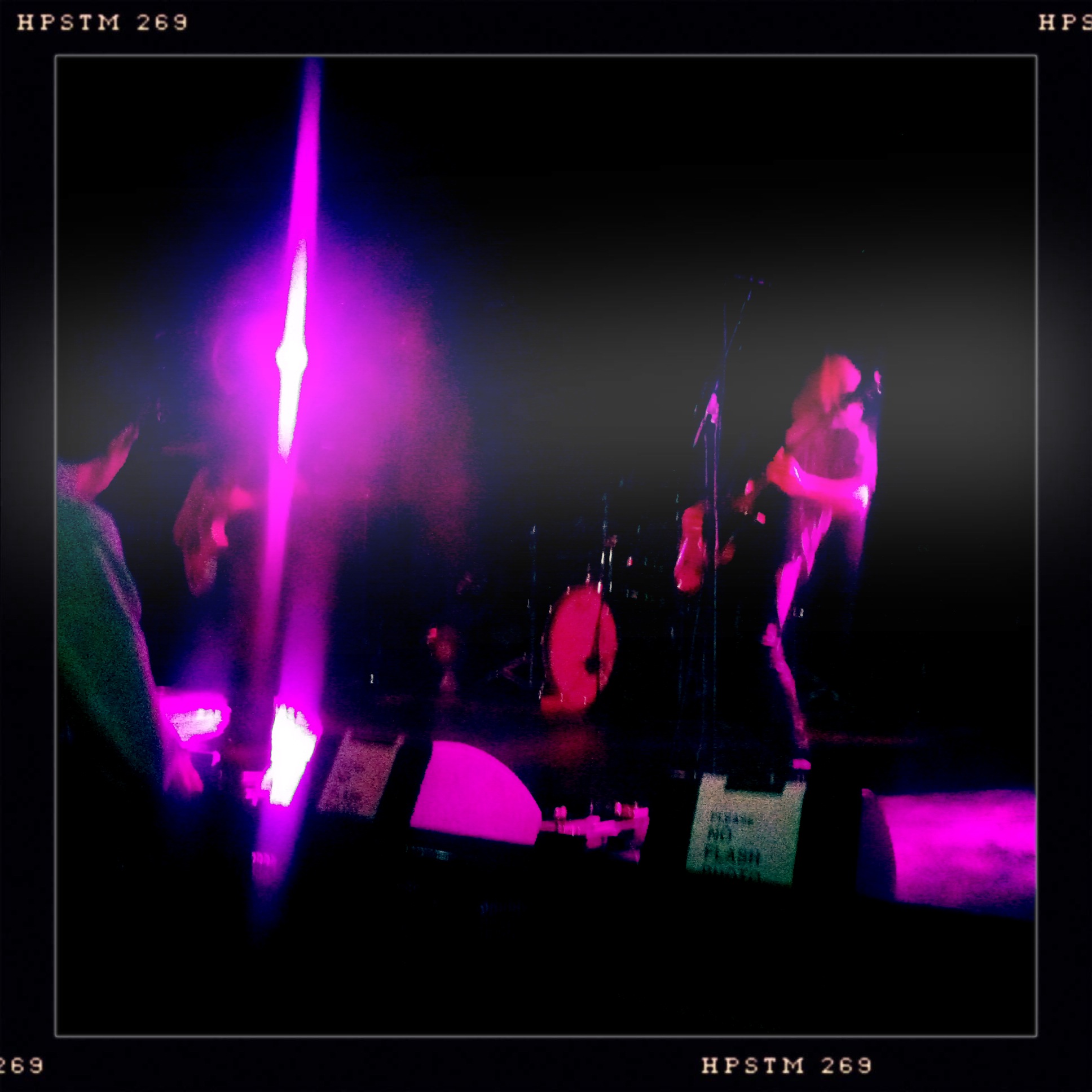 I was glad that I got to see a local opener for this show: Buckaduzz. Their fashion was very reminiscent of grunge and they played stoner metal and obviously had a lot of friends in the crowd. They sounded like Sleep if it were fronted by Matt Pike. I stood a few people back from the rail, watching the crowd gradually file in….and I’ve gotta say, it was damn stereotypical of what I’d imagined it to be like. In one corner, you’ve got viking types clinking beers, drunkenly yammering and spilling all over the place. In another, your typical metal nerd types- students in this case- since this was in the basement of a student union of a music school. Then you’ve got these blond-haired model types with facial bone structure that just doesn’t seem real, who look like they wouldn’t belong here but they are headbanging away….and in my three days in Oslo I’ve come to determine that rock and metal are a bit more of the mainstream culture (though not black metal…that is in the next piece). Speaking of, this is where I encountered my first black metal guys in their native land, and I swear the air turns cold when they walk by you.

So obviously I did not fit in.

But once Shrinebuilder took the stage hours after I expected none of this really mattered because we entered the vortex of doom metal. A supergroup for metal nerds; it is my harsh reality that the only one I’d ever seen perform before was Al Cisneros in Sleep. While years of listening to each’s music has made them larger than life, especially when given this supergroup status, it was rather odd to see them in this cavernous stage in a basement in the outskirts of Oslo. That, and the venue was not very full. But the cavities where people should have been standing were soon filled with sounds of the most unpure kind.

By the time a voice came into play it was like I’d forgotten what one sounded like, which is perhaps half true, since I hadn’t been hearing a lot of English lately. While this venue’s sound left a lot to be desired for me, my focus became what was right in front of me: Scott Kelly on guitar. He’s one of those internal guitar players- where it seems as if he isn’t even aware there is an audience before him. You start to feel all voyeuristic watching him and then BOOM he steps to the edge of the stage and semi-manaically lets you know he knows you’re there. 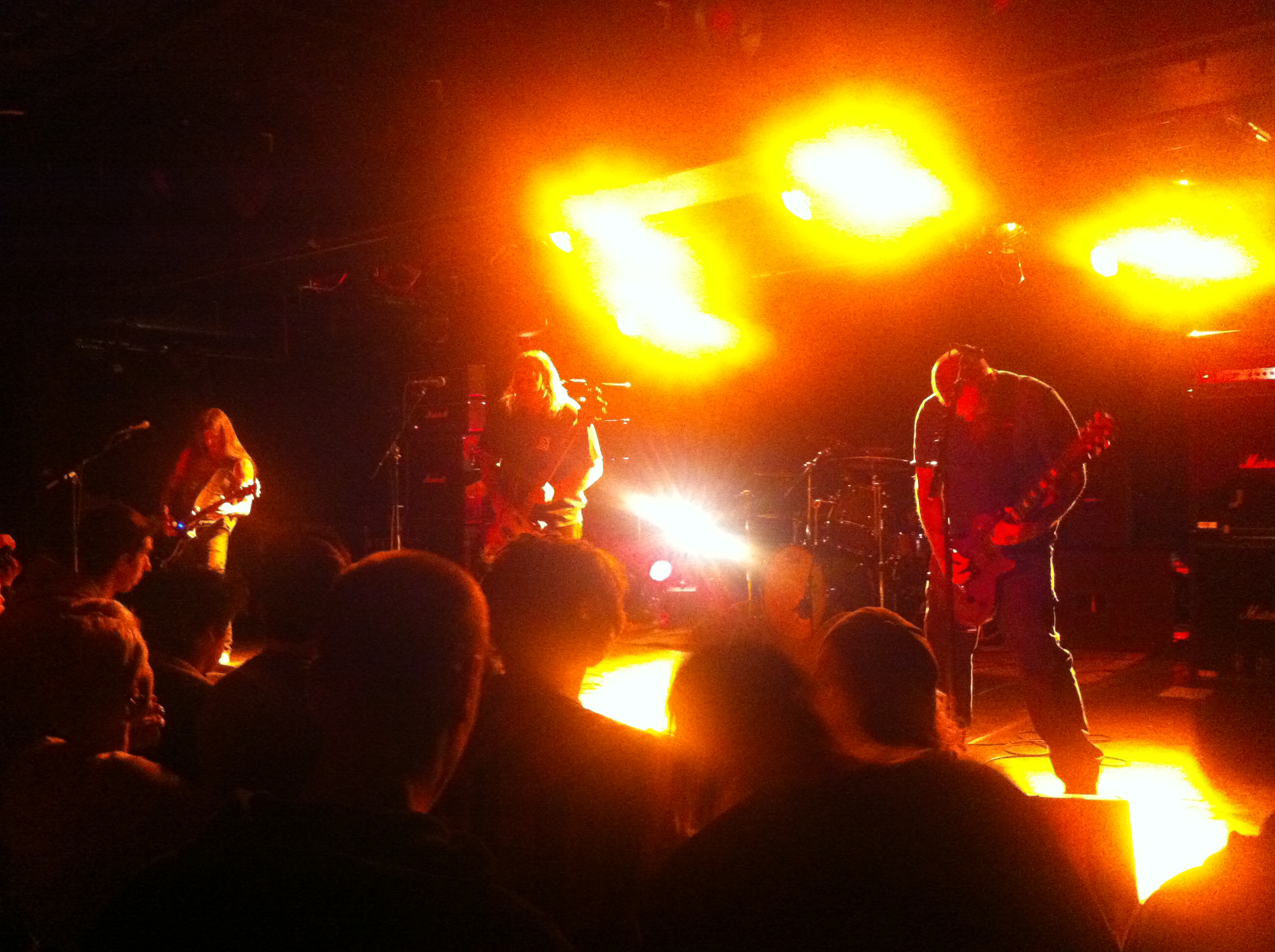 They filled in their set full of tracks from their only album with a couple new songs – and if memory serves me correctly- one of them had never been played before. Shrinebuilder was the perfect soundtrack to being in a strange land: dark and foreboding yet deep and introspective. If I had seen Shrinebuilder at home I think I would have gotten lost in the set; here it made me highly aware of why I was here. It was the part of my story where I take peyote and get lost in a desert a la Jim Morrison….only there was no peyote involved and it was fucking cold outside.

On the way back to my hotel, a seemingly 7 foot tall Belgian guy of all of 20 years of age struck up a conversation with me. He had flown in from Belgium just for this show; and we all know that I superapprove of that kind of behavior. In our walk back to the town’s center, we were talking music, of course, and I asked what bands he would like to see that he hasn’t yet…because that’s what I ask instead of ‘what is your job?’ (BORING!). He answered Tool…A Perfect Circle….Agalloch….there were some others in there…..but each one I was like, ‘oh, I’ve seen them in ___ year and blahblahblahblah, etc’. Well, I get back to my room and sit down and realize, I’ve become that older person that has seen everything and has appointed themselves a music authority when talking to younger folk. Uh-oh.

Maybe that was the moment where I went from being a young fan to an old one.

Great photos from the night can be found here. 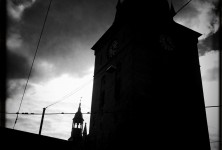 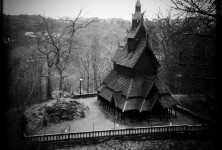