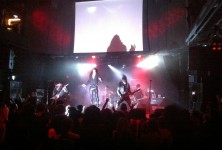 It was a night where I could indulge in wearing my Lip Service gear and more eye makeup than usual.

I have to stop myself from calling the bands that I would be seeing ‘Hot Topic bands’, because to me, that’s what they are. But in reality, Hot Topic now proudly displays Justin Bieber and Lady Gaga merch in its windows, and I look tougher than the kid working behind the counter. I was a first generation Hot Topic teen; though at the time I was too poor to afford anything in there, I still liked to look. It was scary and deviant and the music was loud and the people working there looked like they could be aliens to my rural Texas eyes. But irregardless of the disconnect between them and me, my bands were Manson and NIN and Zombie and Metallica and Depeche Mode…when Alternative was truly the alternative to the mainstream and not just an easy marketing label.

But I digress, probably because as I turned on Doheny, negotiated a more reasonable amount for the lot I wanted to park in, made the attendant park my car for me, and started walking towards Sunset, I felt like a teenager again. Especially when the young raven-haired band member walking backstage yelled something at me, and I thought about how I could probably both literally and figuratively get into his pants. But I kept on walking to the Sunset Strip, where, over the course of the night, I would realize how it is probably a very good thing that I did not grow up in this environment; that this is the perfect time in my life to live within the Hollywood experience. 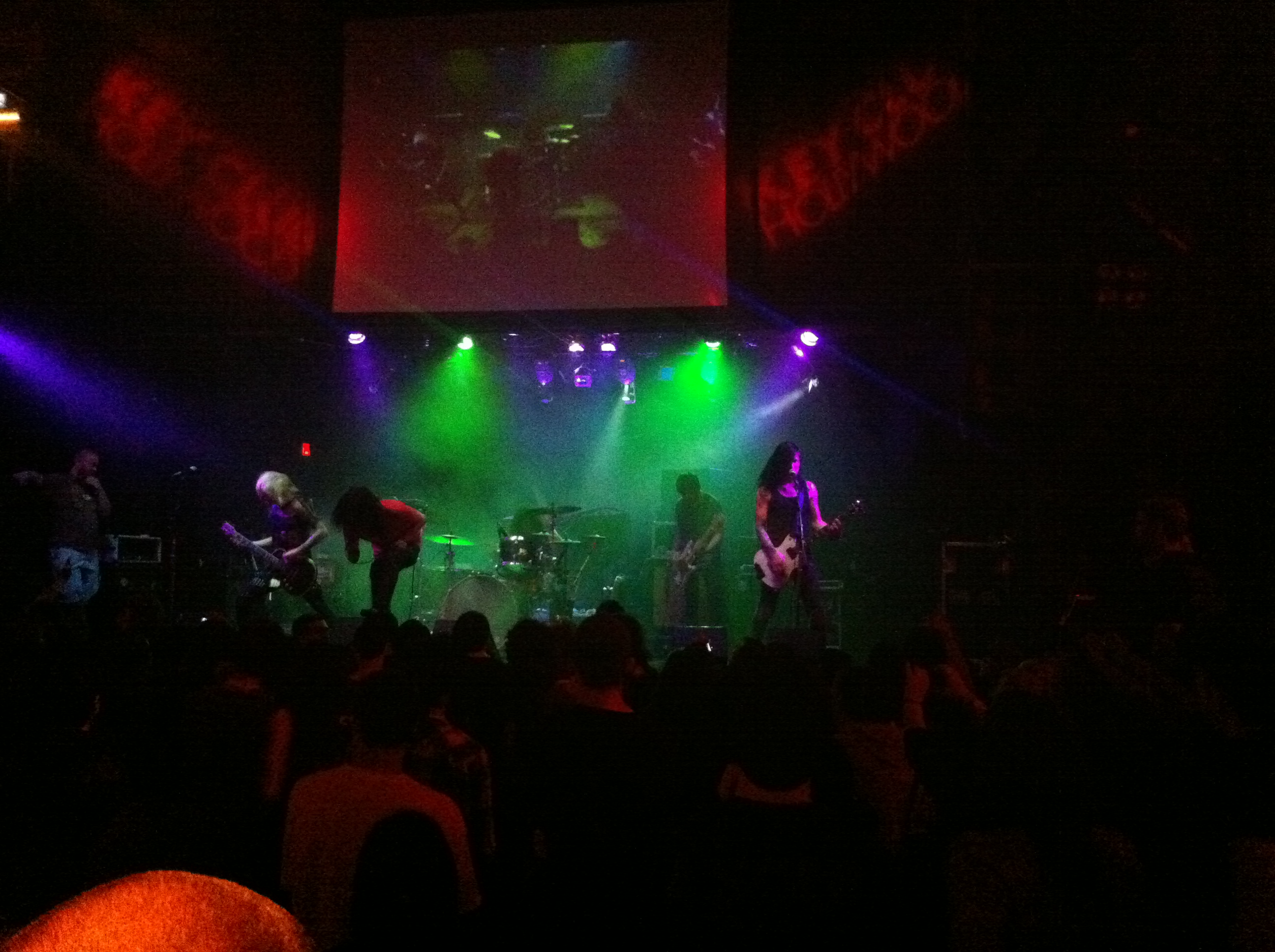 This was my first time attending The Key Club, and it immediately reminded me of San Francisco’s DNA Lounge, a place where I used to spend a lot of time. The band Get Scared are on stage, and just when I was thinking “Wow, that chick playing guitar is hot!”, I realized it was a dude. Which brings up the fact that, down the street, Motley Crue, Poison, and the New York Dolls were playing a show…some of the original gender benders. And that’s when I really started to think about how each generation tries to reinvent itself, but we all end up after the same things. 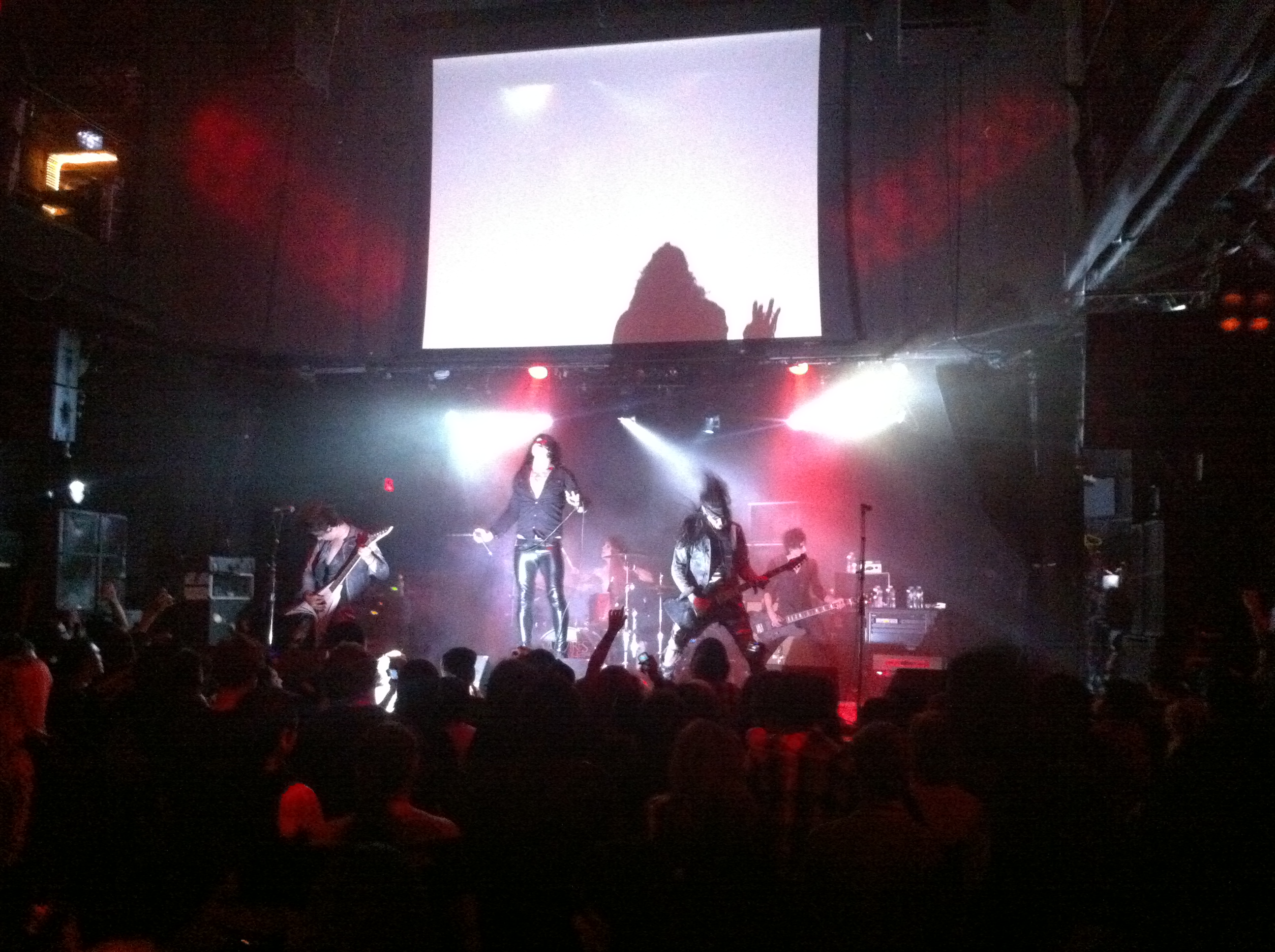 So how did I end up on the Vampires Everywhere! list when it’s not the kind of music that I’m into? I’m fascinated by any band that creates a scene; to me that’s what it’s all about. And it’s obvious in this post-Twilight world that we live in that the vampire thing is a viable hook. The band comes out on stage and the two guitarists bang their heads to release a burst of cornstarch upon the crowd of squealing girls. As the set progressed, I was surprised that it was more music focused than I expected; they didn’t play up the vampire thing much at all. In fact, the drummer seemed like he could have been in an entirely different band since he broke dress code. I’ve seen lots of hardcore bands in my day, and it was odd to see one dressed like this instead of the usual sporty attire; that signature squat during the breakdowns is a bit odd in leather pants. And I’ll pretend I didn’t know when they covered Katy Perry’s ‘Teenage Dream’- I blame my work with The GRAMMYs for that- and I’ll also pretend I didn’t know why the bassist was hiding in the back the whole time. Towards the end of the set, I got to experience live auto-tuned vocals for the first time, which was just as bizarre as I imagined, but I realize that’s something kids are into these days. The scene kids moshed when directed by the lead vocalist, surprisingly not messing up their carefully coifed hair. 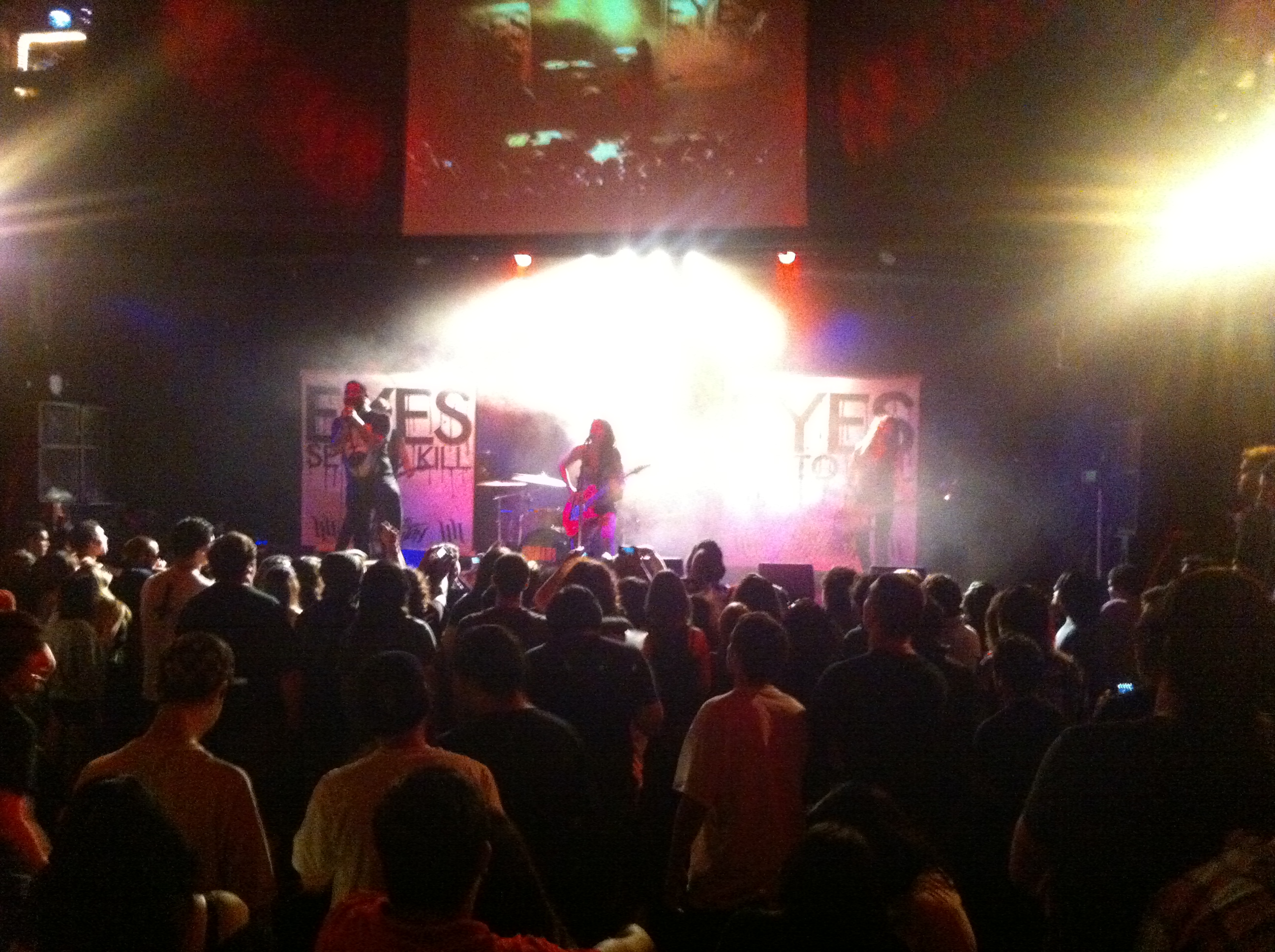 As I waited for the next set, I noticed a commotion next to me and came to realize I was standing near Jeffree Star. I only know this because I went to Warped Tour once. It was also when I noticed the beautiful girls strolling around VIP pawing at the musicians. It is true, there are more beautiful women around here than I’ve probably ever seen anywhere, and a teenage or even early 20’s me probably would have succumbed to a credit card maxing fashion spending spree and plastic surgery bonanza in an effort to keep up with the Joneses, as they say, but luckily I am comfortable and secure enough as myself these days to resist that urge. Eyes Set To Kill came on next, who I saw earlier this year with Rob Zombie. OK, this time there really was a hot chick on guitar…in fact her tiny shorts were so distracting that I don’t remember much of this set as I thought about how I need to do more of the Pilates classes that kicked my ass earlier that day. 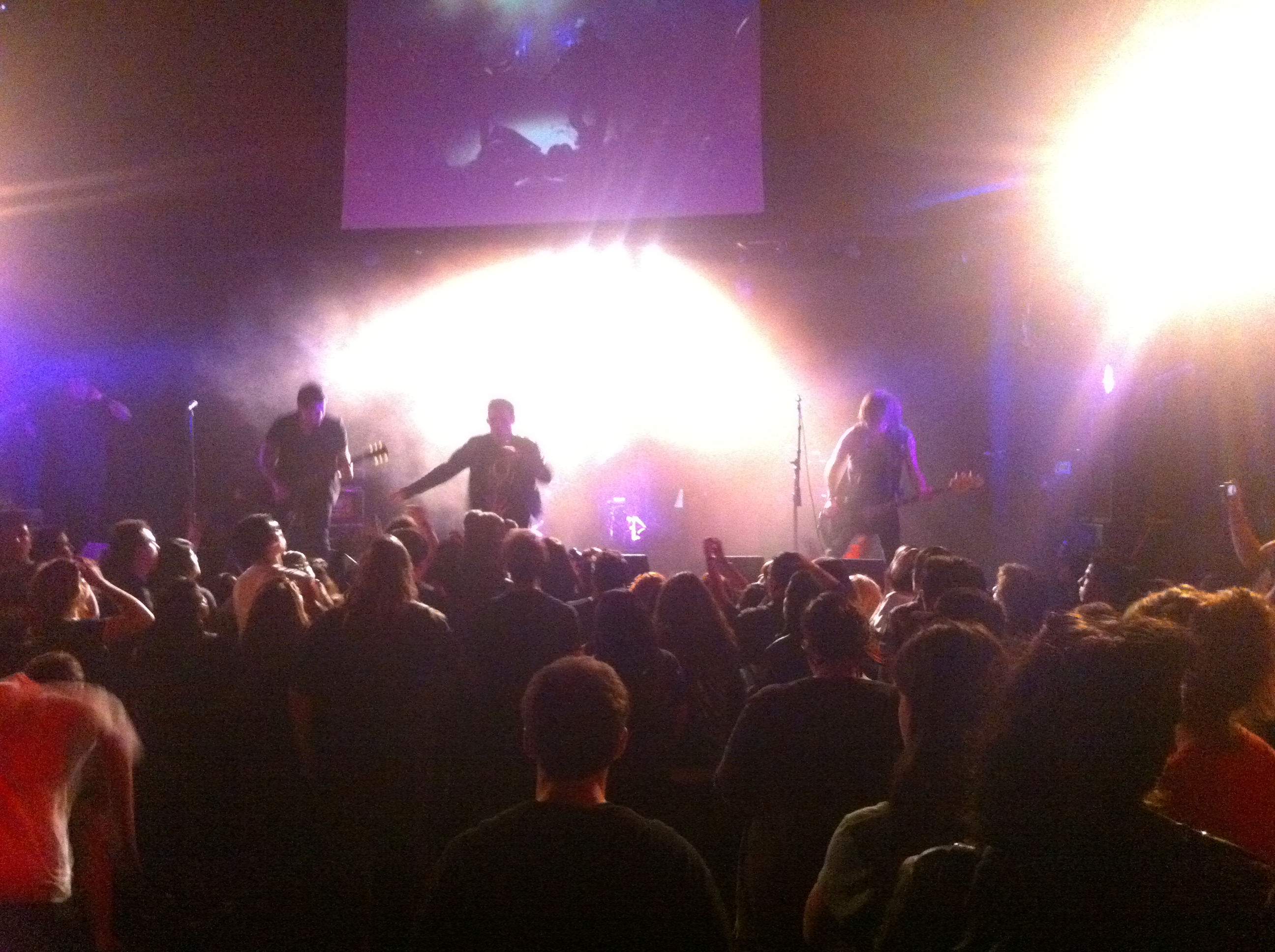 The headliner, Aiden, is a band who’s name I’ve always heard but knew nothing about. Some rocker walks past me into VIP and a bunch of kids run over to line up for pictures with him…I have no idea who it is but I felt annoyed for him and wondered why VIP isn’t roped off better. Aiden has a similar vibe to Dommin but with hardcore elements. The girls really scream for this. Later on, the vocalist would admit his surprise for the good crowd since Hollywood crowds are usually too cool to be into the show. As the show ended, I noticed it was only 11pm! And then I realized that some of these kids probably have school tomorrow…. 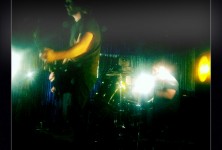 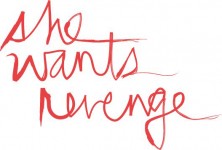