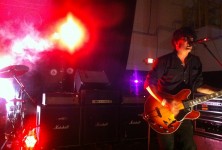 “The shadow’s creepin’, only one way left to go
You hit the bottom where the silence only grows
It’s never alone…” 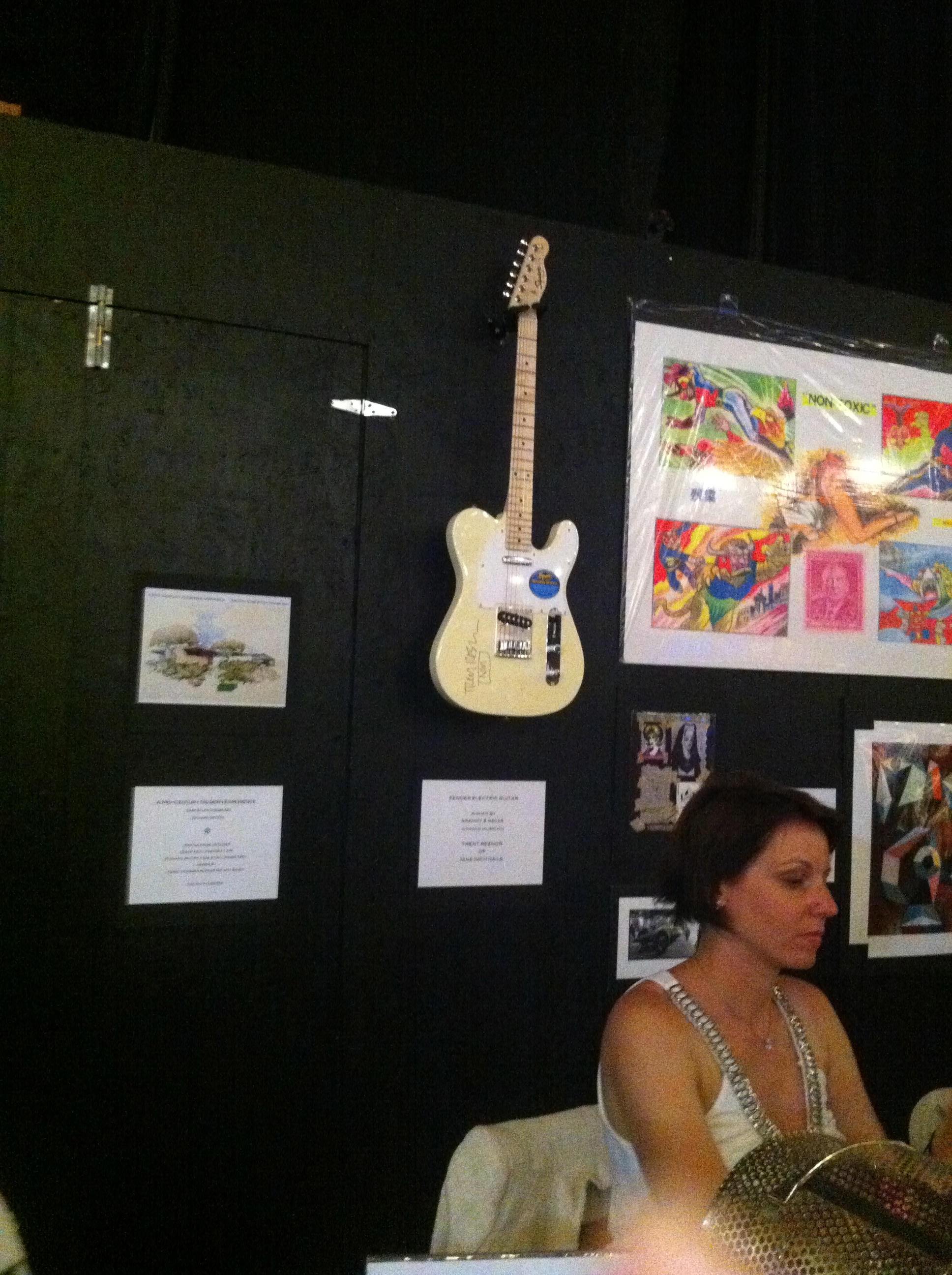 I remember adding this event to my calendar like it was yesterday but it was really a couple months ago which doesn’t sound long but it feels like an eternity because life is moving so fast right now I only react instead of act or something like that. It would be the first thing to go in my LA agenda as an LA semi-inhabitant and would hint slightly at the perks of living in the city where music never sleeps and if my eyes didn’t feel heavy at certain times deep into the night-morning I probably wouldn’t either. However my less fortunate but still lovely ‘I met them through following NIN and they live in Texas’ friends who also love love love the band that would headline this benefit called TwentyWonder had to do the crazy to most but normal to us thing and fly in for this show. But wait, it would only be a twenty minute set, no, twenty-five, but the plans were already set in motion and when you distribute twenty no twenty-five minutes over the days that passed since the last time we saw the band we love it’s like really really small but better than 0. 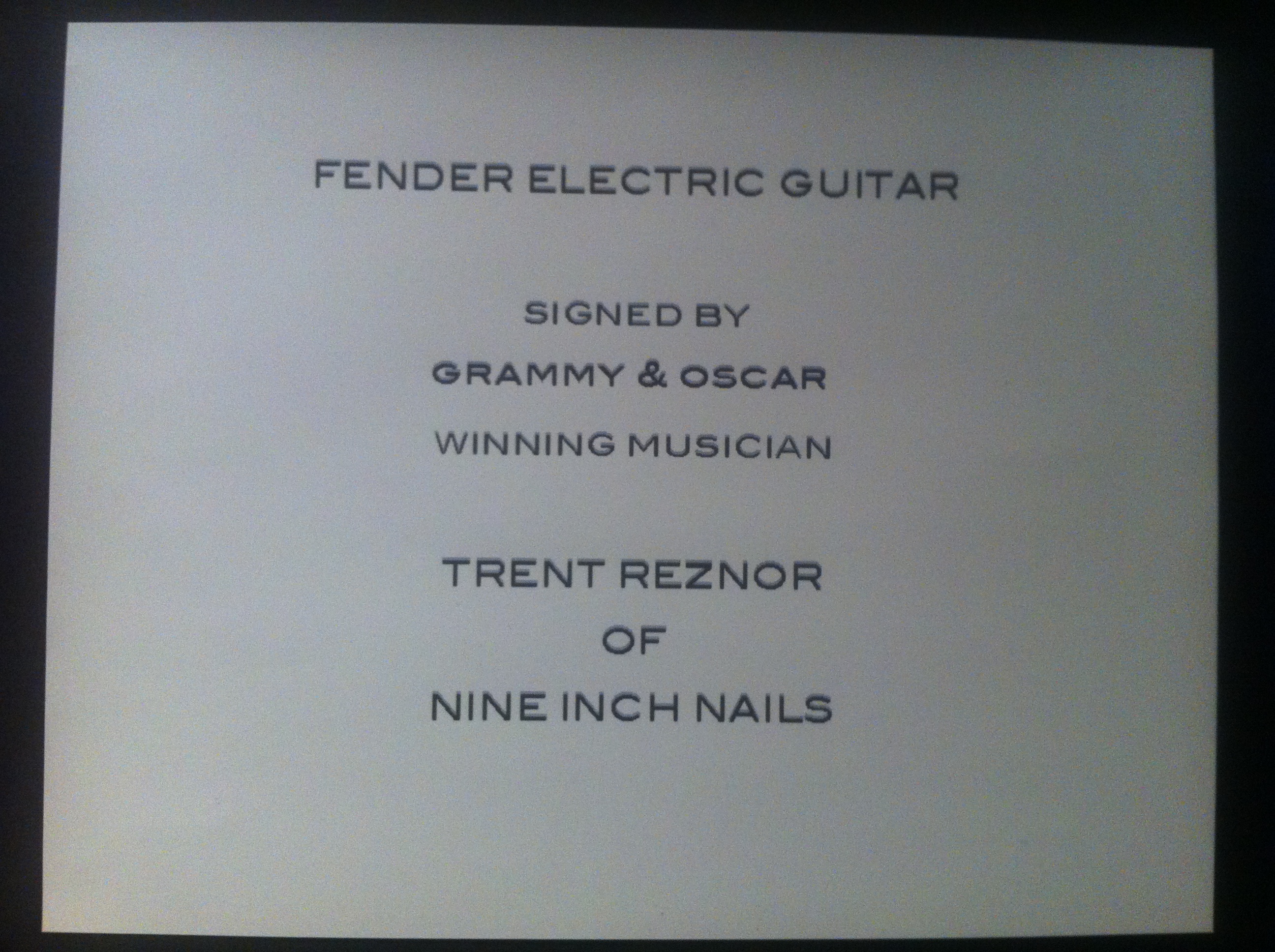 The band is Black Rebel Motorcycle Club and it is blaring in my car as I drive circles…circles…circles around the venue like the rollerderby girls inside are making along the track. I used to go see rollerderby girls in Austin when I was in college and all and it seemed much cooler there and I thought about doing it myself but the fact is that I may be crazy but I bruise easily and I couldn’t think of a good enough name and then they made it into a reality show and I lost interest. I find a spot waaaayyy faaaarrr awwwaaayyy and I have no idea what part of town I’m in but it seems kinda sketch and then a dude whistles at me and I refuse to acknowledge his existence so he yells that I’m a ‘slut’ and it’s sad how much this interaction doesn’t even phase me. 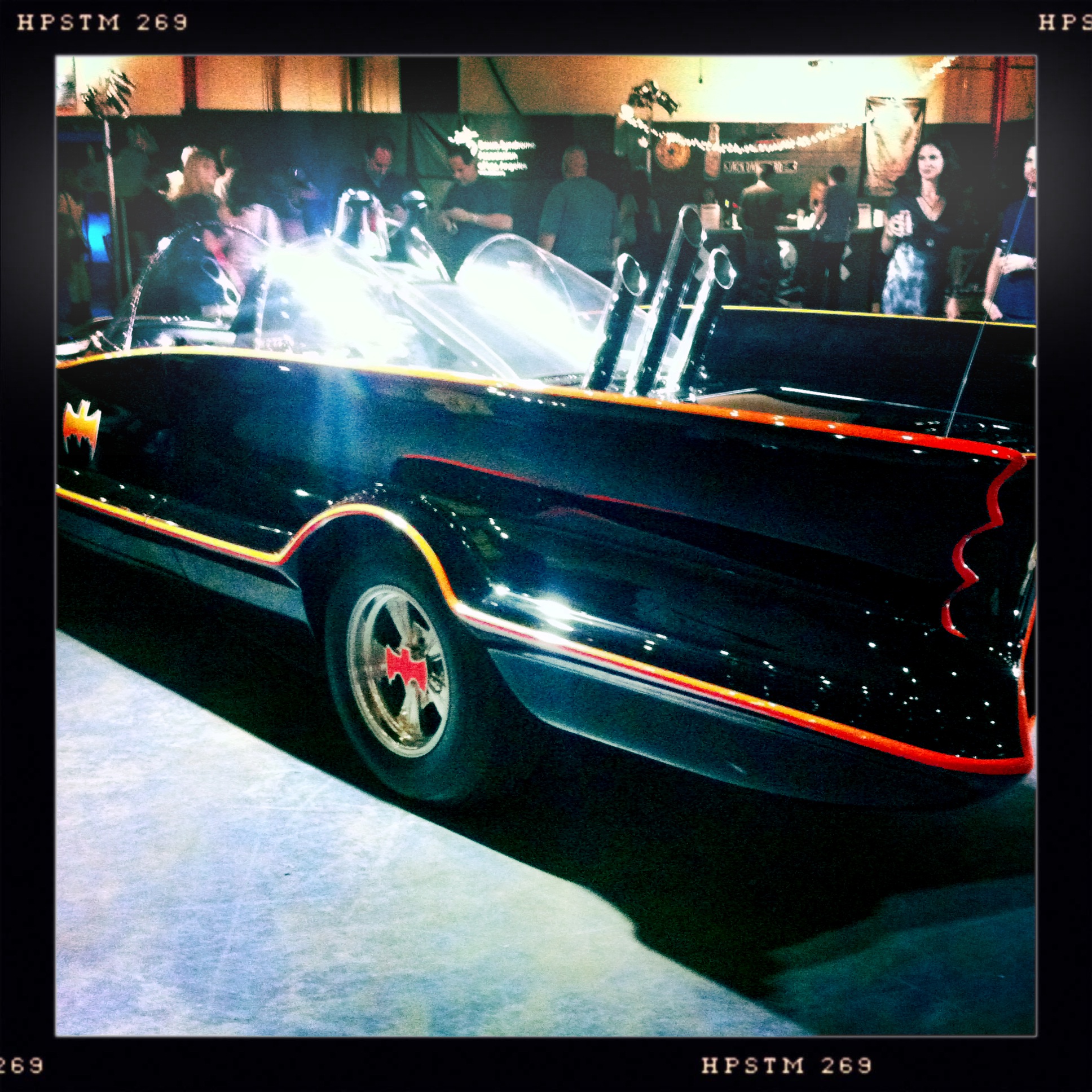 I get into the venue and what I’d pictured in my head for some place called the Doll Factory doesn’t really match what I’m seeing and that is probably a good thing. My crazy but cool friends are already there stalking the stage area but I have an important pit stop to make as I look around the room and hone in on a guitar on the wall. It’s beyond coincidental that this signed guitar by Trent Reznor is in a raffle for a BRMC show that several NIN fans are going to and after a year of drooling over guitars on eBay from the band that went for $$$$$ I calculated with my fuzzy math that this would be my best chance to win something like this. So I dropped a $20 on 4 tickets to a raffle of several items which were nice but irrelevant and ok I was being nice they really were no match to The Guitar signed by That Guy in That Band. Then I went and found my friends who the night before we’d loftily discussed that we would pitch in for this raffle and if one of us won we would put the guitar on a timeshare system and they already had 12 tickets. Then we had time to waste so I visited the Batmobile and drank a Tecate Light and made light conversation until something triggered and I went and dropped another $40 on 8 more tickets and then it was time to go to the stage. 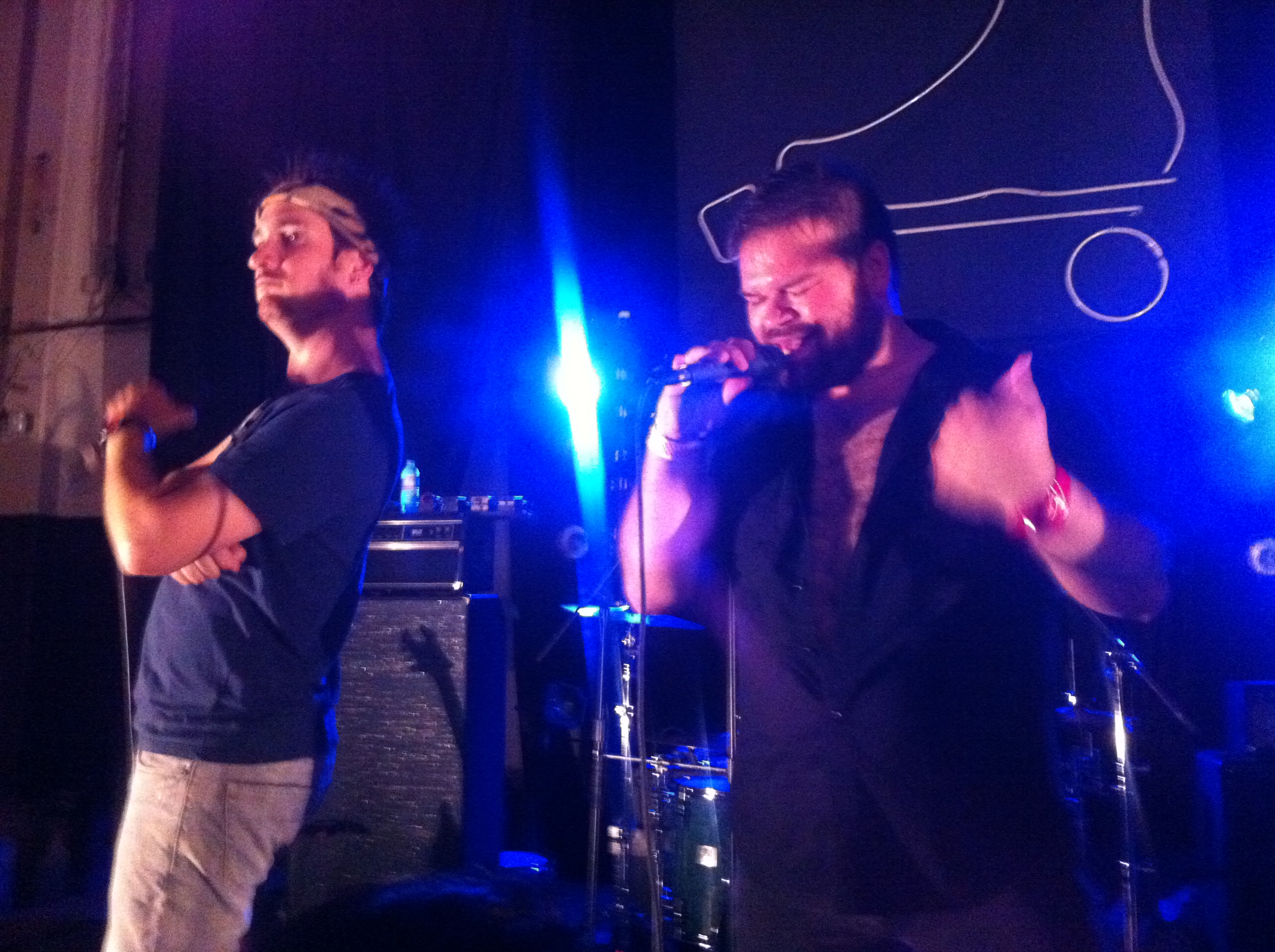 The first performers were this group of three guys from Australia called Axis of Awesome and they described themselves as a ‘Man Band’ and it reminded me of Flight of the Conchords even though I know Australians and New Zealanders don’t like to be compared. It was pretty funny though it was the weirdest opener for BRMC ever and I absolutely positively hate body hair and most pop music. However they did a song that proved that the same melody and chords are used in all of these popular songs so they played one song but sang a medley of lines from many classic songs and it was really clever. Then this woman came out and I thought she seemed kinda crazy until I remembered that it’s Exene from the band X and I realized that this is pretty special and it felt like that especially when we sang ‘This Land Is Your Land’ together sort of. 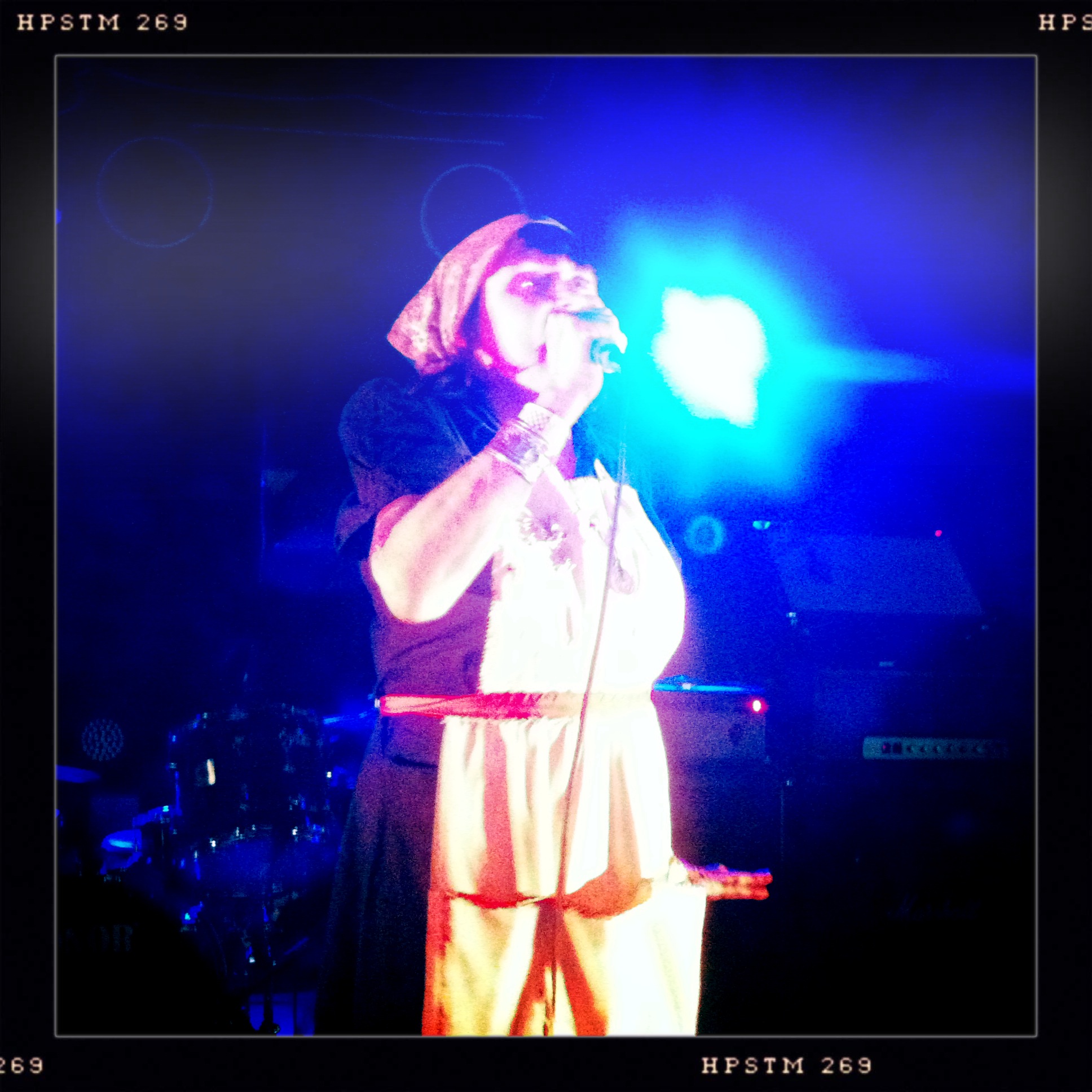 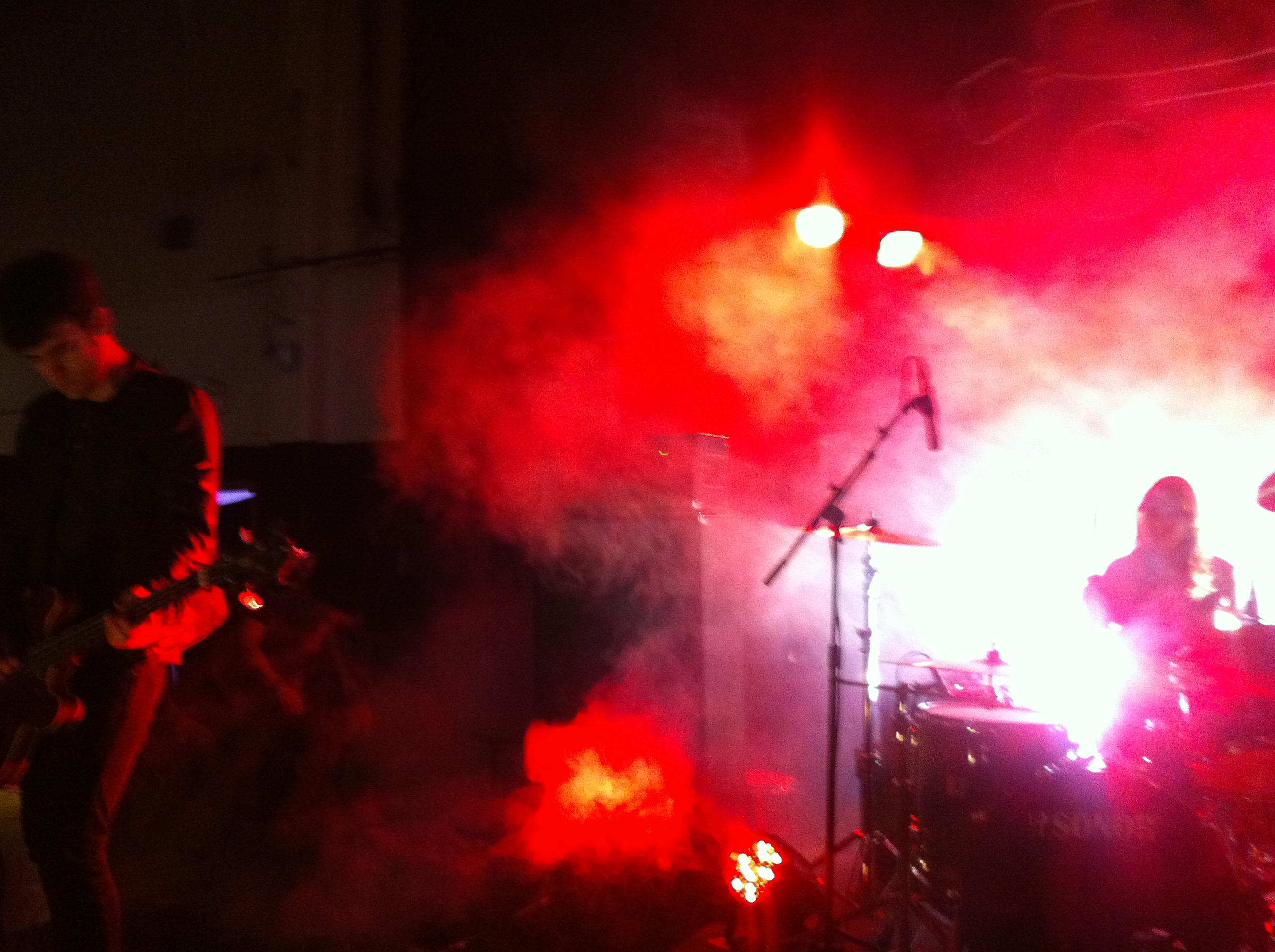 I didn’t let myself get excited for this set because I’ve seen BRMC a lot and I knew a 20 no 25 minute set was not going to ‘do it’ for me like a normal set of theirs does but instead I focused on my friends who were hardcore fangirling as the inside jokes kept piling up which is, like, one of the best things about having band obsessions with your friends. And then the show started and that familiar feeling crept in that’s like comfort and seduction all wrapped up into one which is totally like a drug because I live in a realm where bands are drugs and BRMC is one of about five bands that get me high. According to the setlist the first 5-6 minutes were called ‘Jam’ but where this might indicate some masturbatory guitar noodling meandering meaningless mediocrity on most setlists this was probably a new song as it had lyrics and all but we couldn’t hear them because the speakers were behind us but that’s what happens when you like to stand in the front. 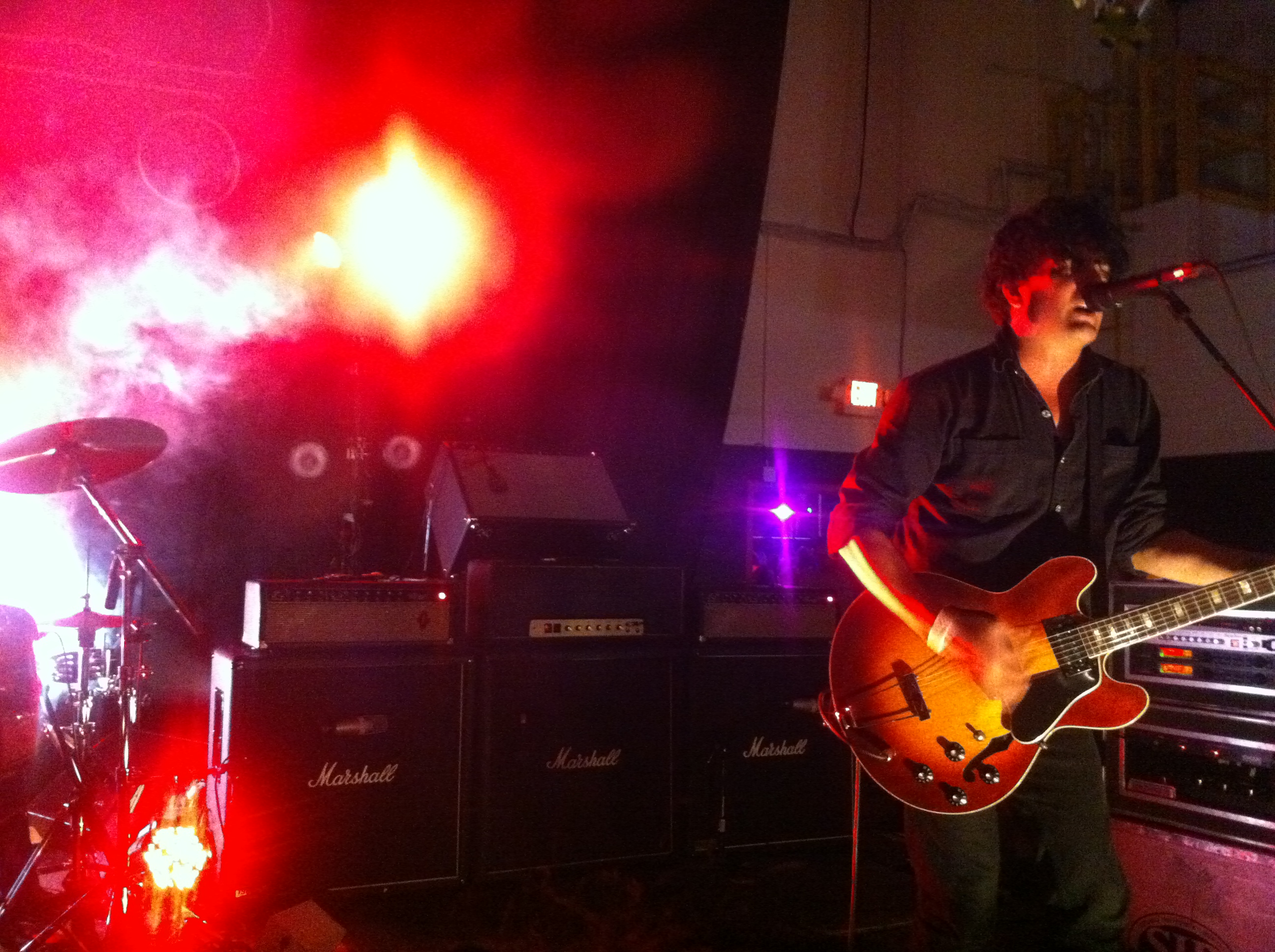 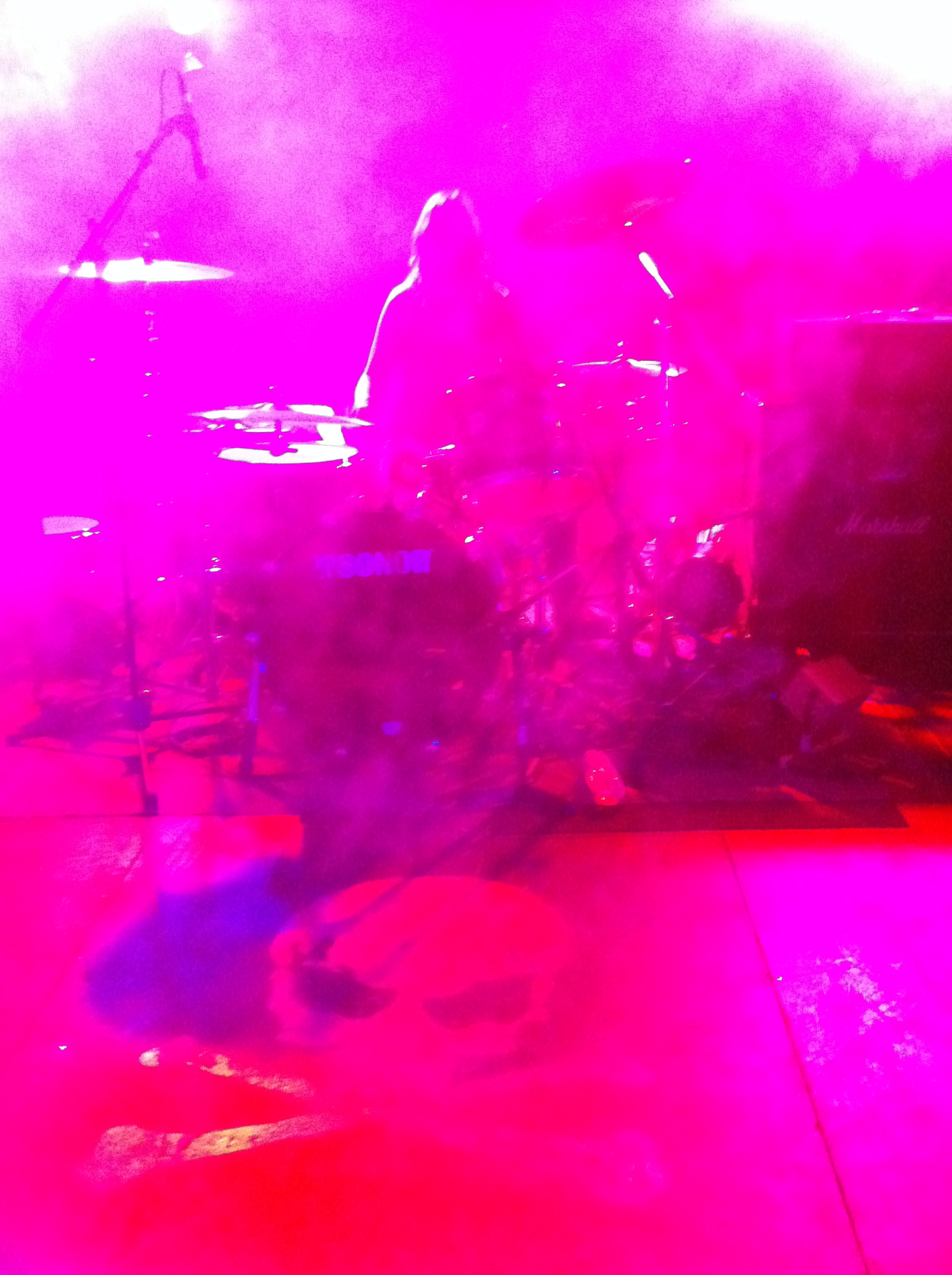 Next came the 6 minute 12 second ‘Shadow’s Keeper’ (+/- a minute with live mods) that got us grooving and then it was the 4 minute 56 second ‘White Palms’ (+/- a minute with live mods) that got us soothing and then the 4 minute 38 second ‘Punk Song’ (+/- a minute with live mods) which got us moving but also riled us up for more because, seriously, 20, no 25 minutes is simply not long enough and whatever happened to my rock ‘n’ roll? But before we could get sad we were reminded of what a great cause this was for and then it was time to call ticket numbers for the raffle that my friend prefaced by saying, ‘get ready for disappointment, ladies’ and we did. First they gave away some art and then a vegan lunch while I secretly thought ‘don’t call my number don’t call my number don’t call my number’ and then it was time for the guitar and I dropped the ‘don’t’ from that previous statement and thought about how my reading the other day told me I’ve been on a streak of really bad luck. And then the man on that stage CALLED. MY. NUMBER!!!!! and I kind of sort of uttered that it was mine and my friends thought I was joking and I showed them the ticket and raised my hand and we all screamed like little girls and I walked over to collect my prize thinking the entire time that a bout of dyslexia had just hit me and I was going to be rejected somehow because stuff like this never happens to me. 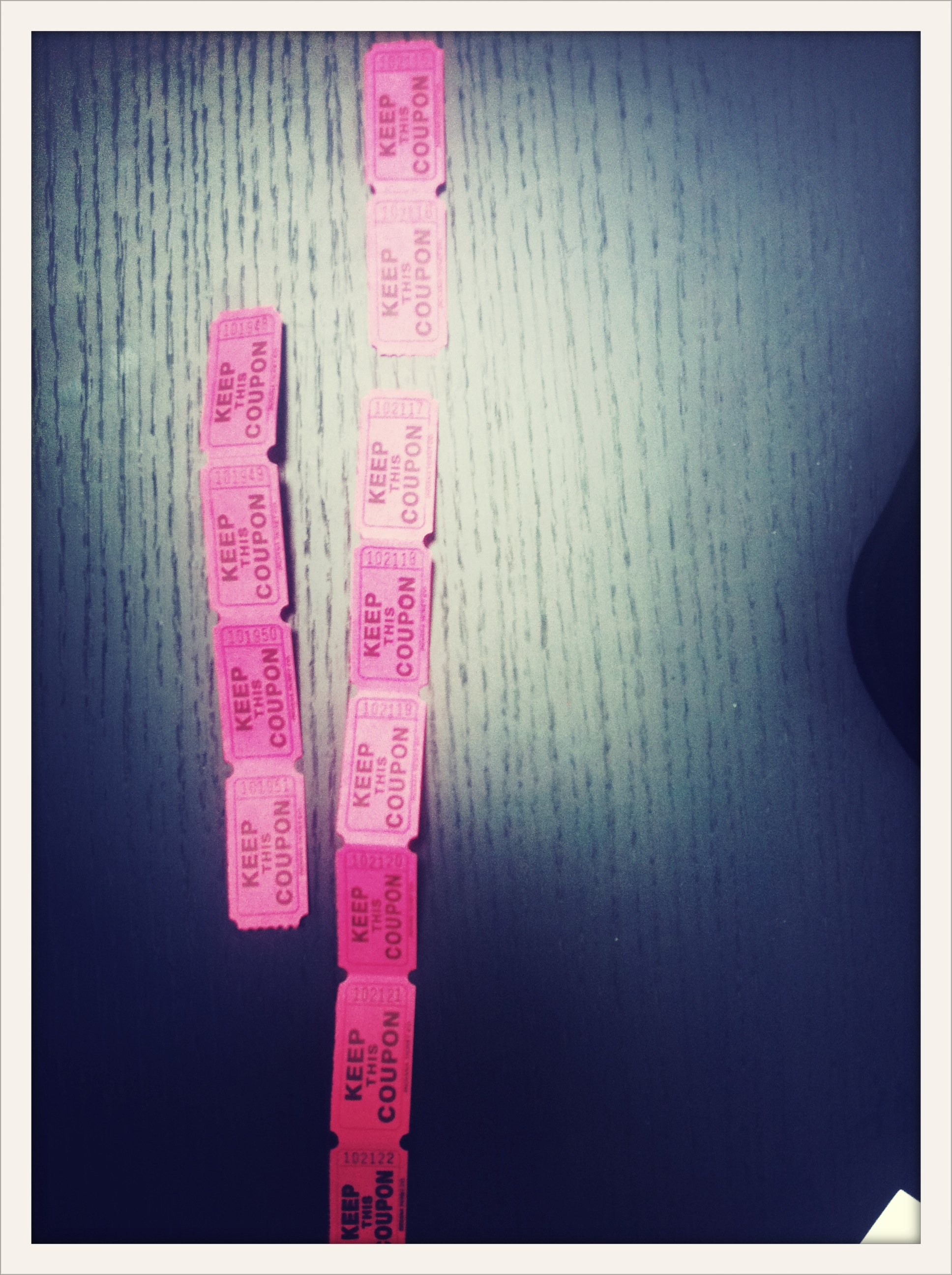 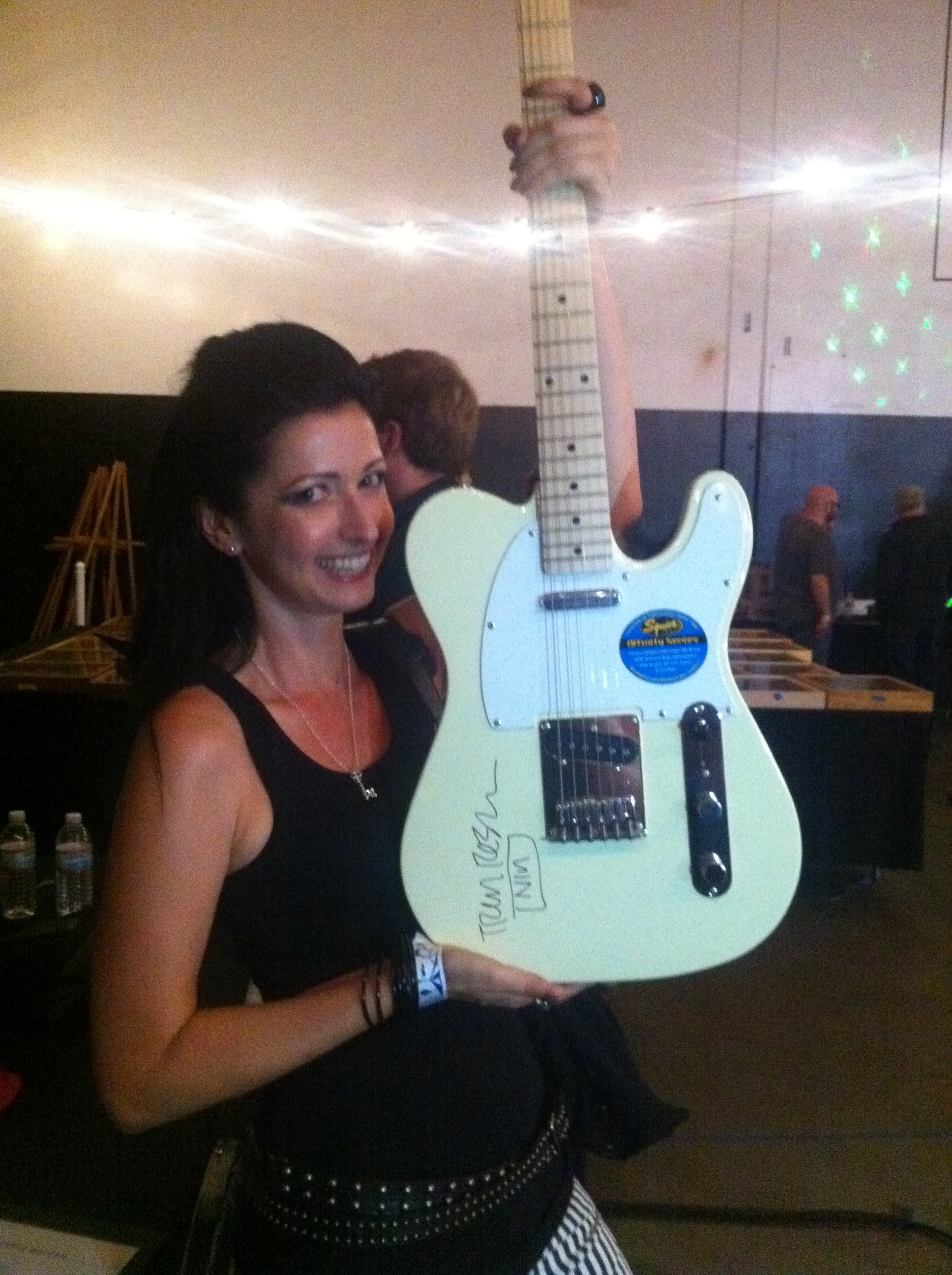 I was shaking like a silly person until I actually got to hold the guitar and hope became luck became reality and some girl came up to ask me if I was a ‘real hardcore fan’ and I must have half growled when I answered ‘yes’ that had a silent ‘don’t even think about it’ because she didn’t even try to offer me money for it. Then my friends who have experience with getting the coveted tambourines at NIN shows and having people plot to steal them from them on the way out became a de facto entourage as they escorted dazed and confused HRC out of the building as people said things like ‘lucky’ and ‘congratulations’ towards me through gritted teeth which are things no one says to me like ever and it was kind of hard to process so my friends started answering for me: “take care of it” / “she will”…”you can sell it on eBay” / “she won’t”. It wasn’t until much later in the evening when I actually slept next to the guitar that I think I really started to realize the chances of a) being at that show b) with my other core band c) buying raffle tickets for multiple prizes where the wining ticket came from the second set I felt compelled to go back and buy d) winning that particular one. I’m not religious but I am spiritual and if my mom is my guardian angel now she definitely had a hand in this one and yeah, in case you are wondering, the guitar is going on Skype dates as part of the timeshare and a photo shoot has already transpired. Ain’t it funny how NIN may be in hibernation but my story with the band still continues on and on and on and on because the music never dies. 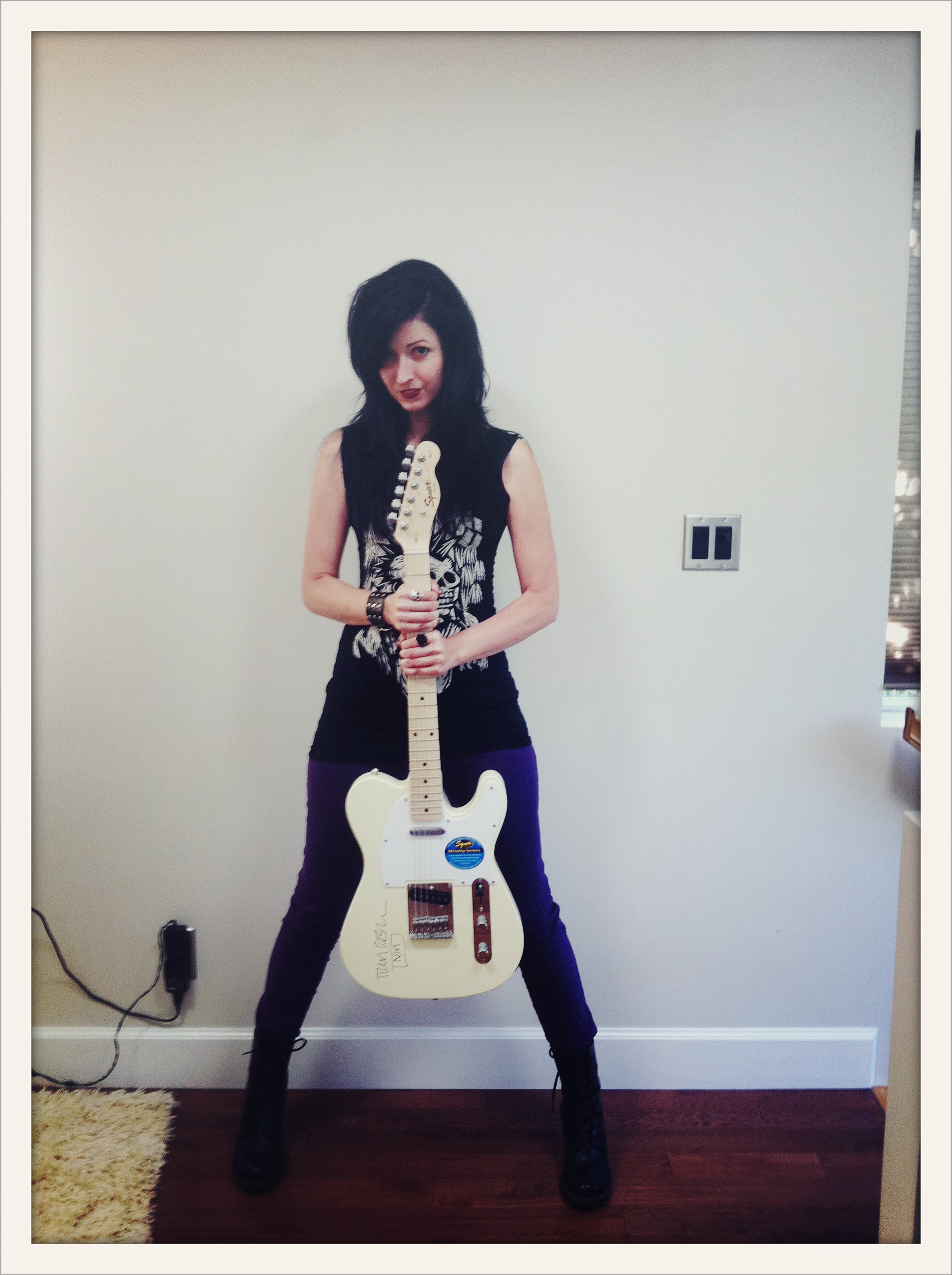 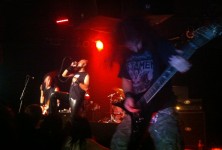 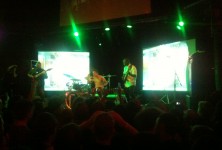