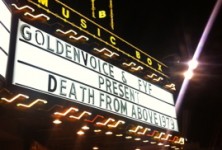 That morning I woke up crying.

I’d had the most intense dream yet about my mom. She recently started appearing in them…however, she’s still sick. In the dream, we’re trying to navigate something to find a magic potion that will save her. I have that feeling that I had every waking moment last summer of a clock ticking closer to the end; rush, rush, HURRY! She’s so sick but we are making her run, and finally we find a horse that is beautifully decorated to put her on. And I ask her where she is going to go on the horse, and she says she doesn’t know, just that her time is up and that’s how she wants to spend her last few minutes. And I look into her sick eyes and everything goes black.

I hadn’t cried about my mom in a long time. I listened to The Judds and looked at pictures of her, and that was my morning. 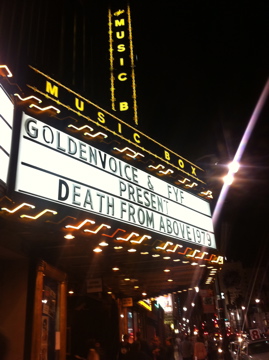 In what felt somewhat symbolic, after a couple months of hiking the area, I finally made it up to the ultimate apex, behind the Hollywood sign. To see the sprawling landscape of LA from afar brought into focus the fact that being here has really been something good for me. Beyond helping me get over my life being turned upside down, I think I’ve really grown as a person, and am learning to live life on my own terms.

The rest of my evening would take place along seedy Hollywood Boulevard, as I walked to a birthday dinner that took place at a restaurant right in front of Jimi Hendrix’s star, and then stumbled to The Music Box, which I hadn’t been to since an absolutely epic NIN show for many reasons.

A large group of us walked in right as Death From Above 1979 were going onstage. The next thing I know, the birthday girl has grabbed my hand and I’m headed to the front. We’re weaving in and out of writhing bodies, two small girls in too nice of outfits to be in there. And then we got caught in a mosh, and somehow we’re now three people from the rail in the center. 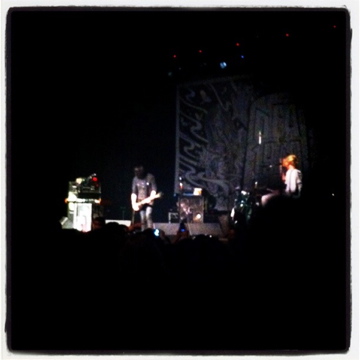 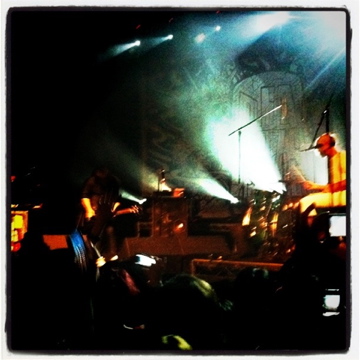 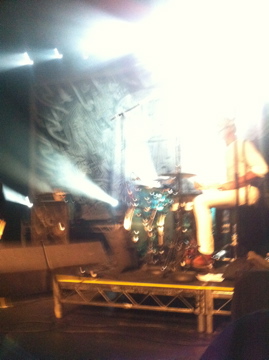 I’ve heard a lot about DFA 1979’s shows, and what was going on both onstage and in the crowd lived up to that hype. It was pretty rowdy. However, as a casual fan, it didn’t exactly turn me rabid for them…I thought it sounded kind of disjointed and anticlimactic live. But people all around me were having religious experiences…I just closed my eyes as my feet were barely touching the ground and pretended I was back in a NIN pit. And then at one point I broke all my rules; some dude pushed me and I pushed back and he caused a stir so I threw my drink on his head. I lost an earring and my jacket fastening got caught on the woman in front of me’s fishnets, and I was bound to her until the end of the show. “I’m really not trying to get fresh with you, it’s just my jacket is caught on your tights and I don’t want to rip them…” I screamed. She didn’t care, she was in pure ecstasy over this band and pulled me closer.

Everything just turned into noise after a while as I watched the birthday girl have a great time and tried to remain upright and not lose anything in my bag. We’re jumping up and down and I look around and see every person around me working out whatever stress they have in their lives, literally shaking off the weight on their shoulders. Life is so heavy; I’m glad I have music and friends that are there to wipe away the tears. 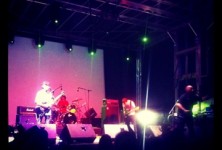