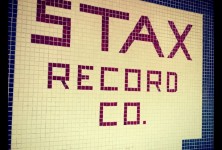 As the one year anniversary of my mother’s death approached, I knew I needed to do something to distract me. When a trip to go see the bestie in NYC fell through, a conversation that took place while purchasing a commemorative bottle of Motley Crue Jack Daniels at the Sunset Strip Music Festival resulted in a plane ticket to Nashville. I had always wanted to go check out this country music epicenter; being from Texas I was raised on old country, and it has influenced a lot of the music I listen to today. My mother and I were supposed to take this trip together, and it never happened. So this felt like a good place to be. 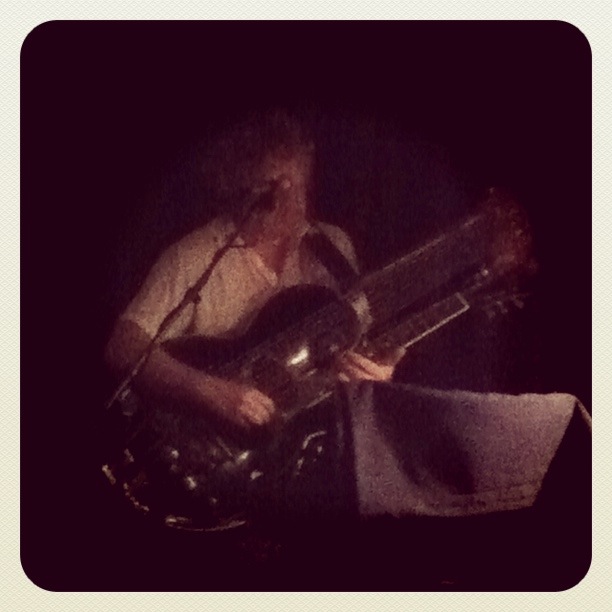 Ellendale’s, Nashville: Gourmet, sustainable Southern food, this Nashville fixture filled our bellies while providing surprisingly great dinner music. As we sat down, Tom Shinness started playing Little Wing, and my doubts about crappy dinner music instantly evaporated. And he plays on a 16 string harp guitar! He invited us to a monthly Nashville meetup on Sunday of singer-songwriters…unfortunately we didn’t get back to Nashville in time. Tip: Get the Southern Fried Tofu and the Key Lime Pie with Jalepeno whipped cream! 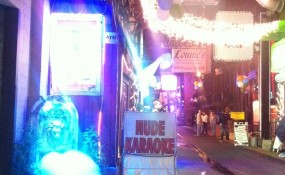 Printer’s Alley, Nashville: Somehow we ended up in the ‘seediest’ part of Nashville to escape the patrons of the Taylor Swift concert that had just let out. I won’t tell you exactly what my girlfriend and I did there, but it was an area filled with character.

Monells, Nashville: The best recommendation I received for this trip! Not music related….but I’m sure it’s fed a musician or two. You sit at a table with strangers and they just keep bringing out the food to you, like a holiday meal! We sat with a bunch of locals that gave us tips on things to do, stating, “we just want y’all to have the best time!” People are so nice in TN.

Graceland, Memphis: I’m a huge Elvis fan, but I expected Graceland to be kind of a joke. But I actually loved it! The house itself was smaller than I thought it would be. It felt more like a museum than a house tour, but I learned a lot and it wasn’t as gaudy as I expected it to be. It was strange; the only time that weekend that I got misty eyed was at his grave, which is about the same distance from his house as my mom’s is from ours. The audio tour is informative, so even though it looks silly, don’t miss it. Also, get a PB & B at one of the cafes, and even get your picture with Elvis! 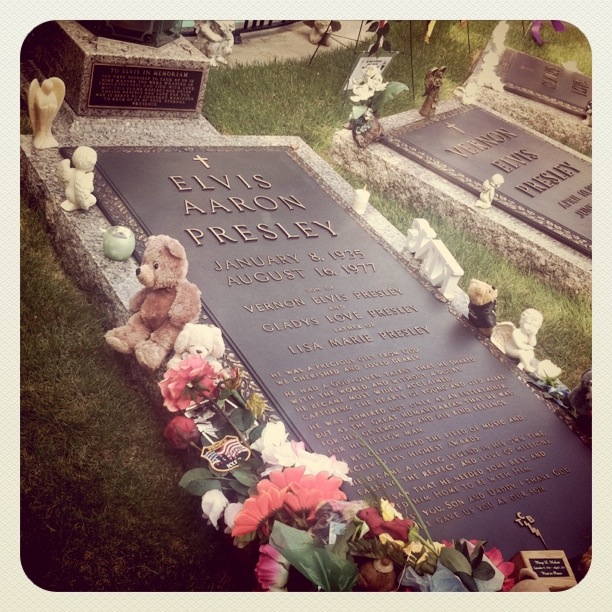 Stax Records, Memphis: A very well curated, self guided tour. Look to the right when you enter the building to catch the Led Zeppelin plaque. 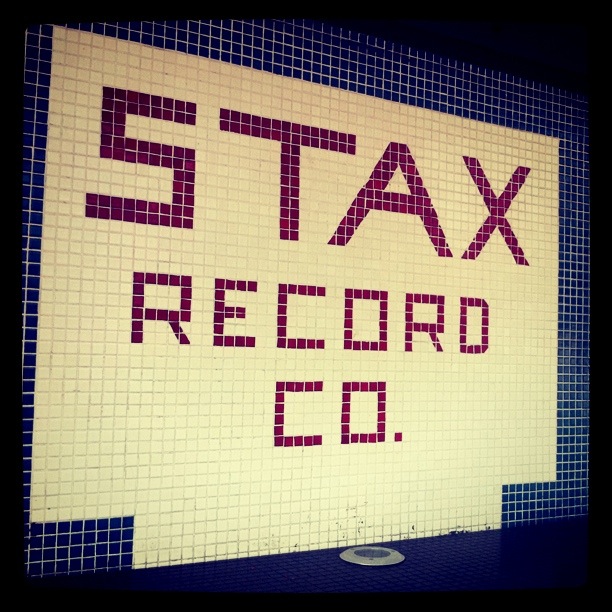 Sun Studio, Memphis: Probably the surprise highlight of the trip. It’s so small, but so meaningful. I love being in places where you can just feel creative energy…and this is definitely one of them! The tour guide we had- Cora- was great. I surprisingly learned how distortion began- an amp fell off a truck Ike Turner was in, and they patched it with newspaper…and there you go. Happy mistake. Being in the actual studio, which is still in use, was amazing. The highlight was seeing the famous photo of the Million Dollar Quartet hanging there, and the wall in the photo is the same as the wall it’s hanging on! Also, you get to hold a mic that Elvis used….pretty cool! The Mississippi River, Memphis: It was another happy accident that we rolled up to the Mississippi River right as the sun was setting, and it was absolutely breathtaking. I wanted to cue “Tom Sawyer” but instead Metallica came on and I gazed across the river towards West Memphis and thought about how those boys were now free. Memphis is SO SMALL but the river is HUGE and in that moment, though I love being in LA, I felt my Southern roots shine. 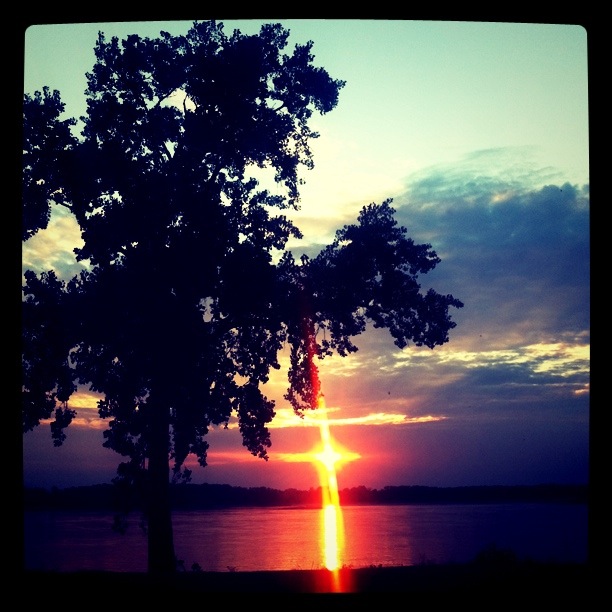 The Cove, Memphis: We asked our Sun Studios guide where to go that night, and she recommended the Pirate themed dive bar over the more popular Beale Street. It was great…I got my own Absinthe drip and would have even been able to eat some raw oysters had I gotten there a bit earlier. The bar is shaped like a pirate ship, and a great little rockabilly band was playing. 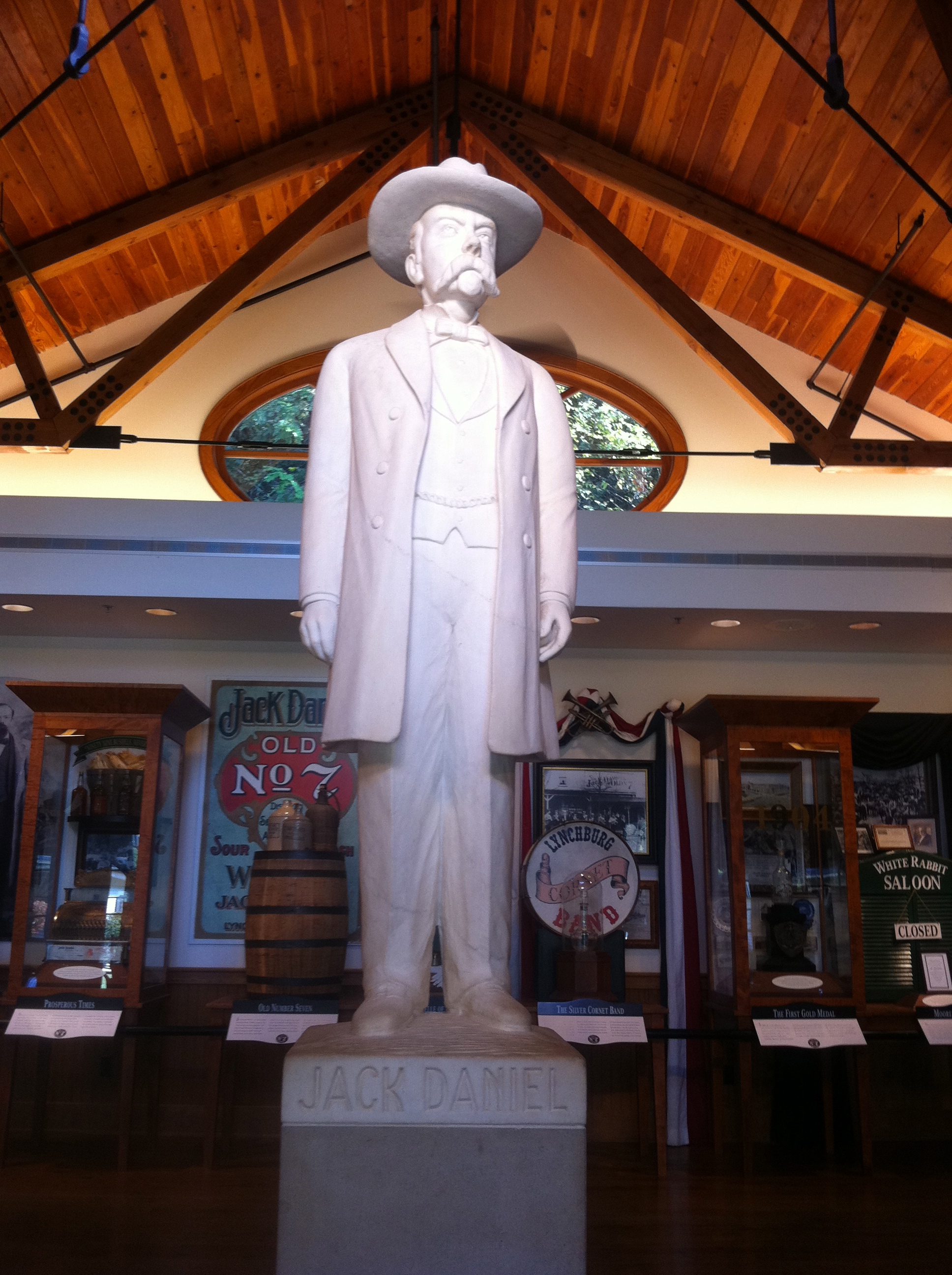 Jack Daniels Distillery, Lynchburg: I’ve been drinking JD since I was a teenager, so even though it was nearly a 5 hour trek to the distillery, we had to do it. We went through very rural TN, straight through the area where Holly Bobo was abducted (the marquees informed us of this everywhere in the area). Once we got to the Distillery, we were saddened to realize that it’s Sunday and you can’t buy liquor on such a religious day. This sucked, because a) you can get bottles etched with your name….so I didn’t get an HRC commemorative bottle of JD 🙁 and b) I had been waiting to try this JD Honey there and c) the actual 1 year anniversary (4:30p) of my mom’s death occurred while I was there…and a drink in hand was how I intended to deal with it! However, this was the last day for a couple weeks we could see the distillery up and running, as they were about to take a break for annual cleaning. It was a great tour, people can talk shit about JD all they want, but the tour made me even more of a fan. You literally can’t go two minutes in that town without someone saying “Jack Daniels”, and everything you eat or can buy in the town is somehow related.

Hutton Hotel, Nashville: Our last two nights in Nashville were spent at the Hutton Hotel, which doesn’t look like much from the outside, but is great. We stopped by the bar on our way out that night, and not only was our bartender entrenched in the Nashville metal scene, but he introduced us to the rest of the patrons in the bar: members of Evanescence, Seether, and some singer-songwriters that were recording nearby but live near me in Hollywood. Robert’s Western World, Nashville: A recommended local venue, this place would have been high on my list had a sailor in uniform not grabbed me in a sensitive area while dancing with a girl as I walked in. Though slightly traumatized, I refused to leave. Luckily, the band on stage played some fantastic country rock, namely, Gram Parsons…who’s death anniversary was the following day. 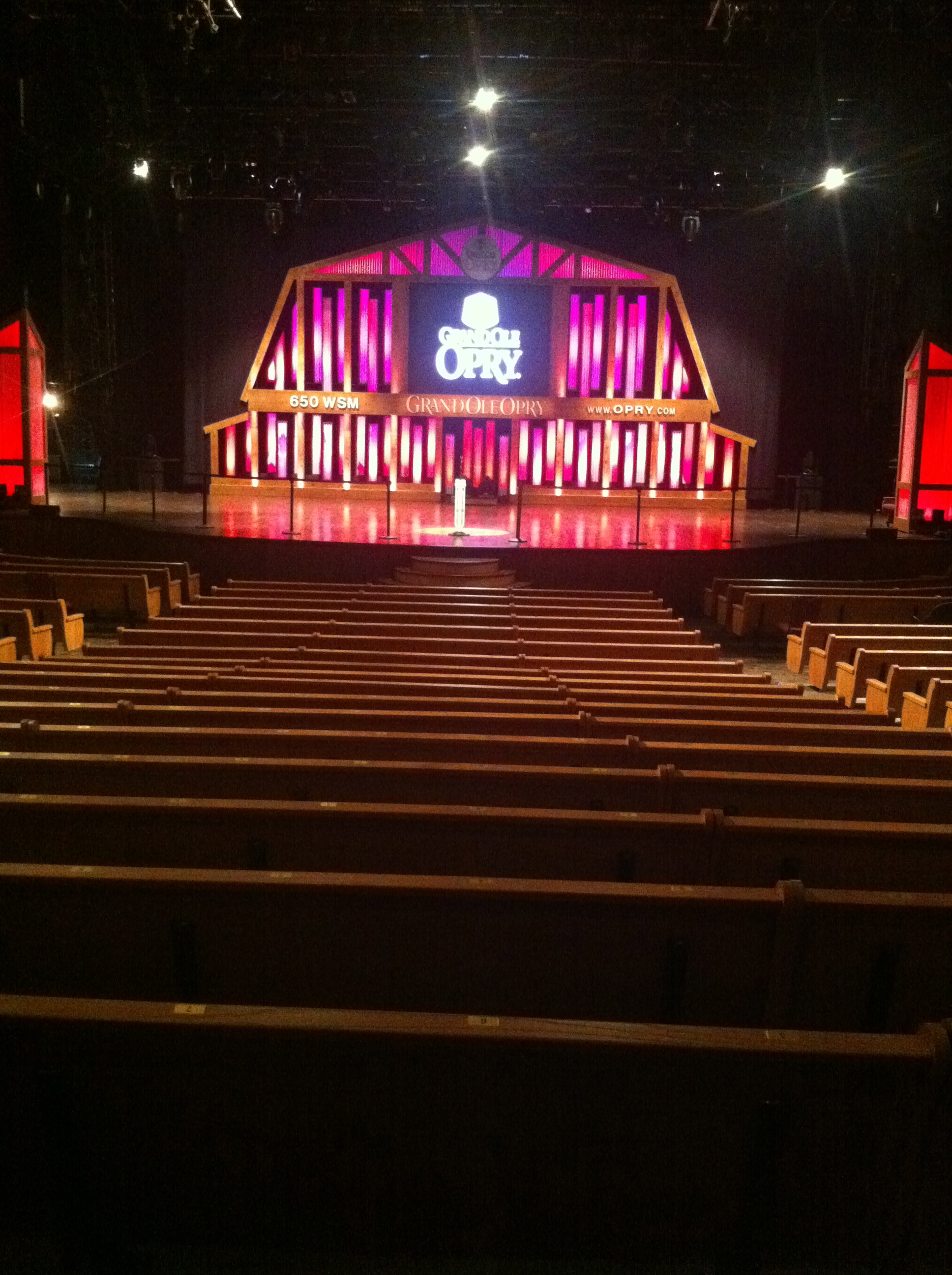 Grand Ole Opry, Nashville: Another surprisingly great tour, I learned a lot, and re-realized how great country musicians are at preserving their history and helping each other out. The flood devastation was taken as an opportunity to nicely upgrade the place, and it really is a beautiful theater. Sadly, I didn’t get to see a show there- next time!

The 5 Spot, Nashville: We were told this was the Monday night spot…and they were right! I guess you could say it’s a little hipsterish…but those kind aren’t as offensive in TN. We danced the night away to classic soul music…something I haven’t done in ages! 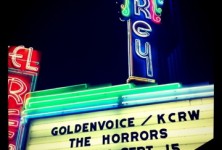 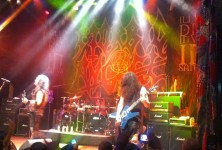