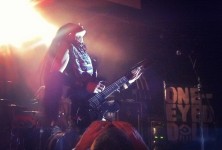 I stood in LACMA staring at Andy Warhol’s Rorschach. What do I see? A guitar!

It made no sense for me to drive home and then to the Sunset Strip, where’d I’d be seeing two shows that evening. So I did something I hadn’t done in a long time….I changed clothes in my car! 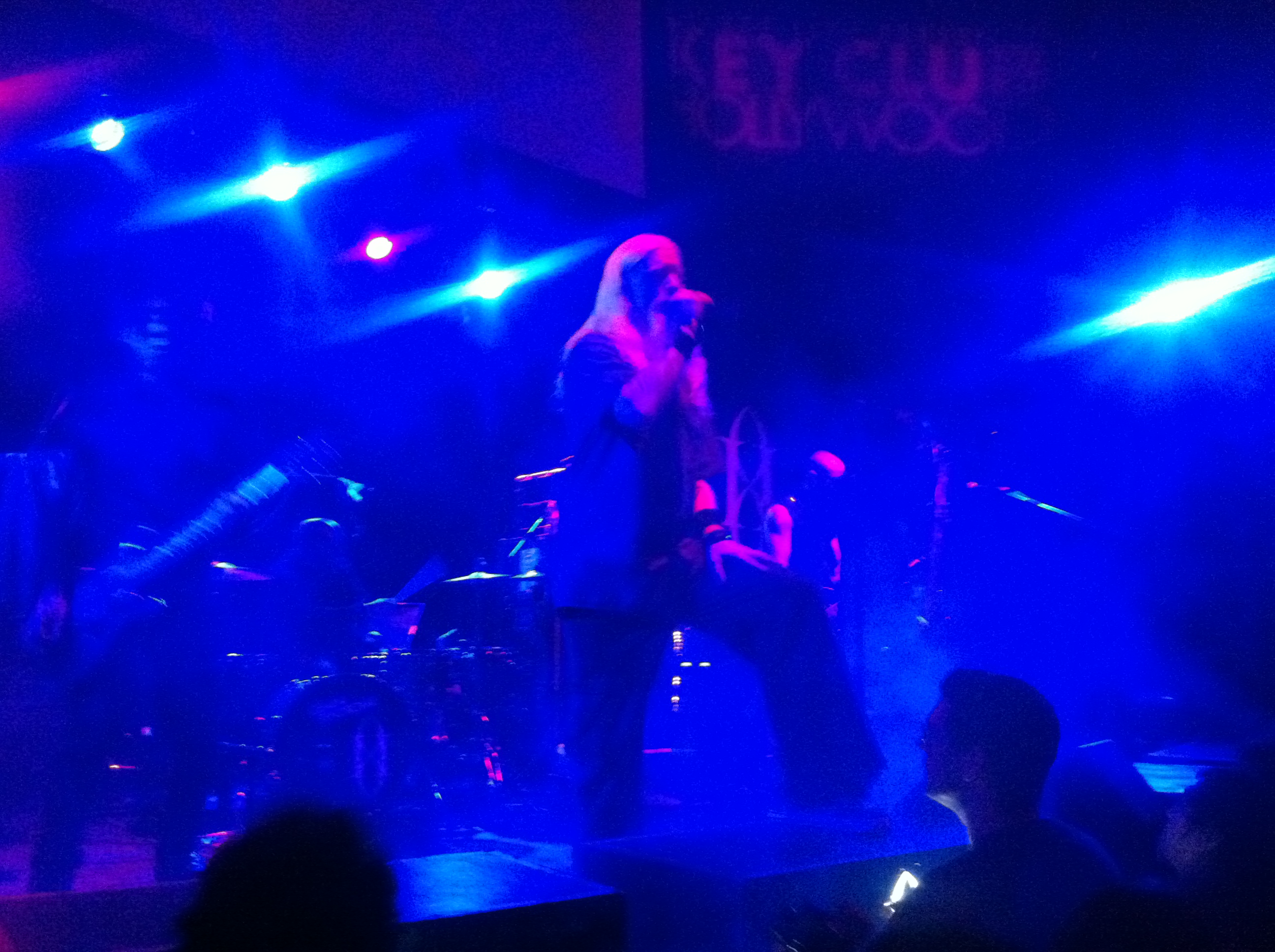 Safely transformed from museum to metal, I walked into the Key Club right as Gemini Syndrome took the stage. I instantly recognized the vocalist as the former guitarist for Otep, from the first time I saw her at the now defunct 12 Galaxies in SF. Their sound echoes something born from the nu-metal scene…but only the good parts. I really like his voice. This local band did not seem like the first opener for the evening; their performance felt big. Their logo adorned everything on the stage, and the band was fully decked out and full of energy. There were girls in the crowd who obviously knew how to groove to the songs, and the photographer lining the stage mouthed all the words. 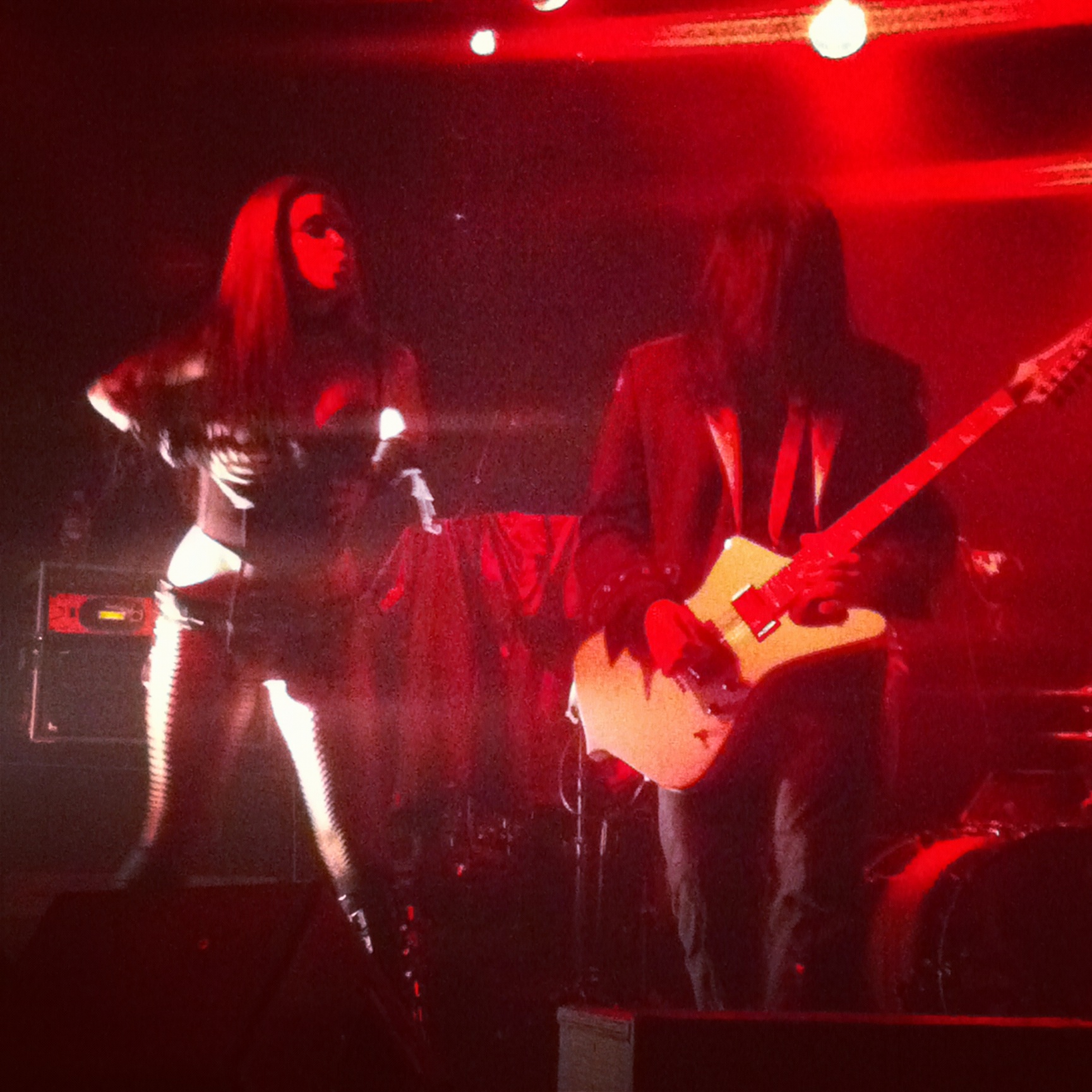 9 Electric was having some technical difficulties getting started. This industrial metal band bounced around the stage as a slick video timed to the songs played on the screen. This is a band obviously influenced by some of my favorites- NIN, Rammstein- but with much more simplistic songs lyrically. A couple of songs in and they brought out two goth girl dancers- a move I’ve only seen employed by headliners. So I felt extra bad when their power was literally cut to end their set since it was obvious they were trying really hard. 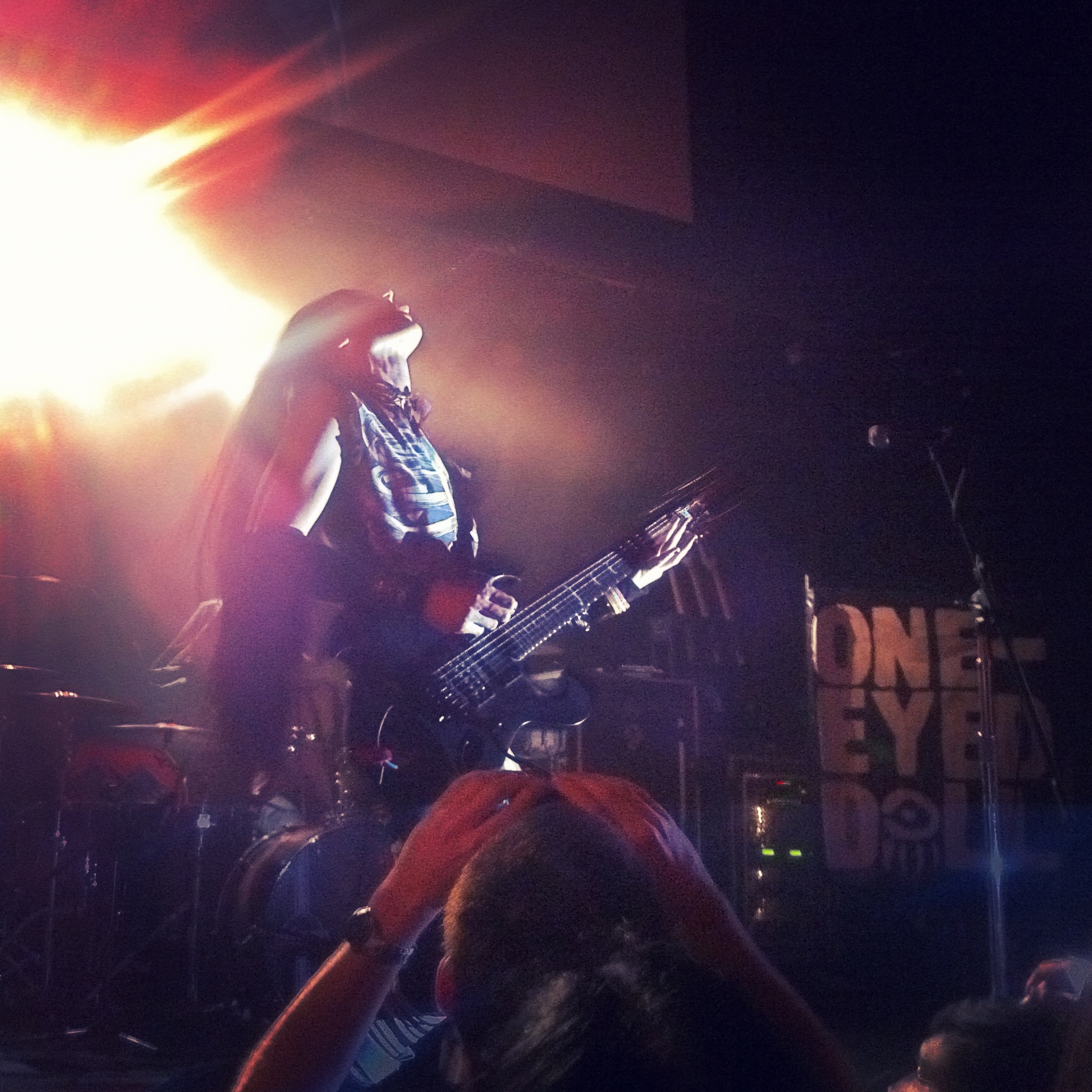 I can’t remember how I heard about One-Eyed Doll…it was years ago and I remember being surprised that they were based in my hometown of Austin. There are some obvious comparisons that could be drawn between OED and The Dresden Dolls…but I find OED much more alluring. An OED set is much more akin to performance art; singer/guitarist/storyteller/wild woman Kimberly dons a different hat for each song (which is something I’ve, coincidentally, only seen Otep do) as she spins intricate introductions to her songs. And these aren’t just songs…they seem very confessional in nature. I was really captivated by the performance….as was everyone else as you could literally see them convert over the course of the set. She jumped in the crowd, she battered the front row with her waist length hair like Crystal Gale gone goth, she spit….and the way she says “particular” won’t get out of my head. Oh, right…there was someone on drums but no one paid much attention. As she finished shredding her last notes…she jumped off the stage and told people to follow her, where I envisioned she led a handful of enamored men straight to merch. 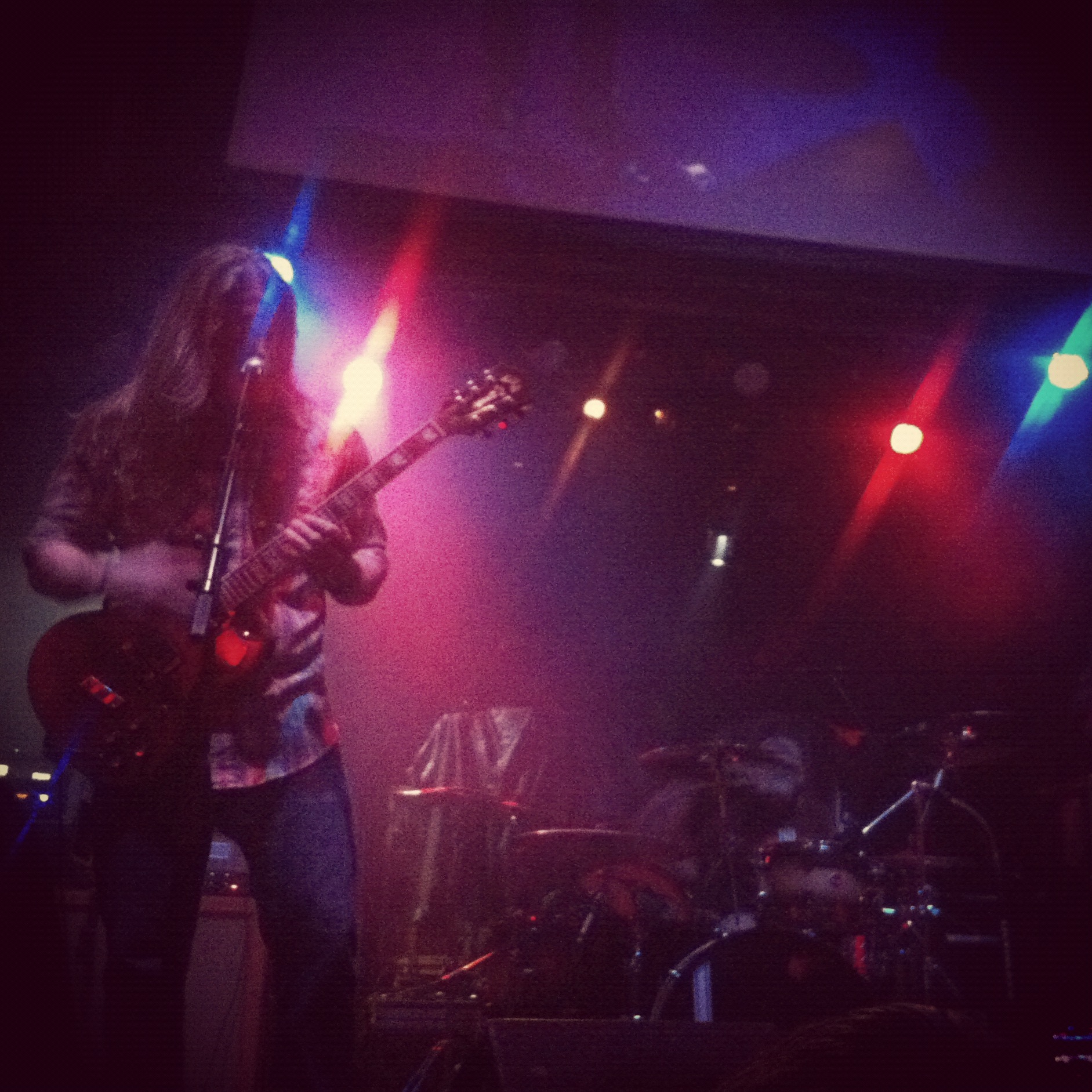 After three very theatrical performances, it was good to go back to a stripped down, music-centric set. I’d heard great things about Kyng, whose first album just released. This three piece has a monstrous sound, propped up mostly by a very hard-hitting drummer. Their songs feel like a classic rock meets hard rock meets metal hybrid; just when soothed by the soulful vocals you are pelted by the drums. This had the crowd both rocking and moshing a bit. Kyng felt very authentic and genuine; I will definitely be seeing them again.

And with that, I trotted down the street to The Whisky, leaving Wayne Static’s solo project a mystery… 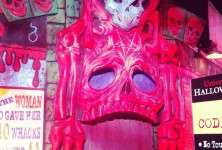 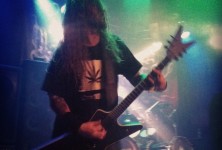