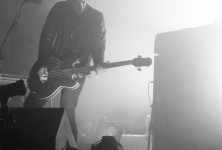 The question I most often ask myself is, “am I doing the right thing”. Sure, a lot of this stems from living a weird lifestyle that needs an FAQ because I do not have simple answers to life’s most simple questions: Where do you live? What do you do? But I think most of it comes from the fact that the vast majority of my life has been spent alone…especially now.

Sometimes I don’t realize that I overanalyze every decision I make with this “am I doing the right thing” construct, because it’s been going on for so long. But it’s exhausting. And when there’s no one to give you feedback on your life: no parents, no siblings, no significant other, no boss…no one to tell you you’re doing the right thing, the wrong thing, the stupid thing, the smart thing…the pervasive feeling of over-independence can be maddening.

The only thing that has saved me from self destruction is that over the last few years I have gained an amazing tribe of friends. Granted, a friend does not have a certain ownership over my decisions like a parent, sibling, S.O. or boss would…but at least they are a sounding board. And boy, do they get an earful.

Earlier this summer I realized that most in my tribe are only kids. Us only kids are a special breed. And I’d say our personalities and proclivities are about as unique as our genetic make-up. But somehow we all found each other, the sisterhood of the travelling concert addicts. 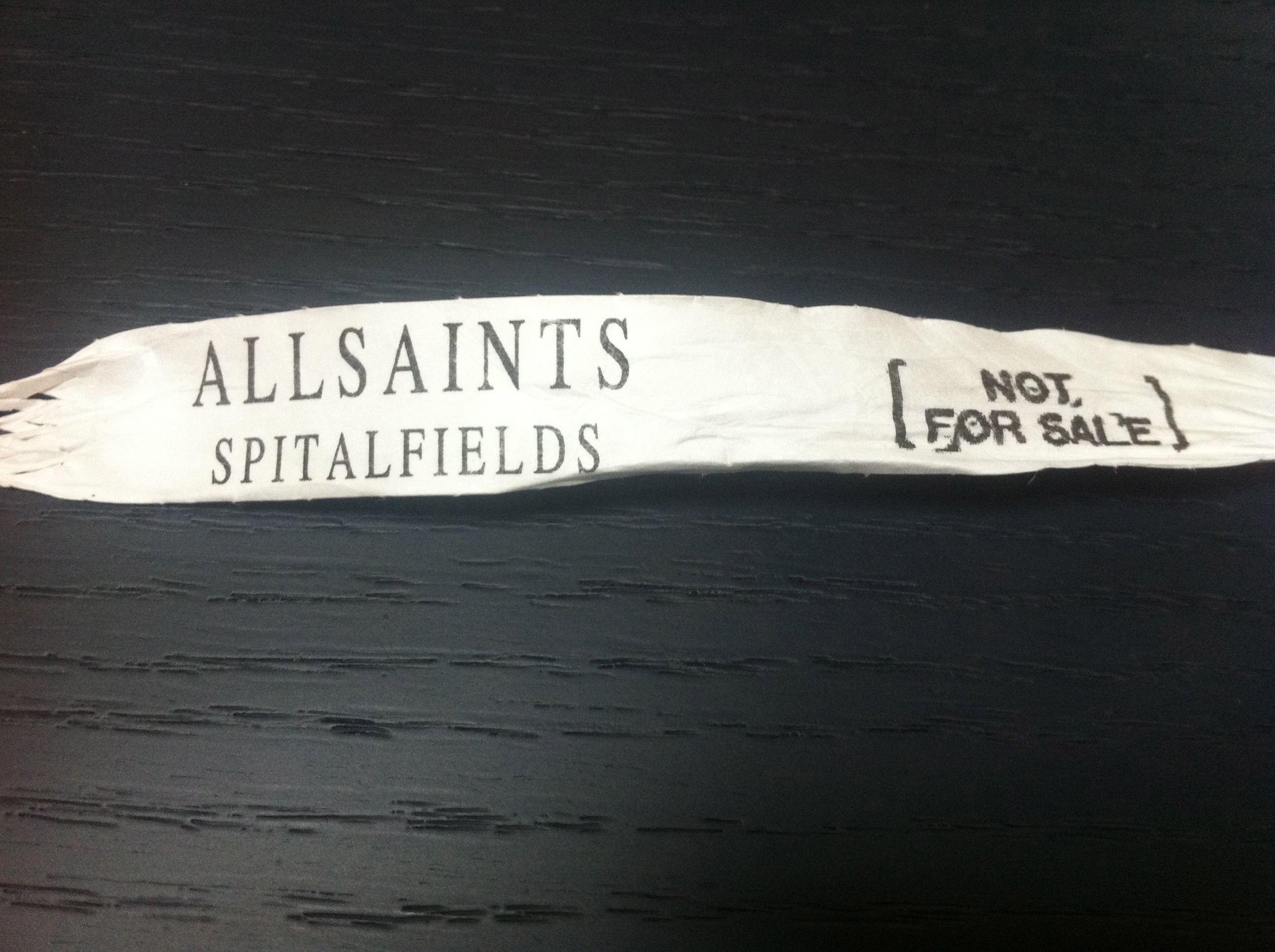 A member of the sisterhood’s favorite band is Black Rebel Motorcycle Club. For some reason, while they have been working on their next record, they’ve become the kings of one-off shows…benefits in particular. I find this a little confusing…and it’s made getting into these shows a bit like a scavenger hunt. So the sisterhood had our fingers crossed for our friend to get in, and she did, and luckily for me she took me as her date, because they are one of my favorite bands as well.

The benefit was for the ‘Not For Sale’ campaign against human trafficking, and this particular event would launch a line of T-shirts by AllSaints. In a world where we are constantly barraged by causes that need support, slavery is one that is a no brainer…it’s perhaps the first thing you learn to be against in elementary school history classes. Look at this map….and look at San Francisco. Pretty horrifying. In a couple weeks I’ll be travelling to ground zero for this…Cambodia and Thailand.

Waiting in line to get into the Music Box revealed a slew of model types that we didn’t fit in with at all. Once inside, it was like walking onto a film set; the event was being taped for a show called ‘The Cause’…and the cameras were everywhere. We first noticed the Duchess of York and world boxing champion Manny Pacquiao…which would probably amount to the strangest crowd I’ve every seen a concert with. 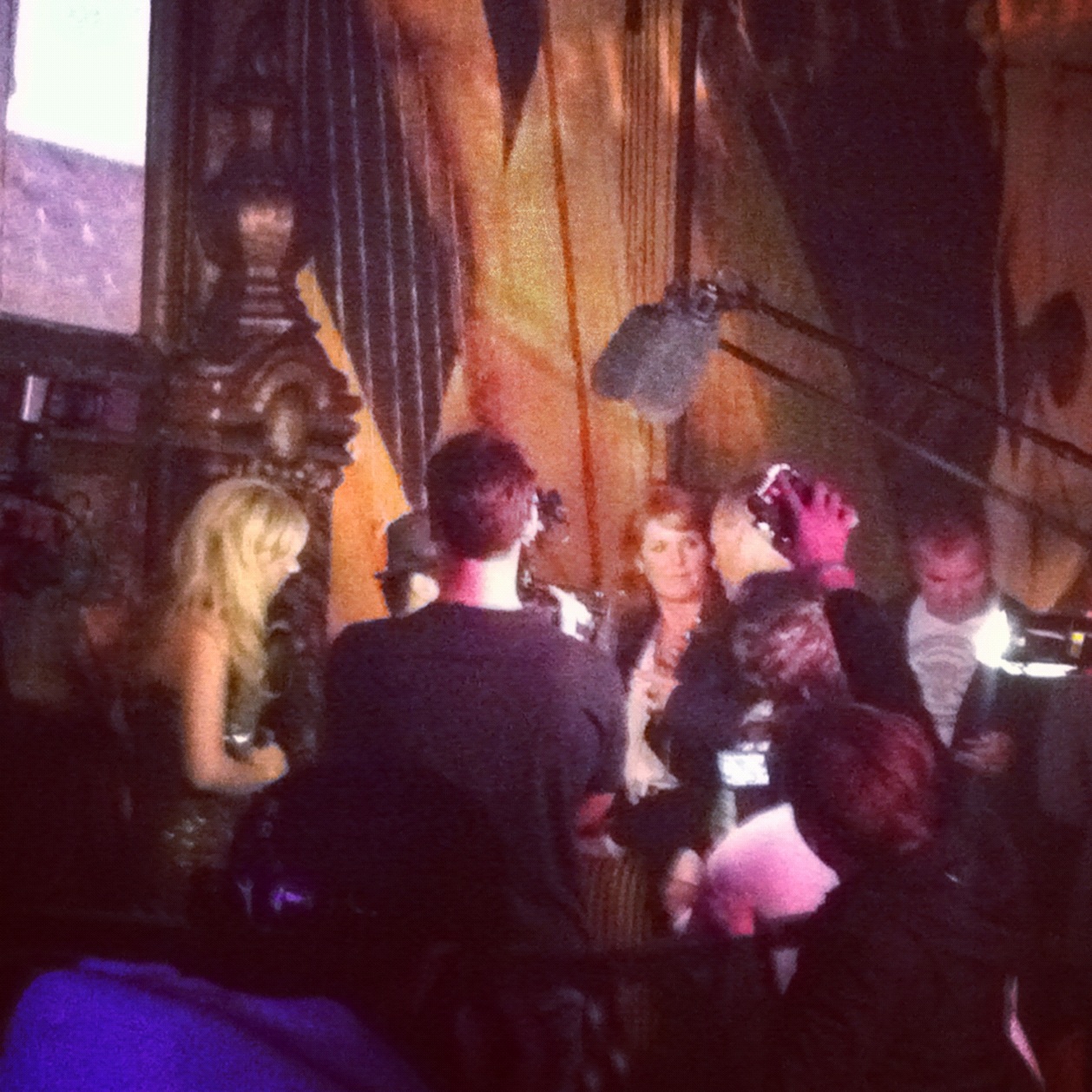 The stage was already lined with familiar BRMC fan faces…apparently we weren’t the only ones who found a way in! As we chatted, there would periodically be a camera in our faces filming our conversation.

After some educational speeches in support of the cause, BRMC came out (unannounced by the MC, mind you). The crowd of pretty girls, dignitaries, and model boys trying to look like rock stars (yawn) actually seemed to pay attention; probably because it was so loud that you couldn’t not do so. 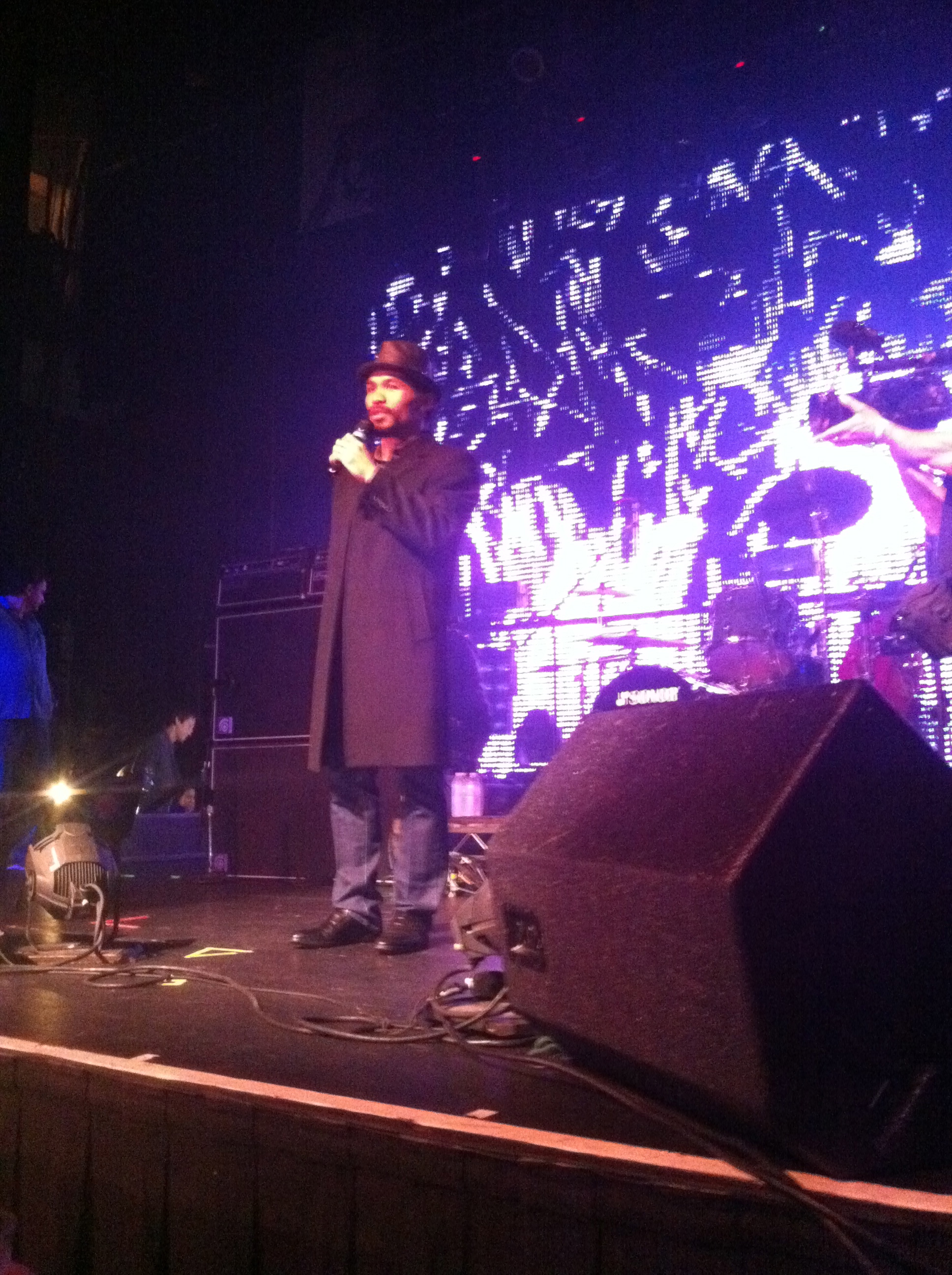 The last time I saw BRMC was probably the loosest set I’d seen them play…this time I’m happy to report that besides a malfunctioning harmonica, the set was near perfect.

It was hard to go from thinking about slavery to having fun watching one of my favorite rock bands…and on top of that, there were cameras in our faces the whole time. After 100s and 100s of shows, I’ve only been caught in action at a show once or twice, and I prefer to keep the experience to words. But luckily, the performance of the band superseded everything, and I was able to enjoy the familiar songs, their familiar moves, and the comforting moments caught up in the show, one of the only times I don’t have to ask myself if I’m doing the right thing. 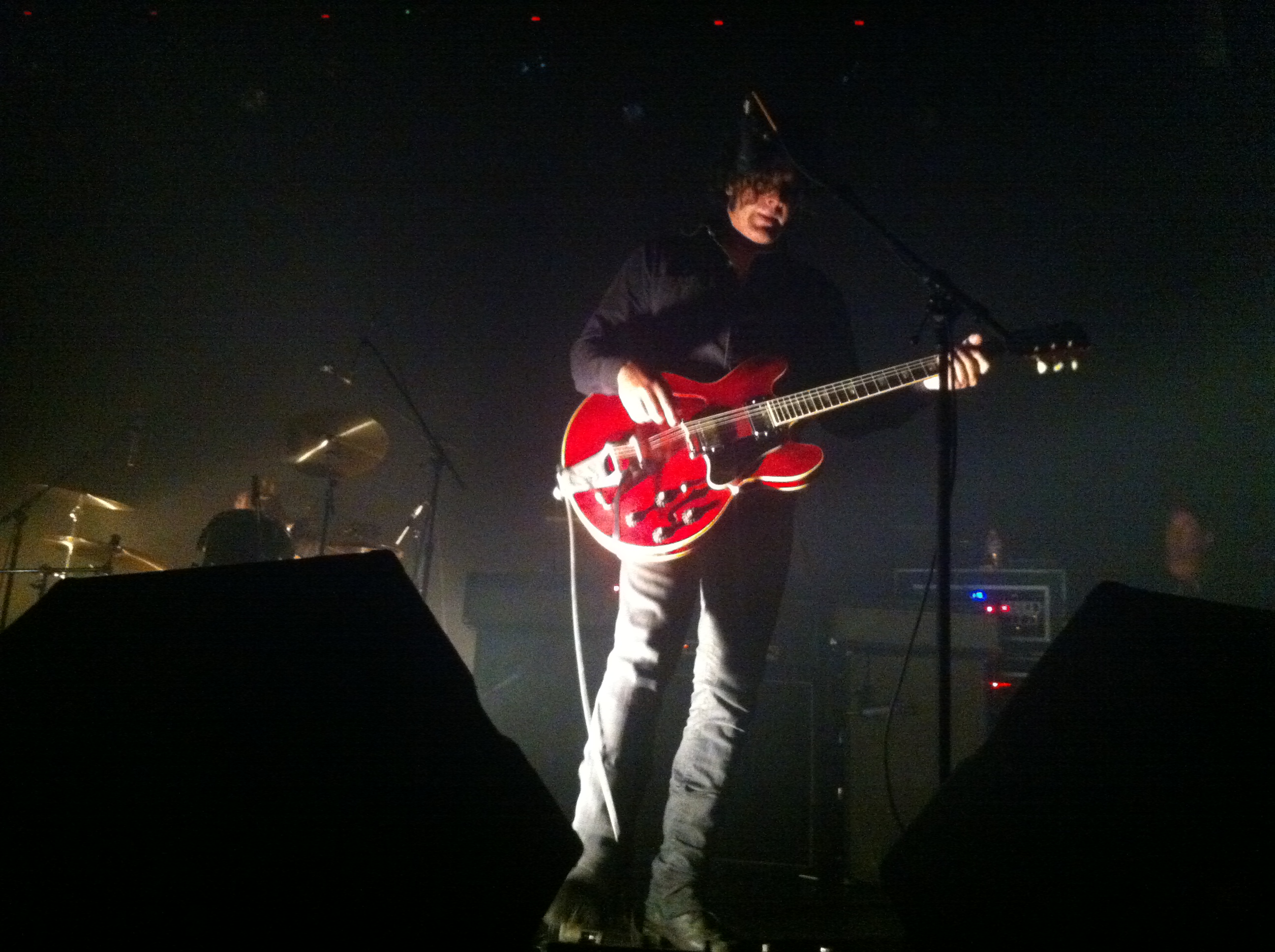 You know you’ve seen a band a lot when you notice that Peter Hayes bought a new black button up shirt, because we had watched a hole grow in the elbow for the past couple years, and it’s no longer there. I’m watching the set, singing along…but I can’t stop thinking about how BRMC ended up here, at this event. And then they took a moment to talk. I can’t remember exactly what was said, except for a rather sarcastic statement about fashion being the most important thing…but I snickered in the awkwardness of it all. The beauty of music is that it can be interpreted differently by each person who listens. For me, BRMC’s music takes me to a place devoid of societal issues. Coincidentally, my following night would feature what I consider The political/musical person of my generation…Tom Morello. 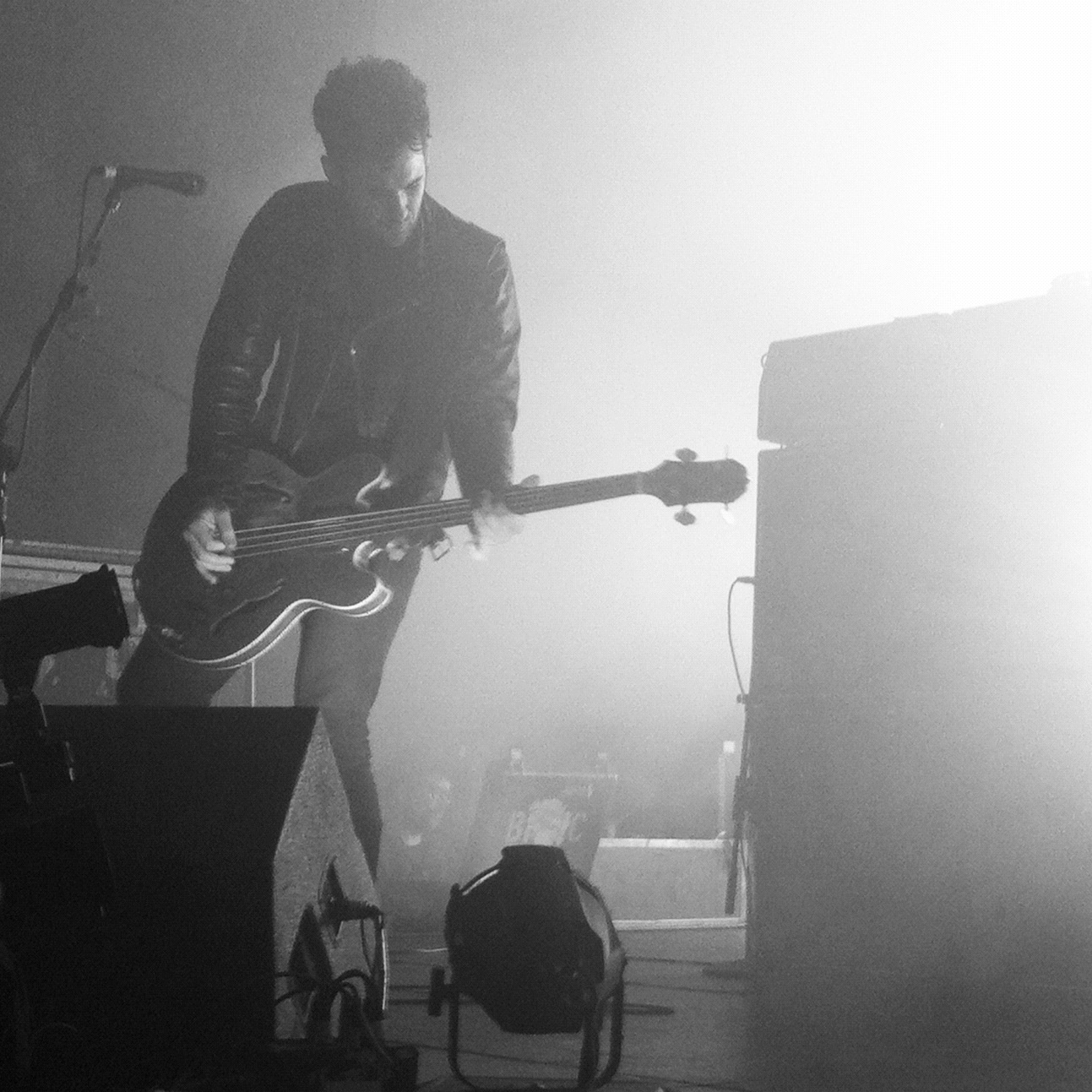 It was a great rock ‘n’ roll set, even though it was oddly framed. In my last week in LA, it was a prime example of one of those things that could only occur here. But next time, I’m ready to see BRMC again under normal circumstances. 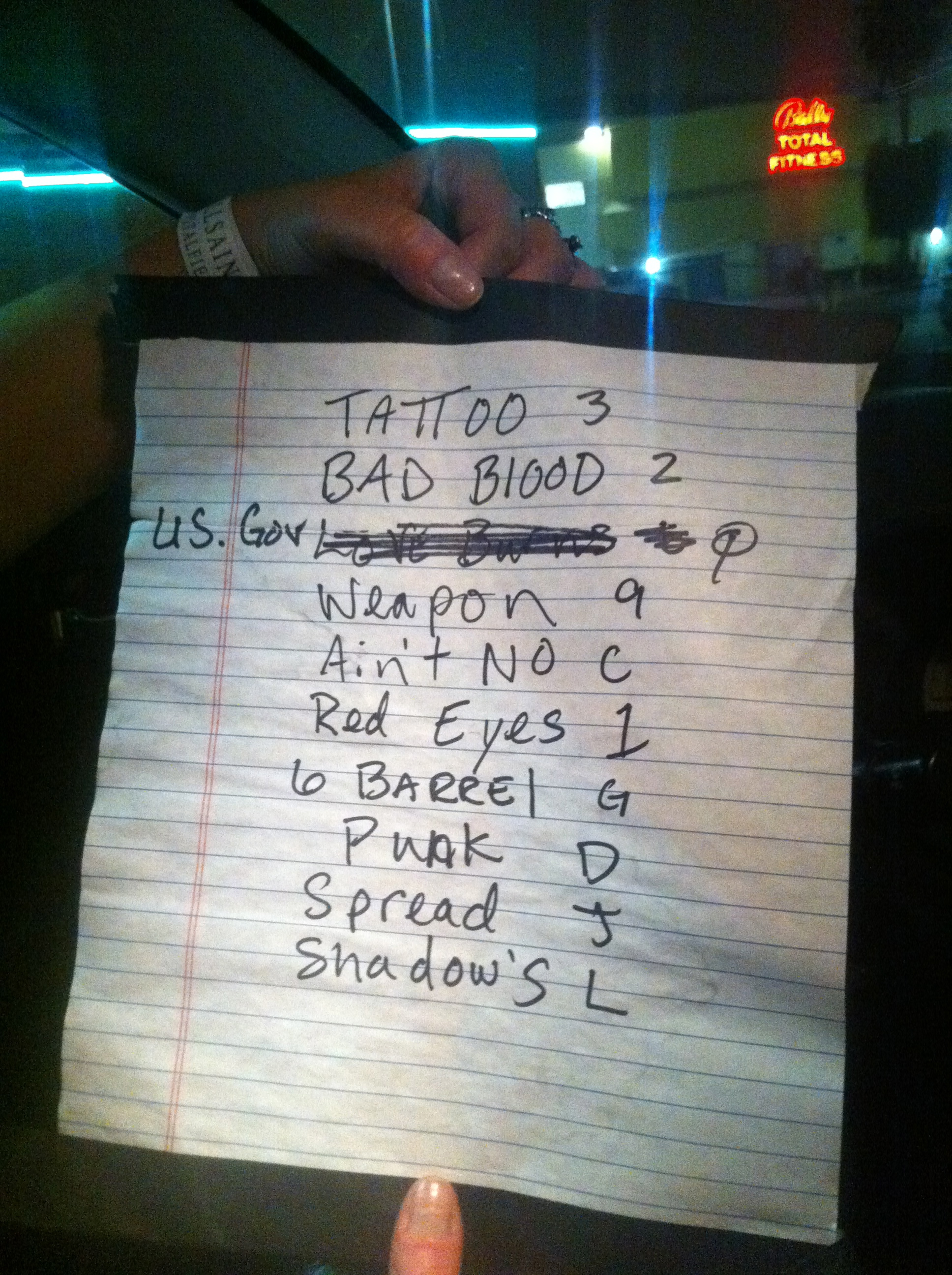 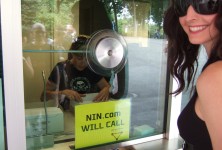 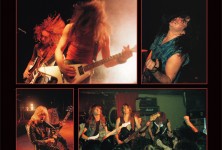