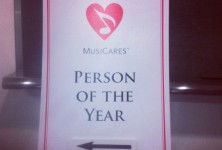 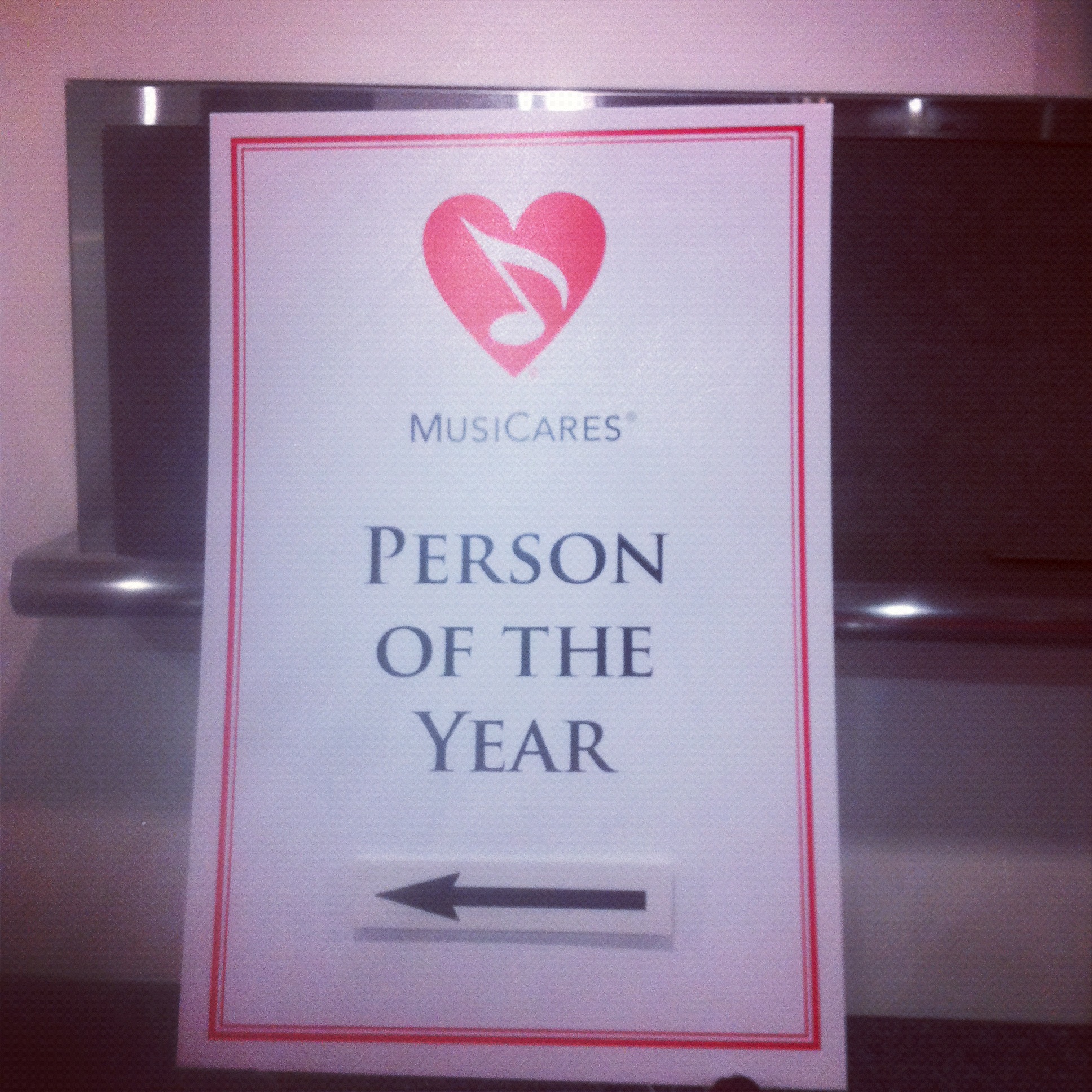 Being on the red carpet of an event as exclusive as the MusiCares Person of the Year benefit is beyond surreal. When someone you’ve known your whole life but have never seen in person or met before is standing within arm’s length, they don’t seem like real people. So I watched Alison Krauss, Bonnie Raitt, Alicia Keys, Katy Perry, Hugh Hefner, Richard Branson, Yoko Ono, John Stamos, Brian Wilson, Dave Grohl, and honoree Paul McCartney walk right by me, posing for the cameras, answering a few questions…but it seems like some kind of weird dream. 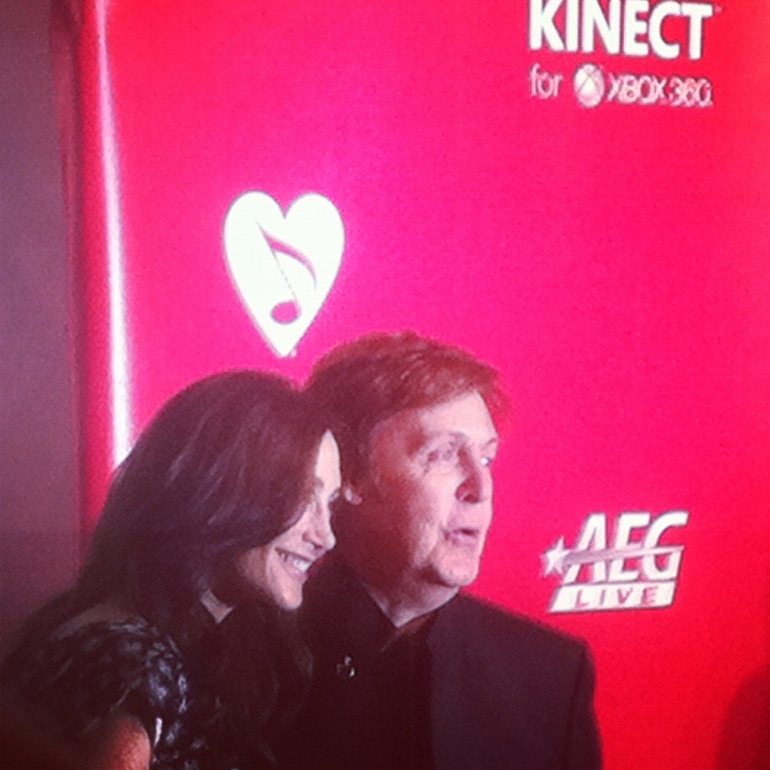 Once inside, the usually cold convention center had been transformed into a decadent party room. Guests, talent, and various prestigious members of the music industry dined before starting the show with a live auction. Steve Haworth, who was the auctioneer last time I was at this event, ended up raising over $300K by selling a customized car, a VIP trip to see Celine Dion, a trip to the Olympics, and Ringo’s personal piano to a seemingly tough crowd. But all in all, when the night was said and done, $6.5 million was raised for one of music’s greatest foundations. 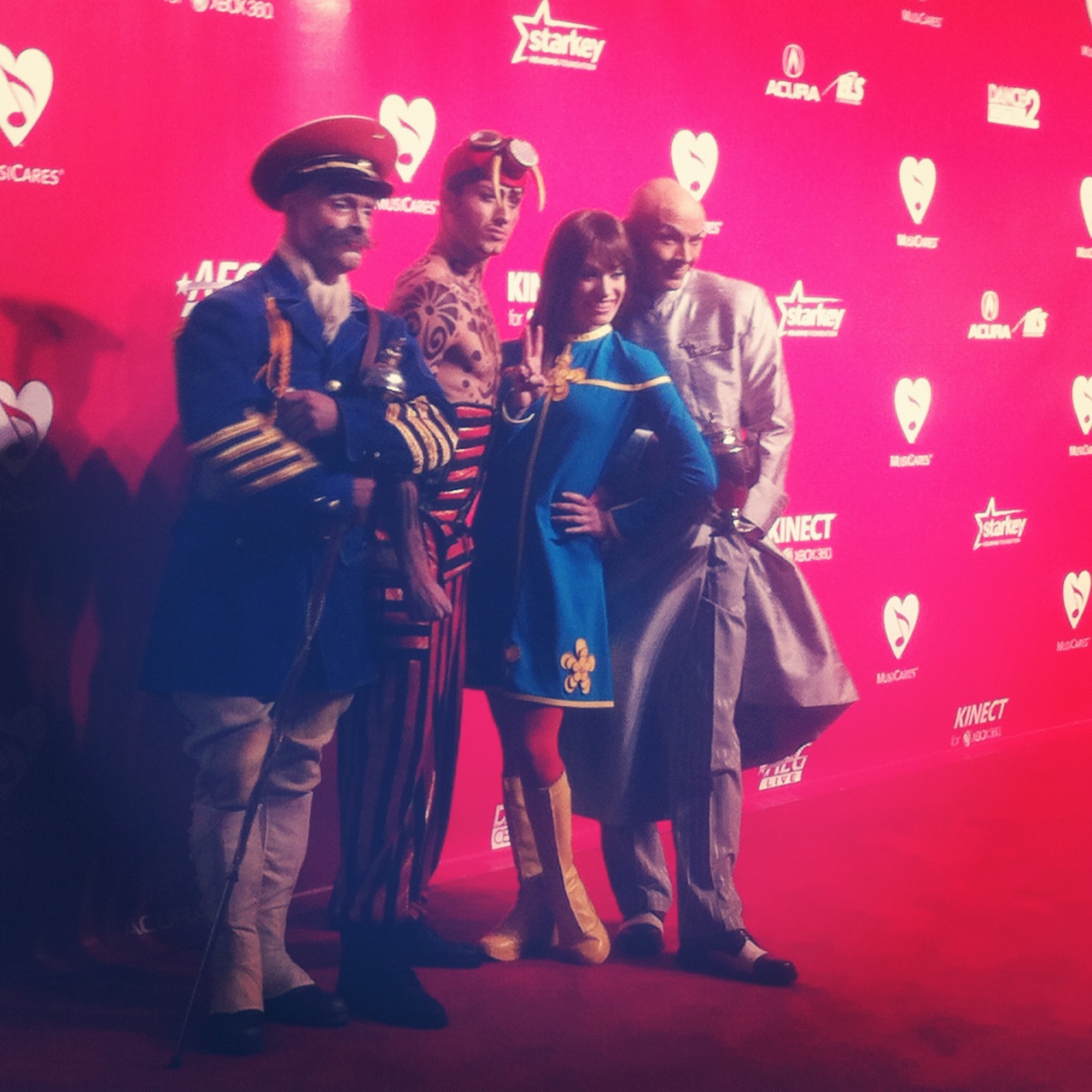 After a long scolding from a woman from the foundation, the aisles were cleared and we got an abridged performance of Cirque du Soleil’s Love which filled the aisles with dancers and even had them coming from the ceiling. Unlike the Neil Young event I attended two years ago, McCartney treated us by playing “Magical Mystery Tour” to a mesmerized crowd. A Beatle!! I’d never seen a Beatle before- and even though I never was a die hard fan of their music, for a second, I understood the chemistry behind Beatlemania. He followed that up with “Junior’s Farm” and “1985”. 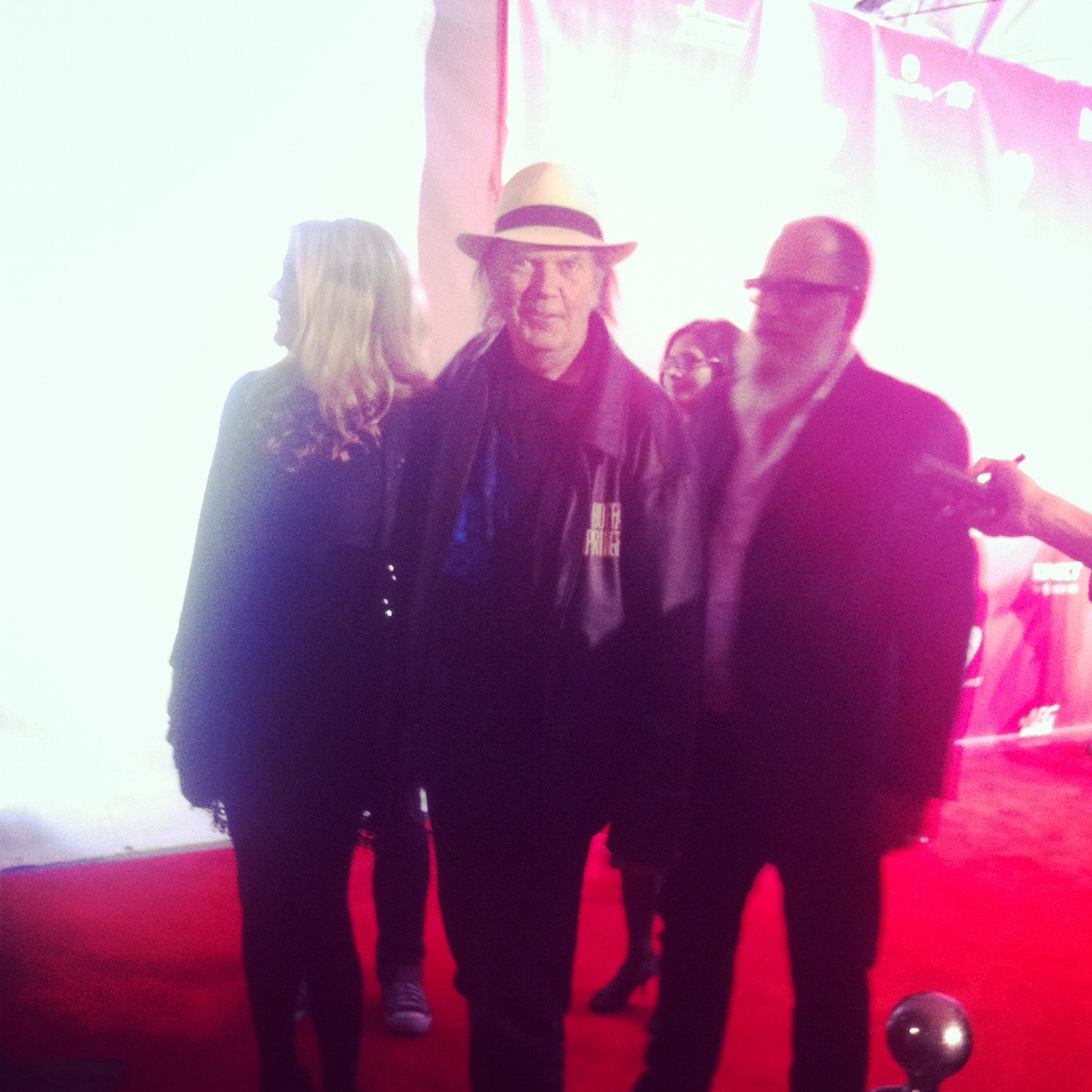 The show began with Dave Grohl introducing a background video about MusiCares, and then Foo Fighters performed a searing version of “Jet”. Eddie Izzard, master of ceremonies, appeared to begin what would be a show long biography on Paul McCartney. Is wasn’t long before we realized that this bio was a little off- kinda like a Wikipedia entry. Jaques Cousteau was his father…everything happened in 1962…and there was a lot of scuba diving involved, and time spent in Germany. But my favorite was that apparently Mohammed Ali was a member of The Beatles, and played the flute…but he left after some time to start Jethro Tull. He had the crowd in stitches. 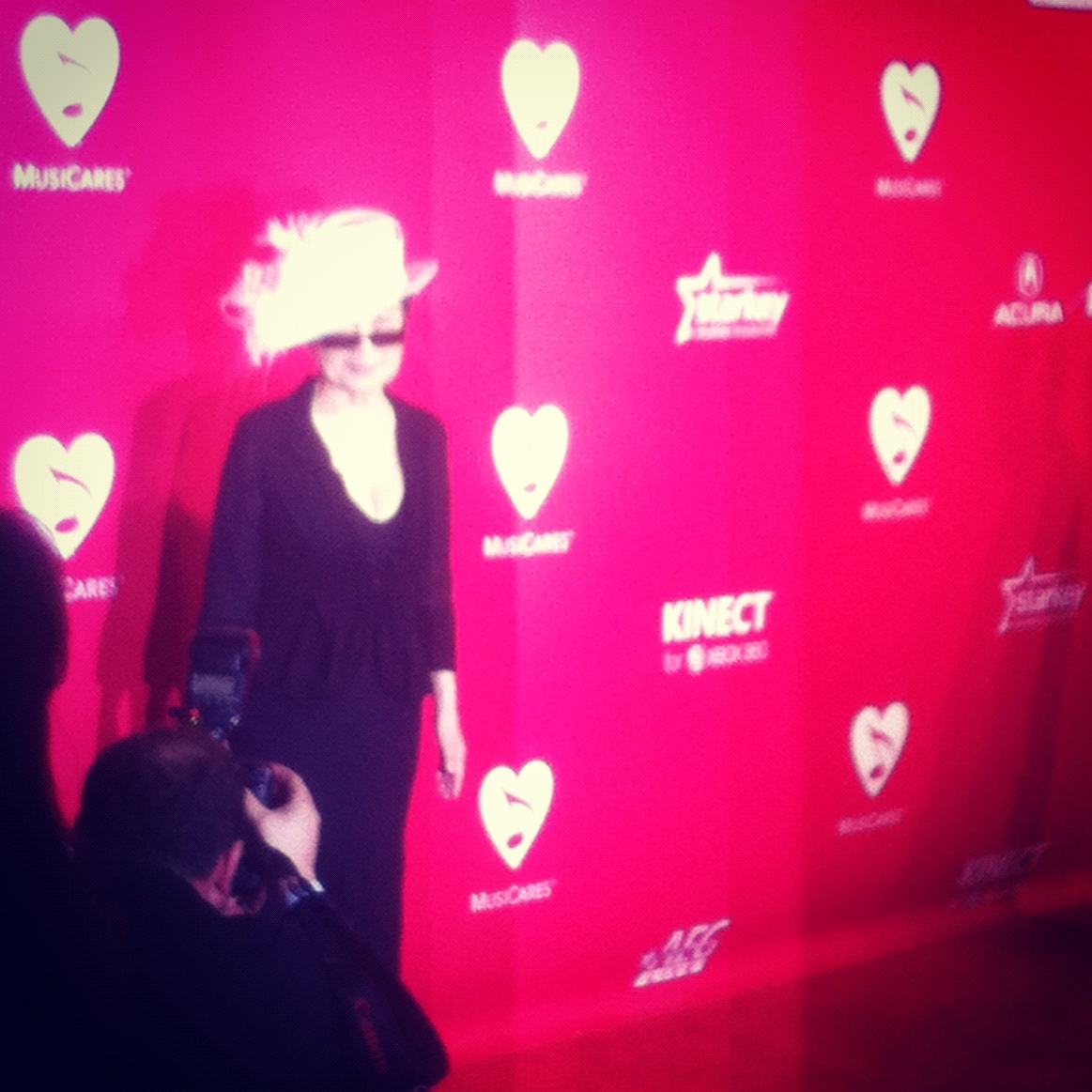 The artists paying tribute to McCartney spanned may generations and genres…and I bet they were all equally influenced by the Beatles. Highlights for me, besides the Foo Fighters, were Alicia Keys’ rendition of “Blackbird”, Neil Young and Crazy Horse getting the crowd moving for “I Saw Her Standing There”, and Norah Jones’ soulful “Oh Darling”. Katy Perry’s performance started with a lick from “Live and Let Die” and then pulled back for a very solemn “Hey Jude”. Coldplay’s “We Can Work It Out” began with what sounded like a very nervous introduction by Chris Martin. 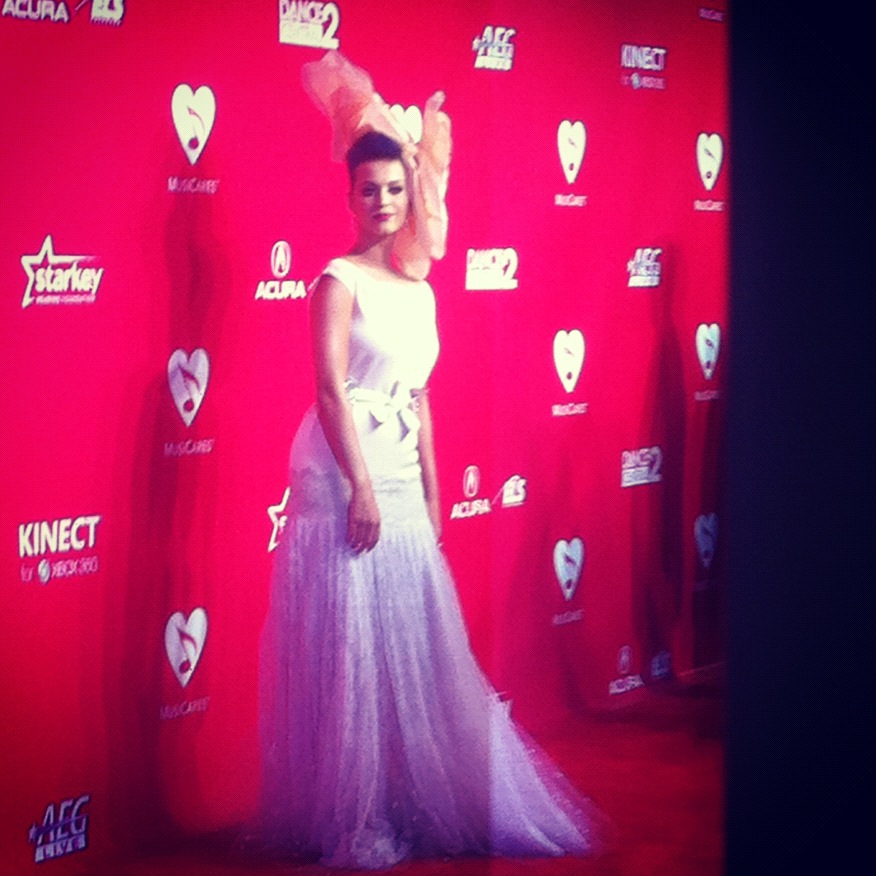 Even at the vey back of the room, you can feel the magic of a show like this. There’s less pretense, and more respect. You can see how nervous the performers on…I mean..they’re playing in front of a Beatle! And not their songs but his songs! When I see that an artist is nervous it makes me happy because I know that they care. And that’s what the night was about…..MusiCares. 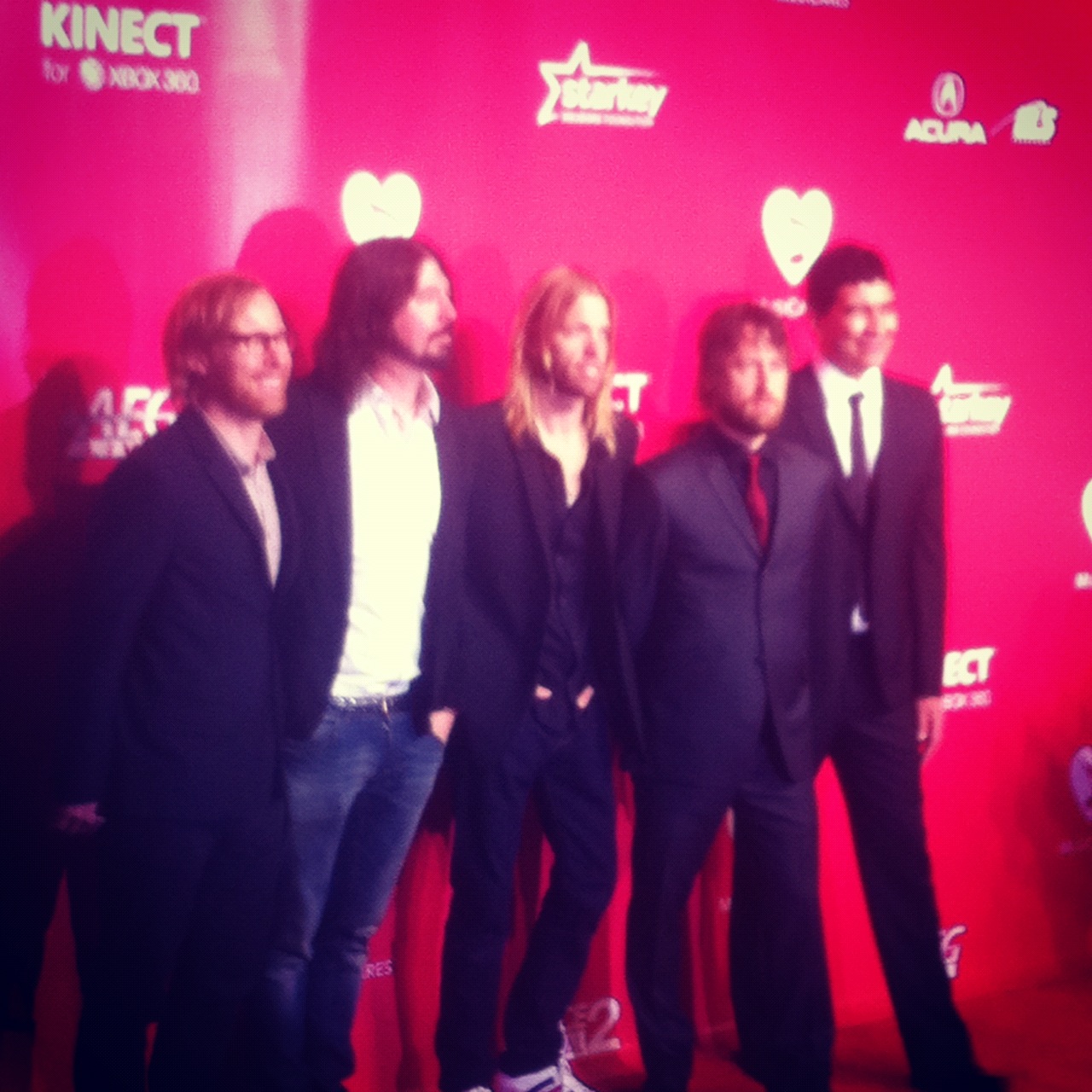 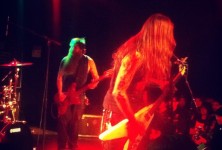