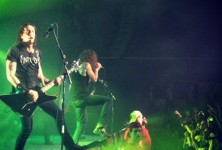 I walk into Emo’s to SuidAkrA on stage and an oddly civil and organized audience, standing in self-appointed rows.

I’ll have to admit I was expecting the worst. Cinco de Mayo, the drinking holiday, could make for a mess of a crowd. But as I slithered by to my usual standing place, I was surprised by this docile crowd. Upon closer examination, I determined this was probably due to the graying of this authentic Texas thrash contingency. Full ’80s hair and jeans in effect, we were ready for Overkill. 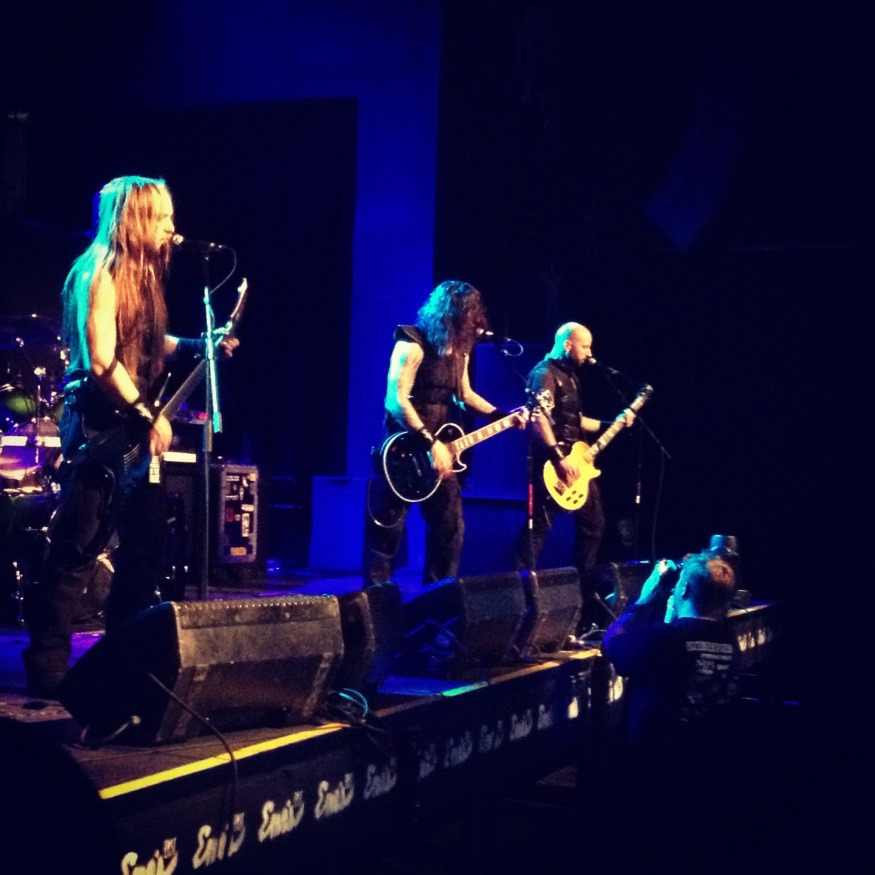 As SuidAkrA tried their hardest to rile up the crowd with their Celtic sounding German thrash, I began to eat my thoughts as Overly Exuberant Drunk Guy in a Sombrero tried to high five me, and Wasted Arm Candy steps on my feet. 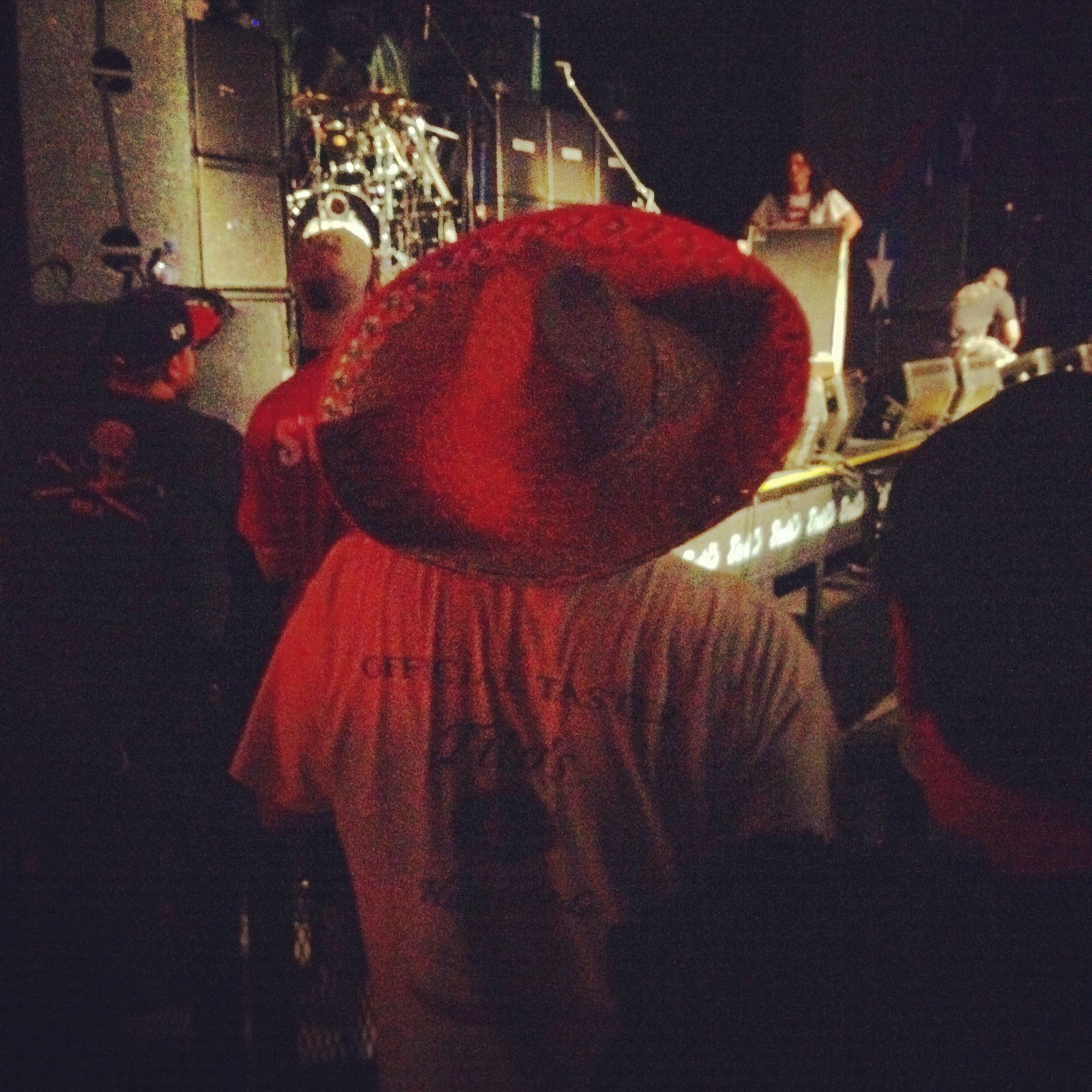 I was relieved when God Forbid hit the stage, trying to lose myself in Doc Coyle’s easy breezy shredding style. But people kept trying to talk to me. I don’t know what was going on that night besides the alcohol, but all I wanted to do was stand there and watch. Vocalist Byron Davis has perfected the art of the point; the call out to no one in particular that our egotistical selves think, “he’s pointing at ME” and get involved. 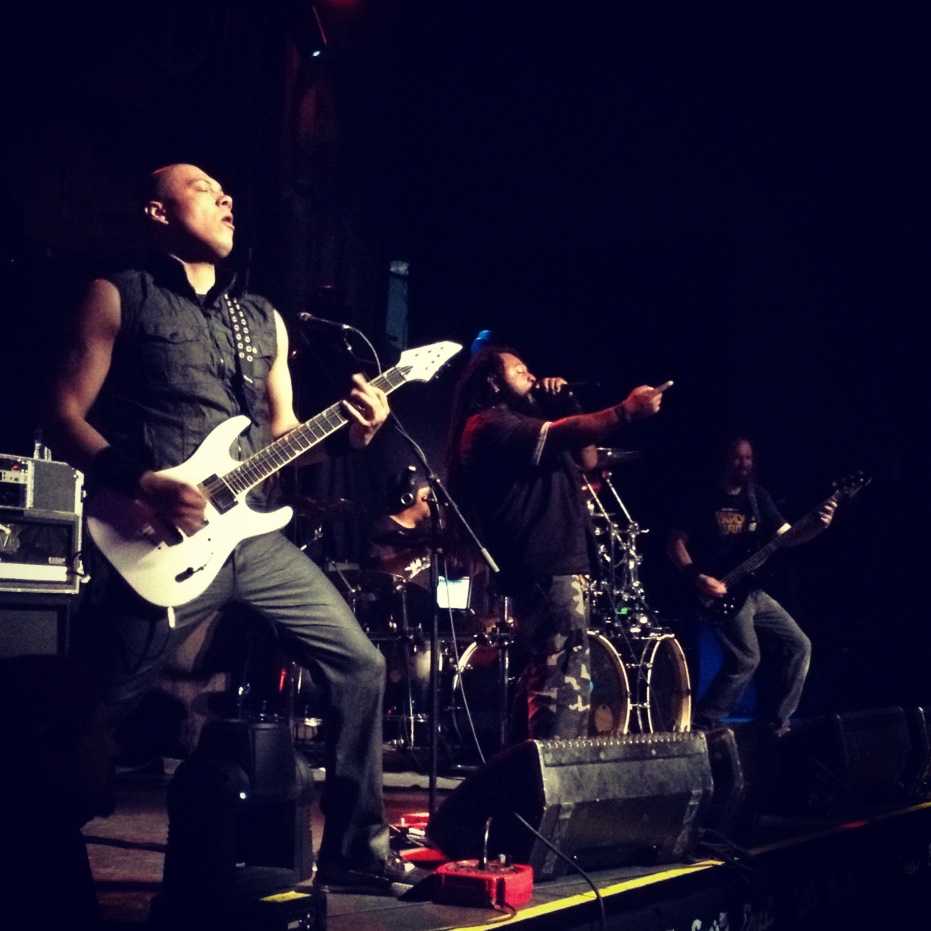 I was so annoyed by this crowd by the time Overkill came on that it is a huge testament to the band that they melted it all away. I forgot how much I enjoy watching guitarist Derek “The Skull” Tailer: he is the most judgmental, communicative person I believe I’ve ever seen on a stage. It’s damn entertaining. If you look like you’re not enjoying, he will make fun of you. The way Bobby Blitz sprints to the mic to deliver his vocals is so classic…if it were any other band you’d think “WTF is this gimmick” and roll your eyes, but with him you want to shake his hand and share diet and exercise tips. 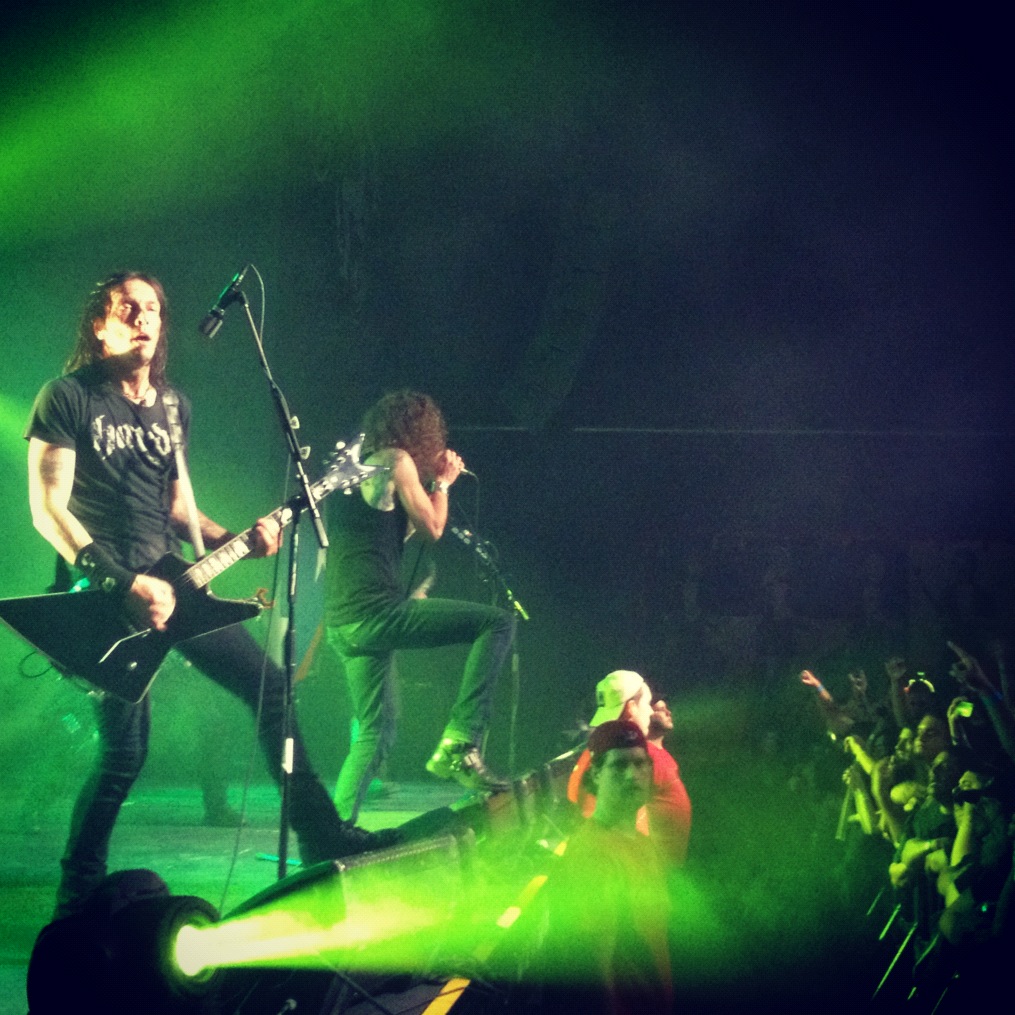 Overkill’s new album The Electric Age is pretty killer, and the new songs burn into the old ones as the crowd gets really excited. Singing along to all the words, everyone was there to support the underdog thrash band, and drink many, many, many beers. I could not get over how many bar runs mid set I saw. Every fan singing along was matched by a fan stumbling along.

Between Blitz’s snarls and the trudging guitars, I kept relocating to try to rid myself of drunkos who thought it odd that a woman would be there by herself and took it upon themselves to strike up nonsensical conversation with me. Pro tip: never try to talk to me during a set…EVER! I don’t care if the ghost of Pancho Villa is about to run me over with his horse…just don’t. Admittedly my tolerance for BS was low that night, but with the encore looming, I ended up relocating to my car because I’d had enough. 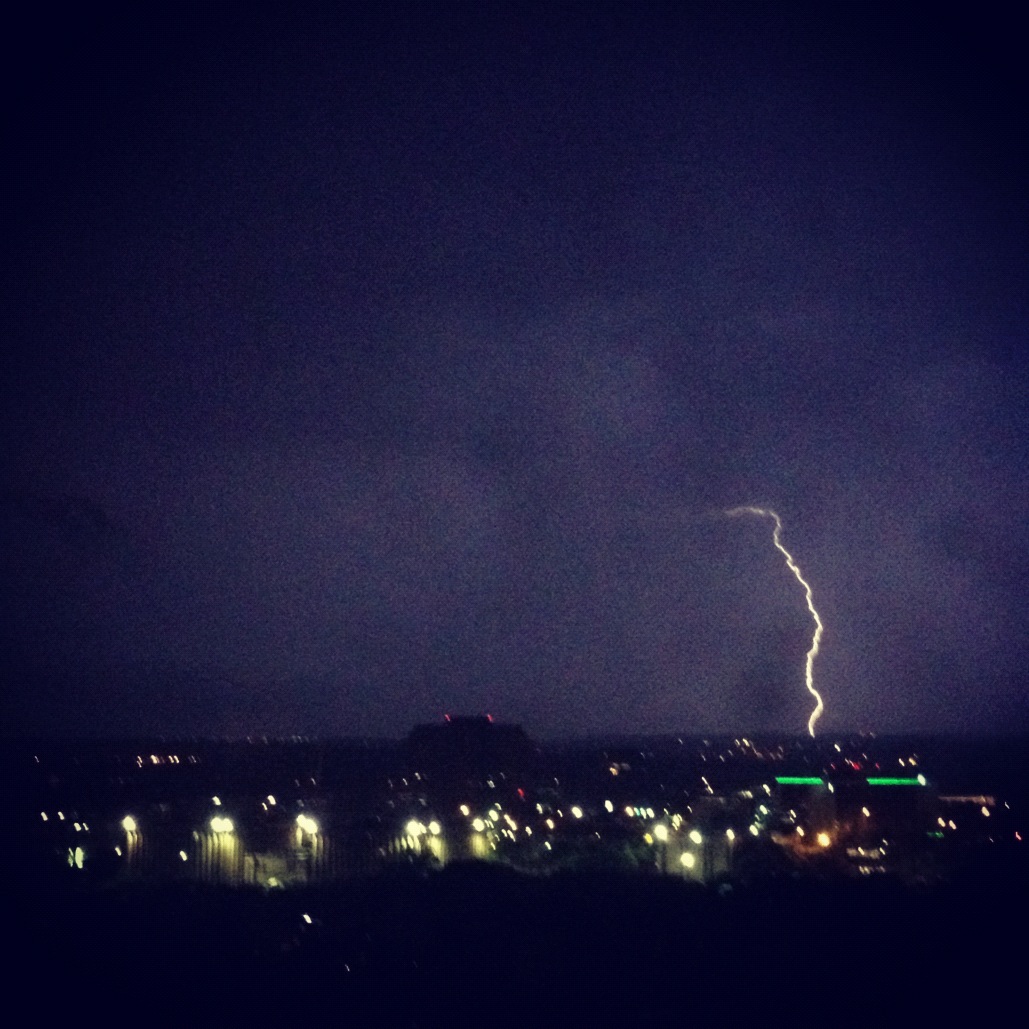 And it ended up being perfect timing, because at that exact moment the sky opened up and it started storming. The rest of my evening was spent watching an amazing lightning storm as thunder shook my building. Nature’s own metal show…perfect. 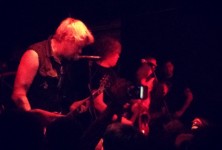 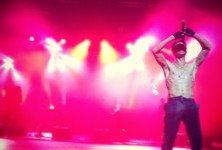