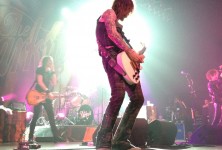 It’s been a while since I’ve seen a show that blew me away, and indulged in the whole ‘drop everything and follow them to the next town’ thing.

It was Memorial Day weekend. I had just somehow experienced my first ever Dallas show a few days prior…and here I was again, going back for more.

I think I’d been in 5 cities in the past week; you’d think I was on the lam and venues were somehow my safehouses.

As I walked up to House of Blues, with two of my friends in tow who know when to take my advice on bands to see, I thought about how awesome it is that I live a life where I can decide on a whim to blaze down the highway in the name of music obsessions. 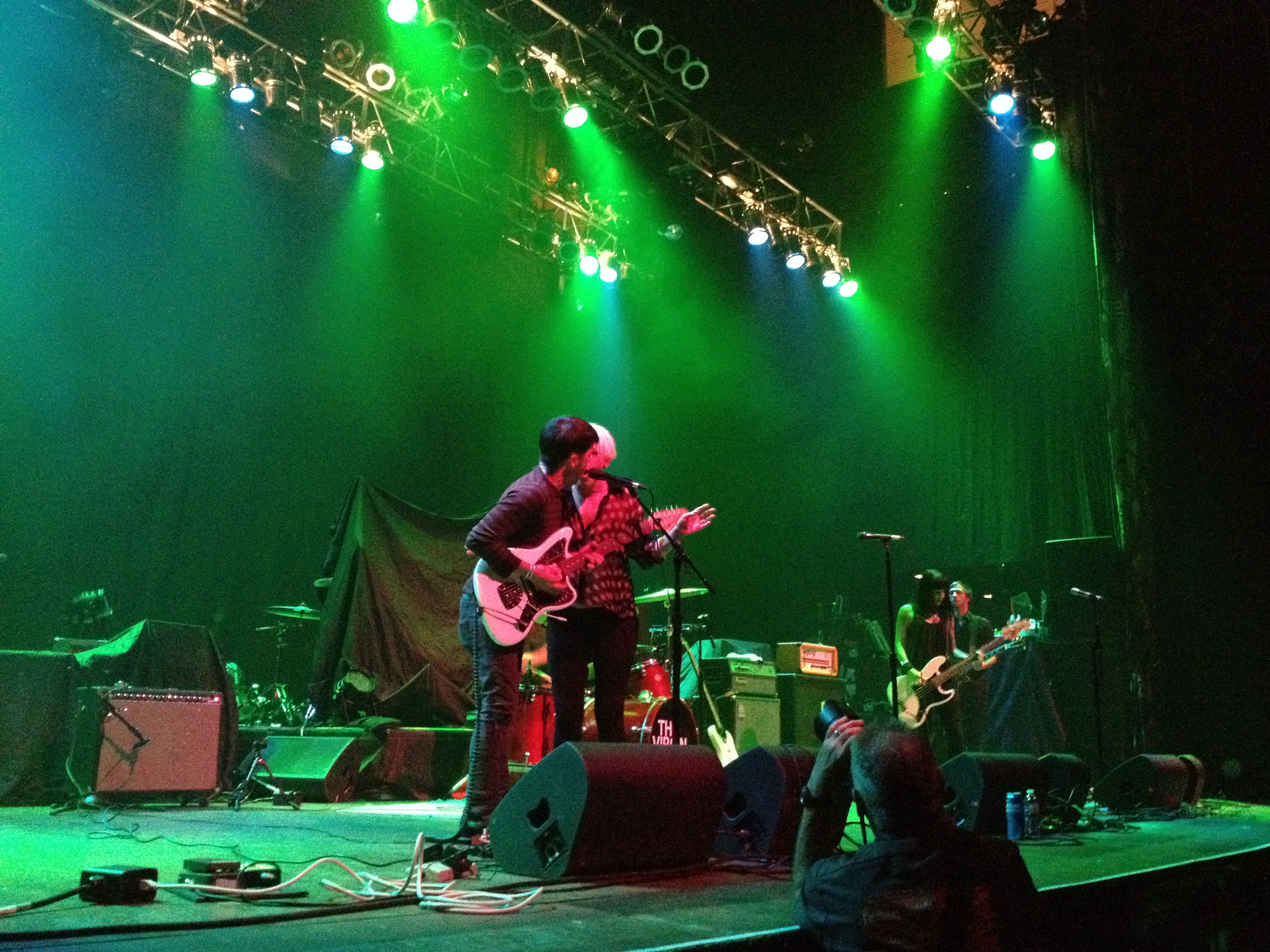 The Virgin Wolves opened the show. Three guys and two gals from Dallas at first seemed like they were going to dish out hipster rock that I wasn’t going to be into…but as they played they revealed that they had substance beyond style. They really felt the performance up there, seeming to lose themselves at times as they bounced around the stage. I got a laugh out of the drum set slowly vibrating it’s way towards the front of the stage as the set progressed.

The Darkness would play the same set as in Austin (read that for a more detailed review)…but the vibe of the show was completely different. Take away the heat and add that it was the last show of the tour, and the fact that I knew what to expect this time….what the show lost in the feeling of spontaneity, it gained in my ability to delve into the technicality of each song. 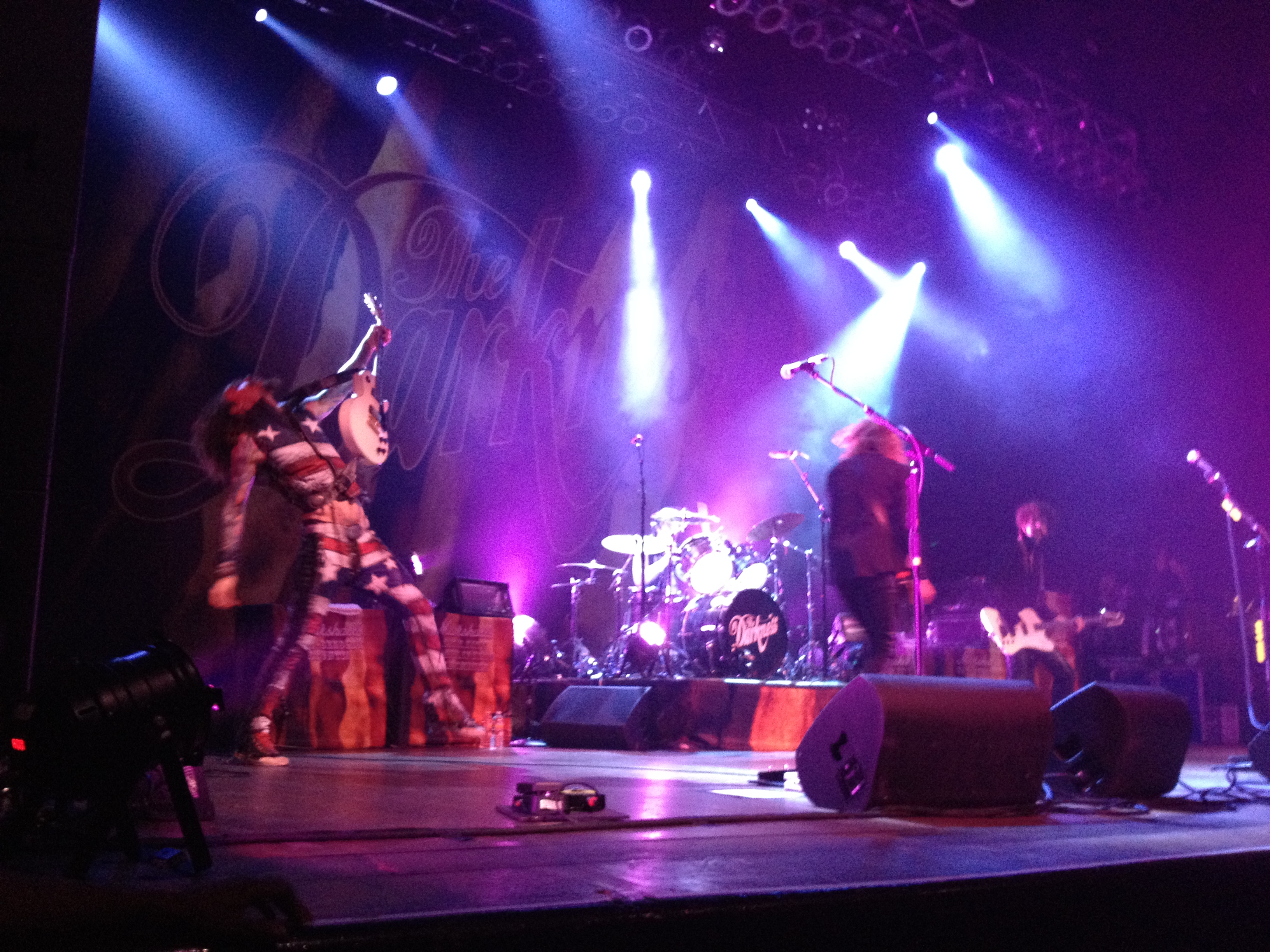 The Darkness are the kind of band that make me want to have a boy and force him to be a rock star because it looks like the most amazing job on the planet. And there was an 8 year old kid in the front that Justin called out and got to scream “FUCKER” before “Get Your Hands Off My Woman”. But I think the best thing that I got out of two nights of The Darkness is falling in love again with their music, which is in line with my new, optimistic outlook on life. Sure, I’ll listen to the heavy stuff still, but I really need external stimuli to keep me looking up. 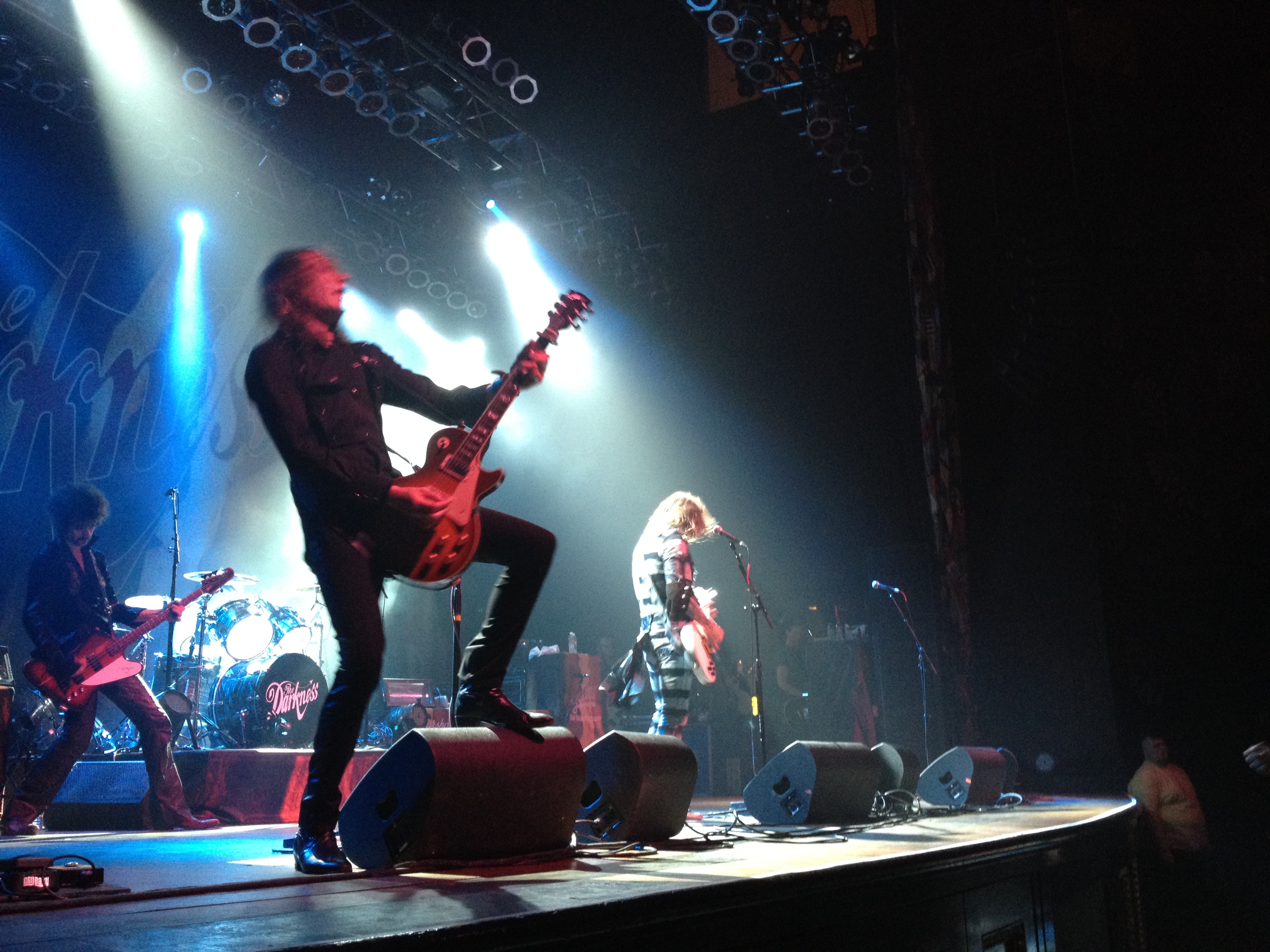 As I anticipated the pick kicks and the costume changes and the riding through the crowd, I hung on every word, every strum, every beat. Watching some bands help me to abstractly gather my life together and tonight I realized that I’m in extreme transition right now. Kind of like the band playing before me, that could have easily let themselves continue to self destruct, but instead, got back together and realized that what they have is AMAZING.

I love that the crowd gets so into this show that there isn’t a lot of filming and picture taking going on. Everybody’s just having a good time. They played like it was their final show here, thanking crew members, and Justin once motioned to have a camera handed to him so he could take a picture of his brother jumping off the drum riser. I find it awesome that The Darkness will go back to Europe where they will be opening for LADY GAGA.

I’m so happy I finally got to experience The Darkness, and even though I had high expectations, they were exceeded. Do yourself a favor and go check them out. 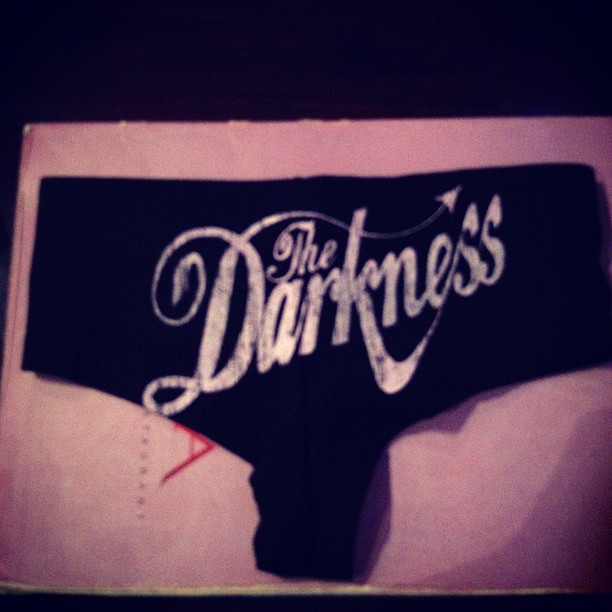 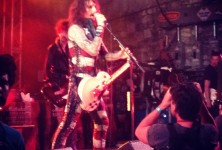 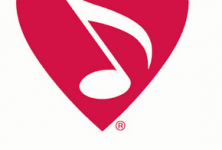