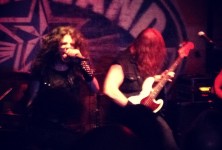 I thought it was going to be a quiet week, but as I was preparing for a vegan metalhead potluck to close out Chaos in Tejas at HRC HQ…I heard through the grapevine that Holy Grail would be in town that night. 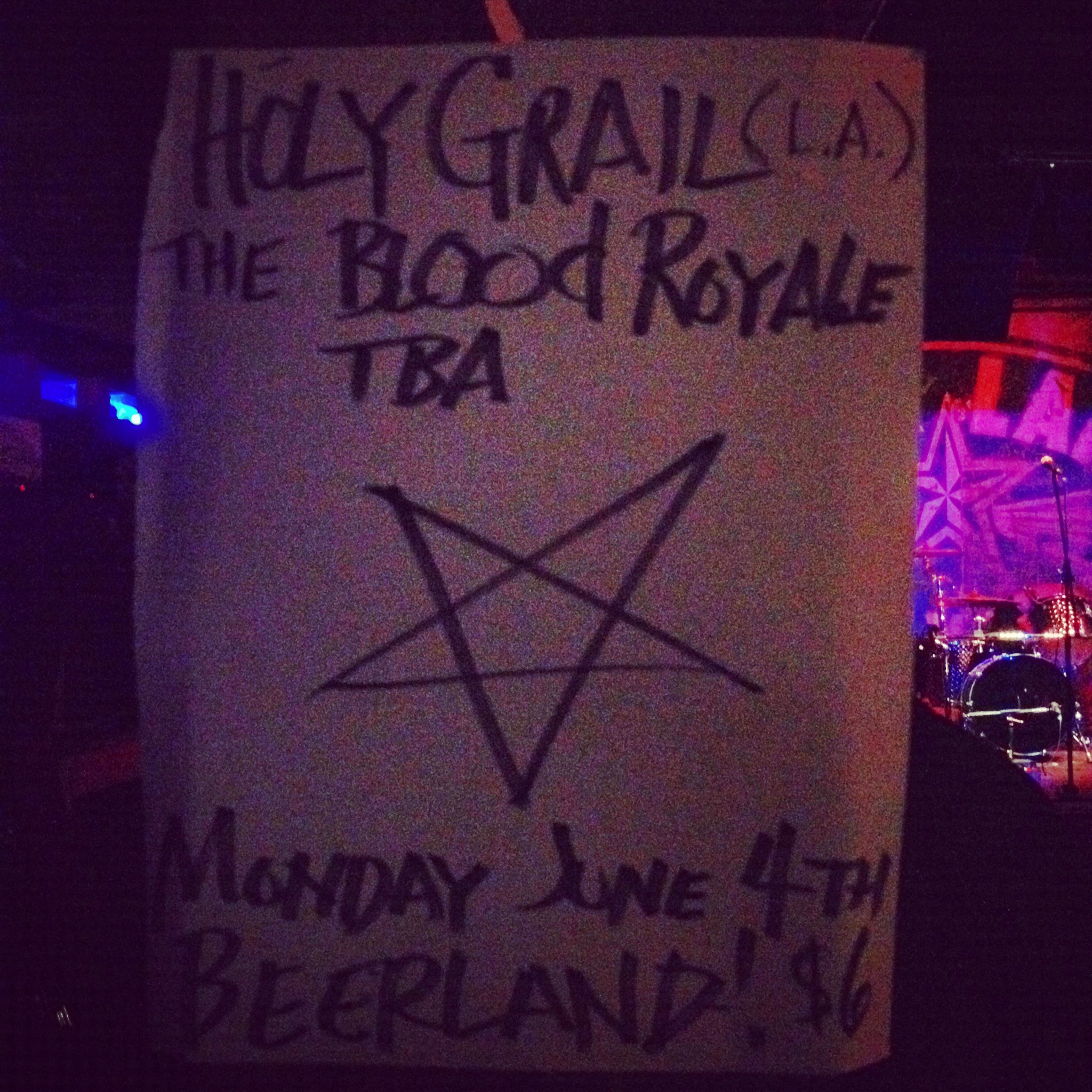 There was a healthy crowd of Chaos remnants among others out to enjoy a late metal Monday. I hovered in a corner near dead from exhaustion, but from the moment that Holy Grail launched into “Immortal Man” with that signature Luna scream and Santana snarl, it was on.

The sound may have kept cutting out, but HG’s showmanship always prevails. I will never understand how Luna can headbang so furiously and still pull off vocals; it’s like the 8th Wonder of the World (though bassist Blake Mount’s beard might be closing in on that). 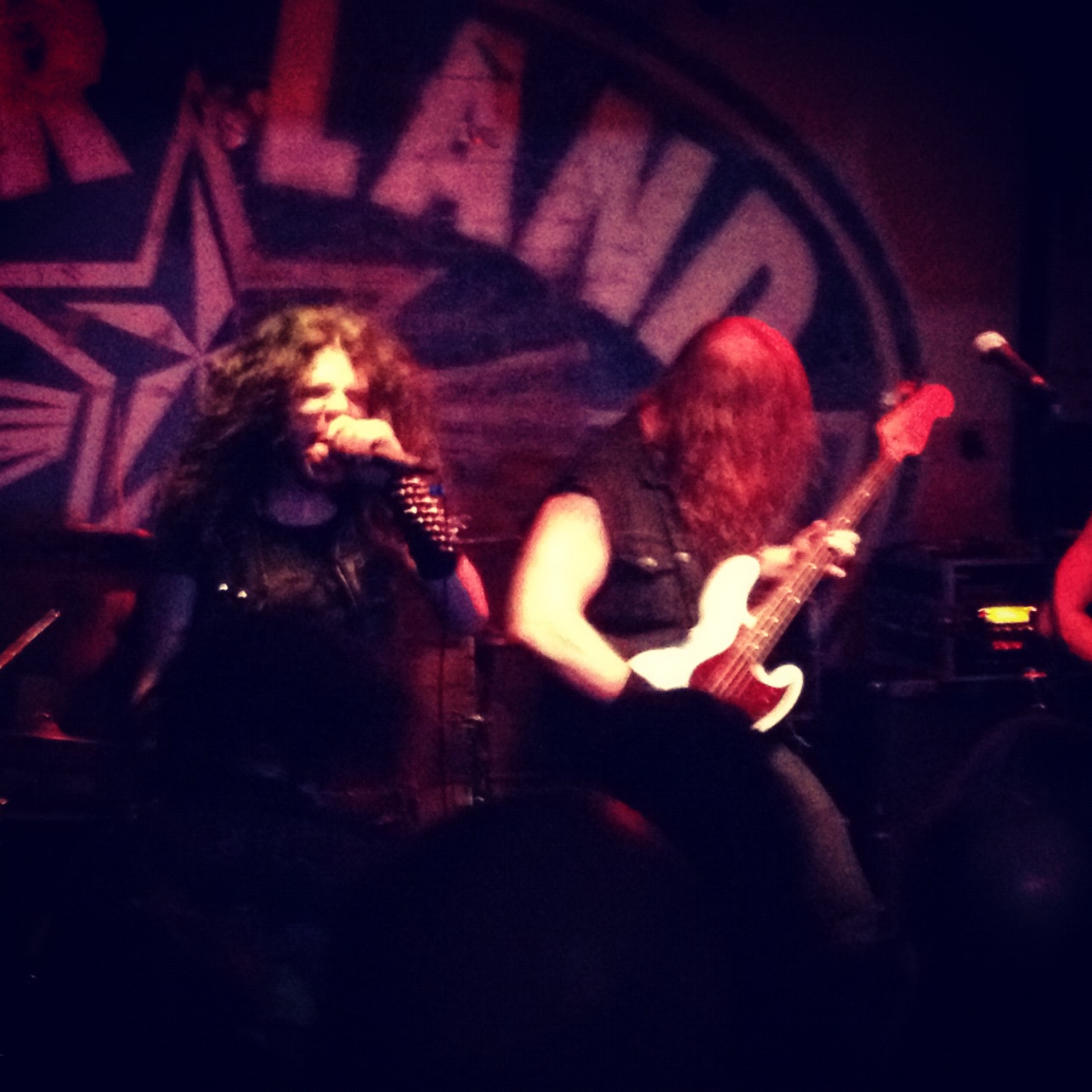 It was cute to see last year’s tourmates Krum Bums all lined up along the stage singing and headbanging along. As the setlist went through familiar favorites “Call of Valhalla” and “Chase the Wind”, the moment came where I finally got to hear some of the new songs. The speedy “Crosswinds” showed off the band’s technical prowess and bombastic tendencies. “Ride the Void” began with a melancholic guitar intro that bled into a groovily paced power metal track typical of the band; however it got pretty heavy at the end which was a surprise in structure to me. The songs showed me lots of promise for the new album- now I’ve just gotta wait until the fall to hear it all!

The band closed out with old favorites including “My Last Attack”. The crowd wouldn’t let them get off the stage, so they pulled an encore with the requested “Requiem”. It was a fun set that I’m glad I mustered the energy to come out for…but I’m sad I haven’t gotten to hear my favorite song from them in a while! HRC requests “The Blackest Night” next time, pretty please. 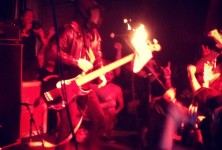 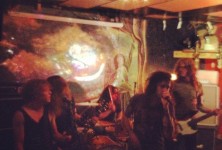