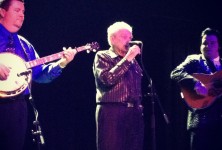 I wasn’t going to write about this, but I had a lot to say…

I don’t think I fully actualized who Ralph Stanley is until O Brother, Where Art Thou? came out, and like many others, I fell in love with the soundtrack, even though it was atypical music to me. There’s something so haunting about his voice. But in reality, I’d been hearing him my whole life.

When I wasn’t at school or at work at my parents’ company as a kid, I grew up on my grandparent’s ranch in Central Texas. I can remember long hot summers around a swimming pool with too much chlorine in it, eating a strange combination of Americanized Lebanese food my Meema would make coupled with sandwiches filled with gummy, processed cheese. The sound of June bugs were only drowned out by the AM radio flowing from this giant antique unit, playing a combination of classic country, pop oldies, zydeco, and bluegrass. I was barefoot more than not, painfully skinny, and tan to the point of changing ethnicities. I rode a horse bareback and took him swimming, caught bugs, went hiking and exploring and collecting old bottles. I went to auctions and church and watched my grandfather get drunk and crazy. We were pretty poor – lower middle class – but we lived close to the land and it was all I knew. I was a country girl.

But something never felt quite right. As I got older, I found that I was drawn to the polar opposite. I wanted to travel, I preferred to dress in black, I found I liked rock music better than anything else, I dreamed of living in an urban city. I think beyond liking these things just because, it felt like they were “mine”, and the one thing I require in my life more then anything else is to feel like I’m unique. No one in my family had really gone to college or moved away…I would do both. I wanted to break a cycle and see what happened.

There’s always been some sort of guilt around my doing that. 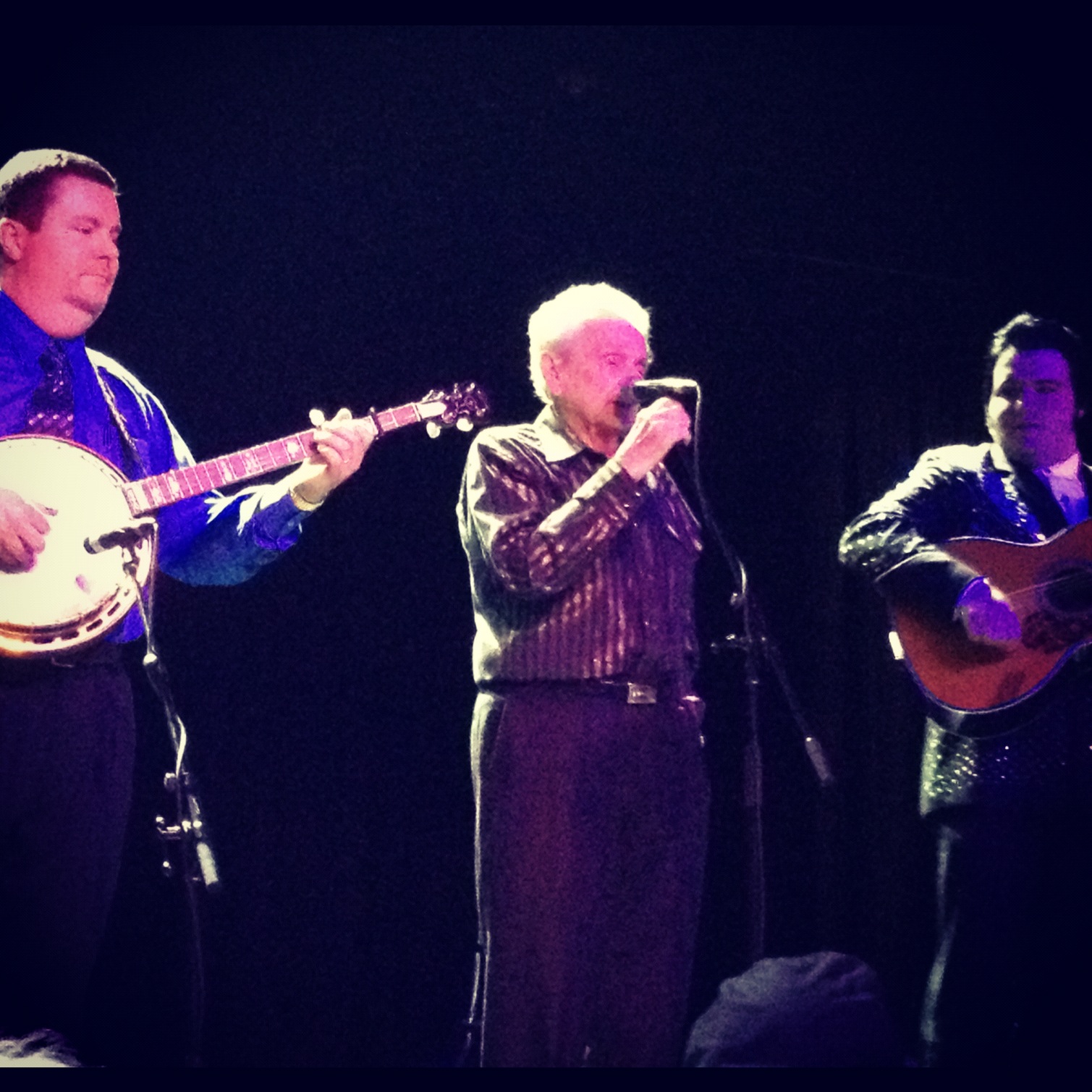 What is it about Ralph Stanley’s music (or Dr. Ralph, as they say) that people connect with, outside of bluegrass and gospel enthusiasts? Dr. Ralph is one of the last surviving people who influenced in some way a lot of what we know. “Man of Constant Sorrow” rivals the most goth song I’ve ever heard. The way the traditional bluegrass numbers speed up as if they are racing themselves is echoed in the thrash metal I listen to.

It was not your typical Emo’s set up I encountered as I walked in; tables lined the floor. Opener Whiskey Shivers did their best to get the night started, but the whole time I was watching Ralph Stanley sitting at a folding table with a guy signing the occasional CD. He never looked toward the band, nor really at anyone who approached him. He looked like the saddest man in the world. Some people get misty eyed about puppies and kittens; my thing is little old men who look unhappy. I don’t know what it is; perhaps a fear I have of growing old alone. But the thought of Ralph Stanley still singing for his supper devastated me almost as much as his voice.

That was until he slowly crept out on stage. He explained that he was sick, with laryngitis. He would try his best, but he apologized if he sounded terrible. My heart sank.

And then he began and it was magnificent! 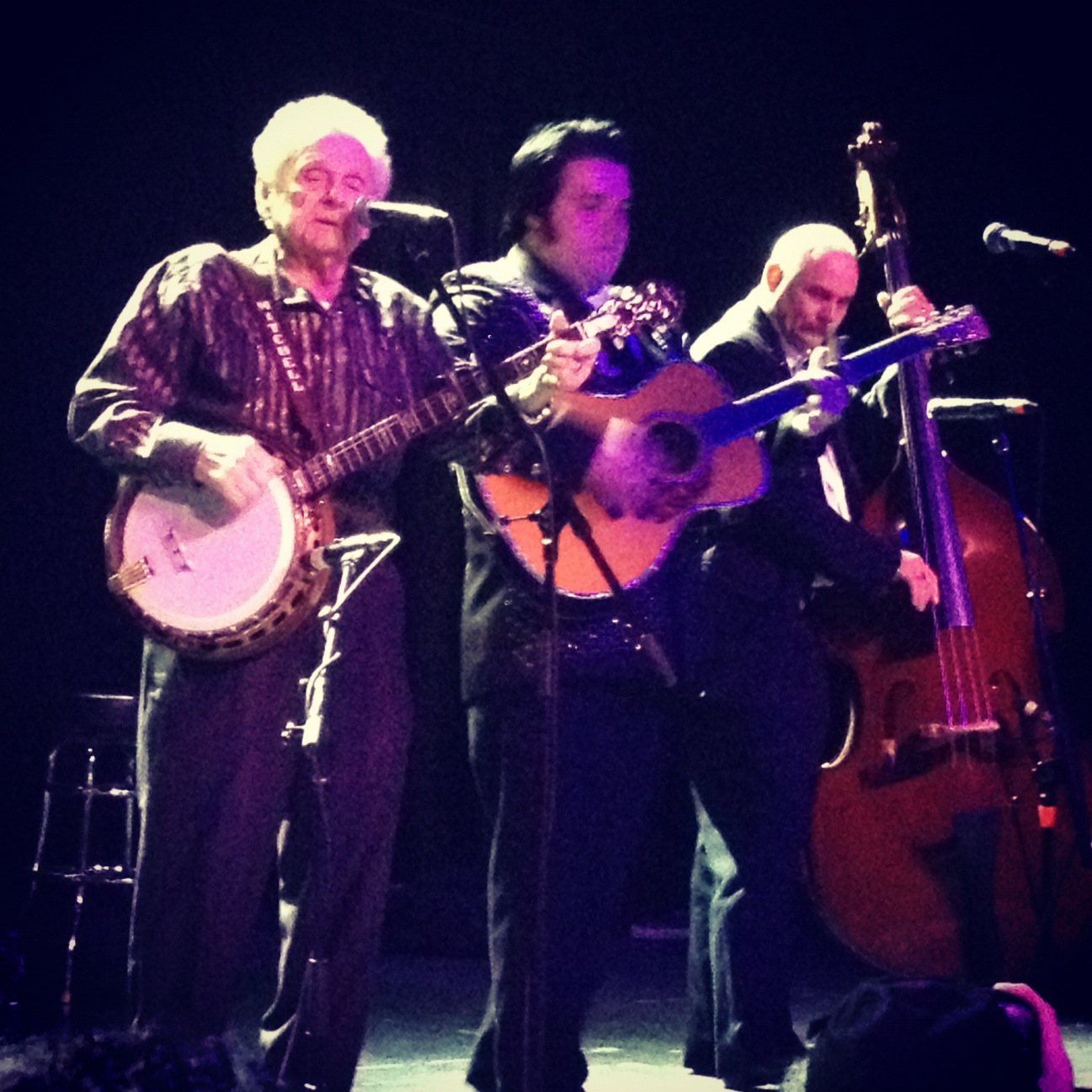 The band had been introduced: the fiddler, the guitarist, the upright bass player. All good ‘ol boys that seemed like they could be distant relatives, and had multiple jobs/talents, the shining one being that they were great enough to share the stage with this guy. The last to be introduced was the young man reminiscent of Elvis, wearing a rhinestoned blazer. He is Ralph Stanley’s 19 year old grandson.

“I’m gonna pick one!” Stanley says as he saves his voice by playing and letting another sing. The crowd is so overjoyed, their deafening applause is the only thing that conjures Stanley to somewhat smile. “What are we gonna do next?” There is no setlist at play, everything is decided in the moment.

Something happened at one point that hasn’t happened to me at a concert, maybe ever. The fiddler played “Orange Blossom Special”, and I was able to say: I can do that! I grew up playing the violin…but my family only referred to it as a fiddle, and I was told to learn old classic bluegrass songs, OBS being the hardest one. And I did it!

The upright bassist had a voice on him that nearly rivaled Stanley, he was that good. One of the standout songs for me was “In the Pines”…which you might know as “Where Did You Sleep Last Night”, performed by Nirvana on Unplugged. Everything is connected. “I stayed in the pines where the sun never shines…And shivered when the cold wind blows”.

He opened up his voice more towards the end; when things went into his lower register, his voice became bullfroggy, which was endearing. We all laughed. As he went to play the final song, he played “Constant Sorrow”, which sounds much more positive live than the fetal position inducing recorded version.

The audience begged for him to do one more, and he was handed a banjo that a bandmate helped him tune. It belonged to the opening band. After he belted out the last one, he said many thank you’s to the crowd, and looked upon us like a man who is relishing the twilight of his career. Before I could get all misty eyed about that, he took off the banjo and mocked that he was going to throw it into the crowd! Ralph Stanley’s got many more years left in him.

As I start to wrap up my time in Texas, my heart weighs heavier than I expected. But I know that I can always turn on the music that came from that AM radio, and I’ll be that barefoot kid again.

“I am a man of constant sorrow
I’ve seen trouble all my day.
I bid farewell to old Kentucky
The place where I was born and raised.

For six long years I’ve been in trouble
No pleasures here on earth I found
For in this world I’m bound to ramble
I have no friends to help me now.

It’s fare thee well my old lover
I never expect to see you again
For I’m bound to ride that northern railroad
Perhaps I’ll die upon this train.

You can bury me in some deep valley
For many years where I may lay
Then you may learn to love another
While I am sleeping in my grave.

Maybe your friends think I’m just a stranger
My face you’ll never see no more.
But there is one promise that is given
I’ll meet you on God’s golden shore. 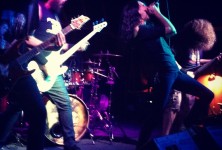 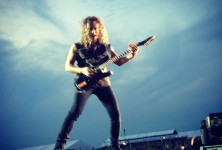