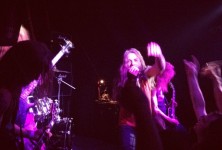 You know how sometimes you just need a show to get completely lost in because the week has so totally fucked your mind that you can’t do anything else? 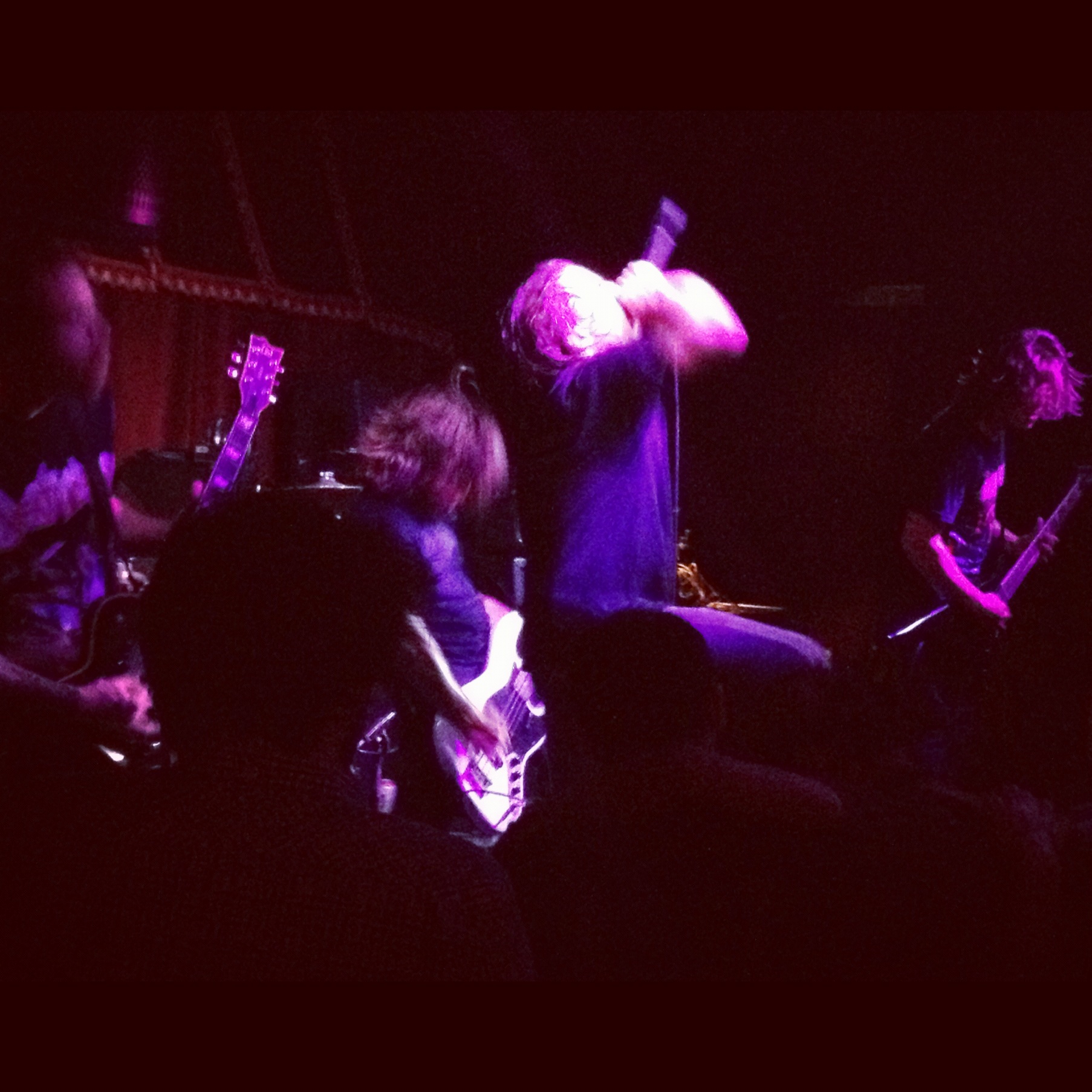 Dallas’ Power Trip really took me by surprise; they reminded of of Austin’s now defunct Iron Age. Great energy carried their hooky riffs and desperate screams. Watching the chaos on the stage and in the pit just opened a floodgate of release for me even if I wasn’t in the middle of it. We all may bring a different kind of pain from a spectrum of different issues; but through this hardcore music, we thrust it all away. 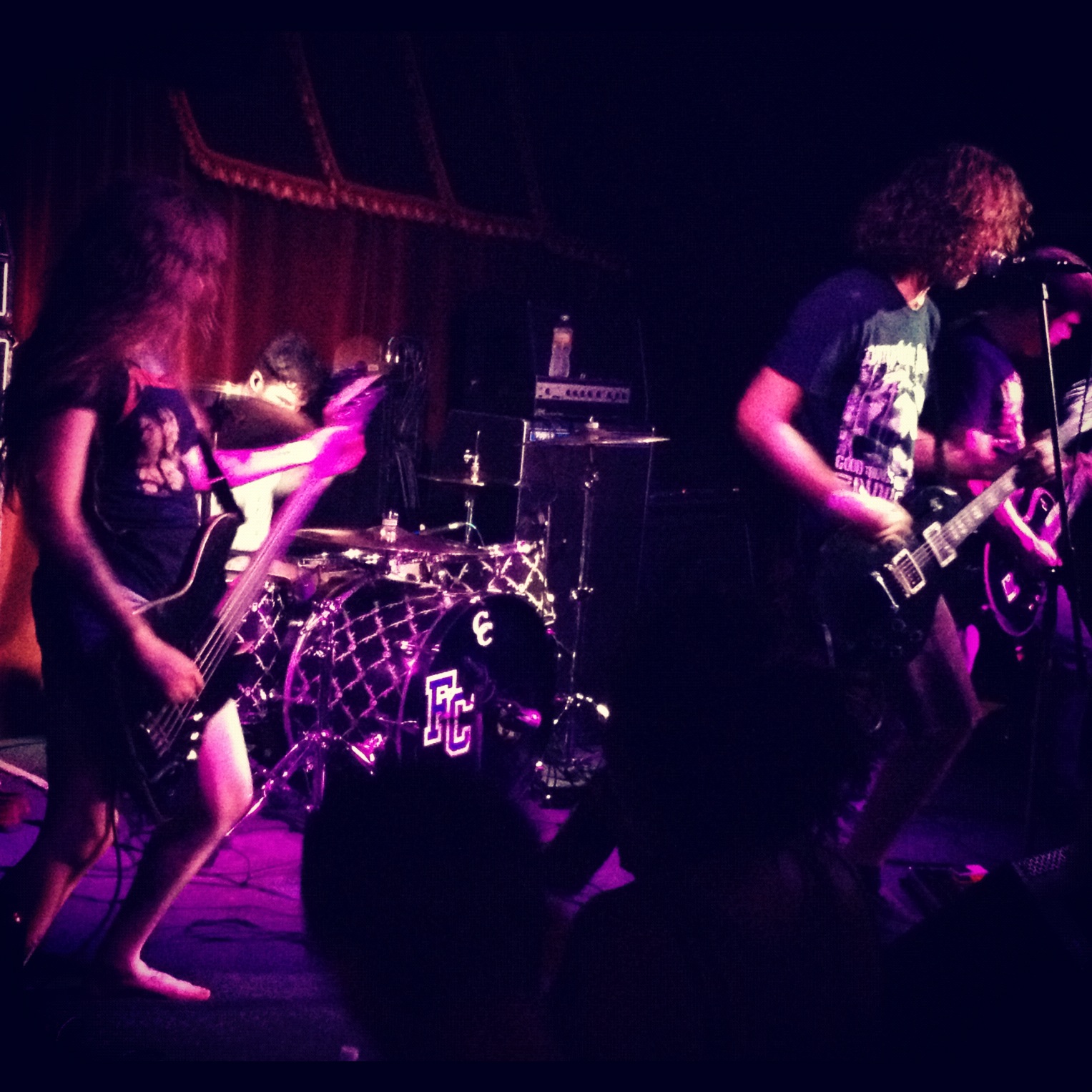 I also really enjoyed Enabler. Watching their bassist, Amanda Daniels, reminded me of a young Sean Yseult. Performing songs like they were sprints, they gasped for breath in between them. “Unconditional Surrender” is a standout song of theirs. 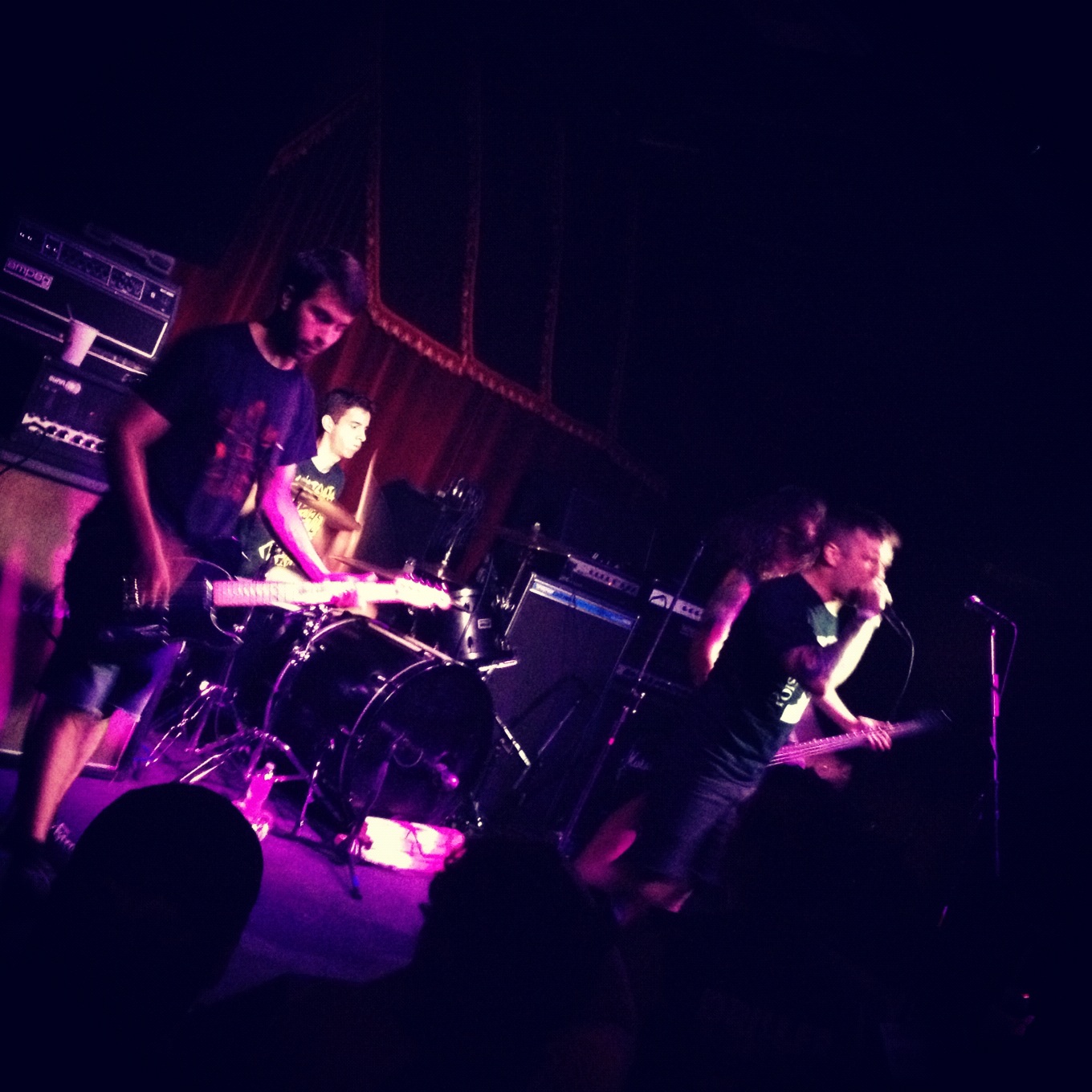 Burning Love brought the mellower set of the bunch. Fronted by ex-Cursed vocalist Chris Colohan, tracks like “Don’t Ever Change” and “Alien vs. Creditor” sounded oddly melancholic that evening in comparison to the rest. 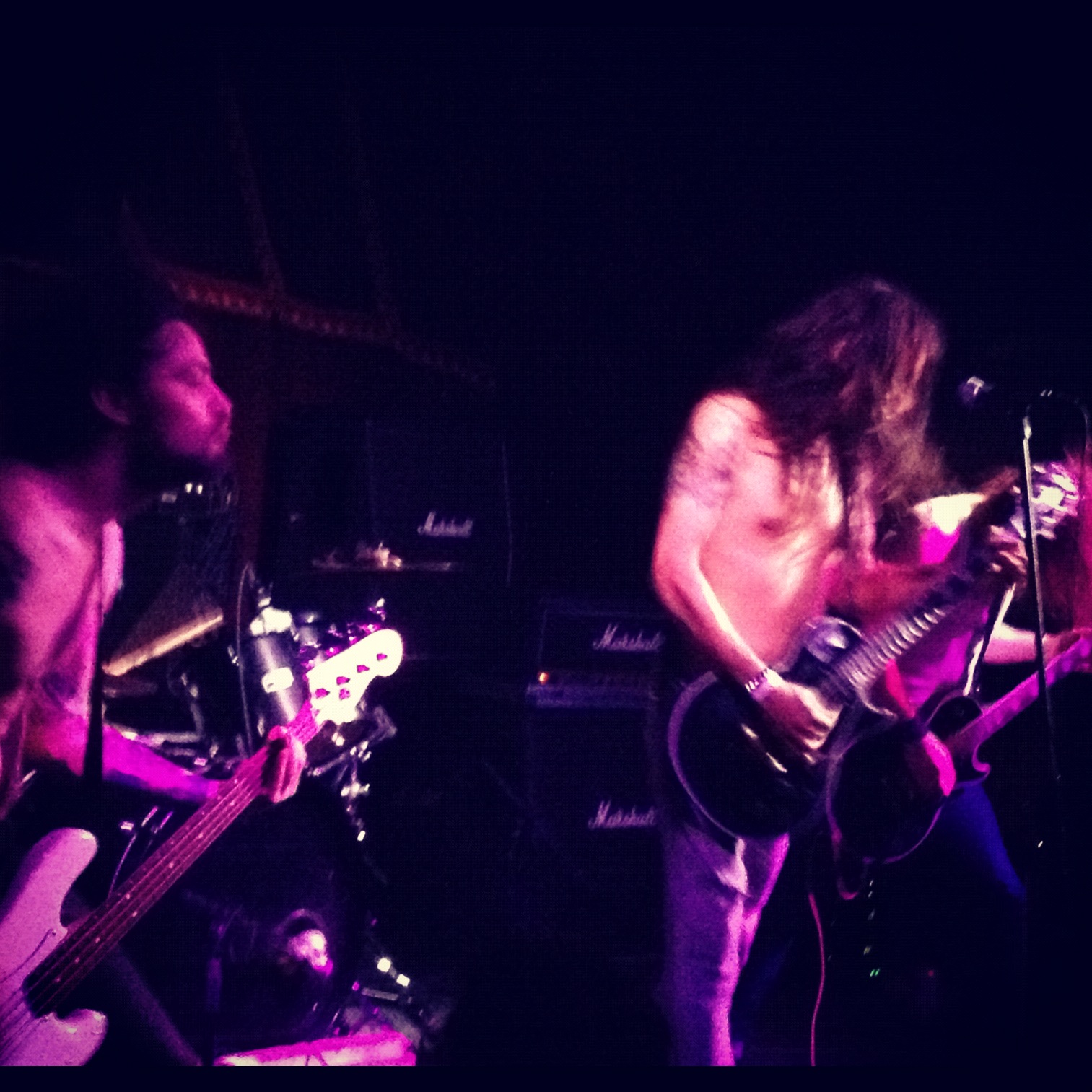 I’d heard good things about MartyrdÃ¶d; the Swedish bands and I have been really getting along lately. The gravely, wailing vocals over a trudging undercurrent of guitar/bass/drums with some soaring riffs on top gave them a unique, consuming sound. It’s amazing how I can’t understand a word of what is being said within or between songs, but I feel like I comprehend this better than half of what else has occurred to me this week. 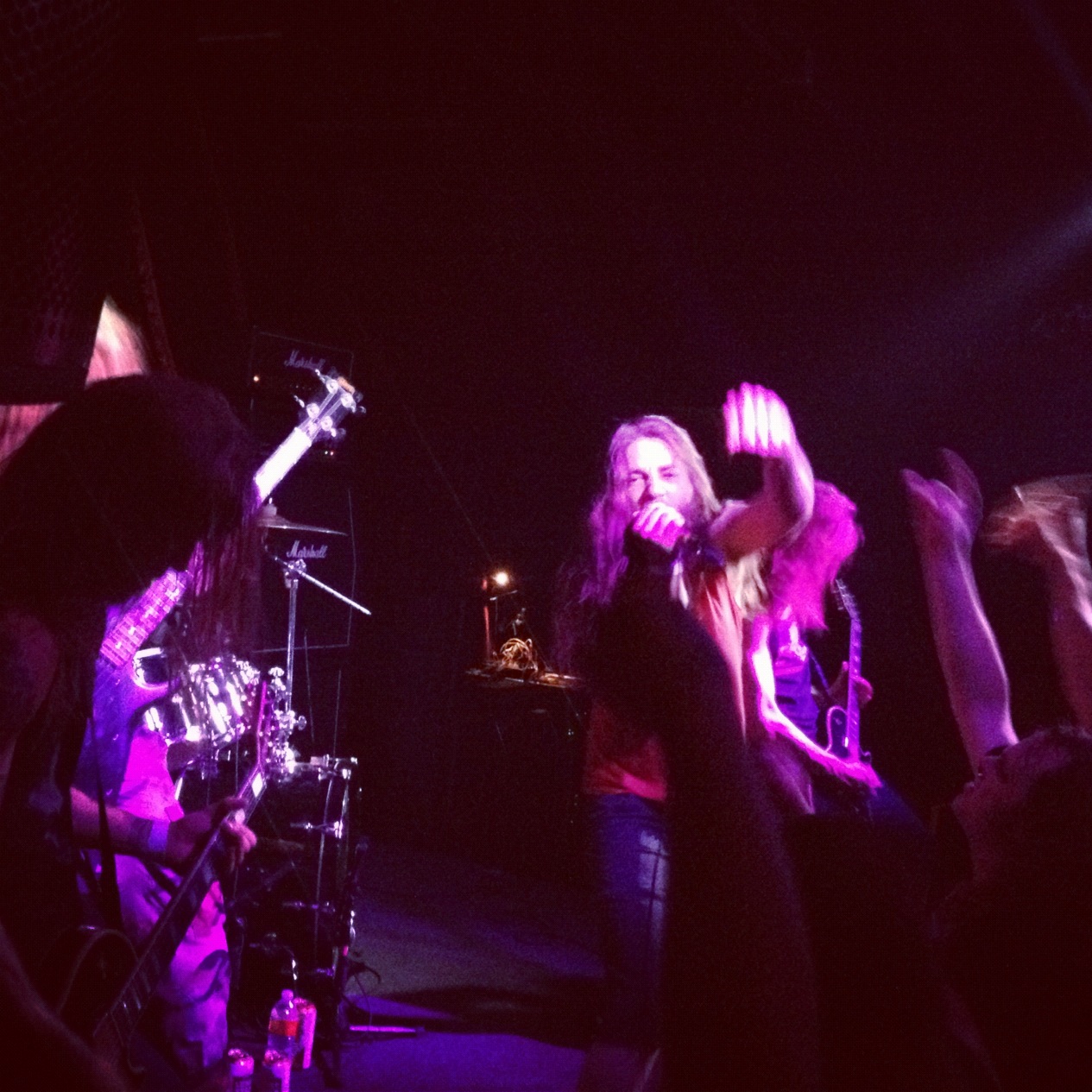 Black Breath. Anyone who regularly reads this knows that they are one of my favorite newer bands. And I couldn’t think of a better band to see on a night where I felt like shit; if I were at home I would be listening to them to make myself feel better anyway. It would be easy for me to say that over the two years that I’ve been following their career; they’ve gotten better. That’s not the case. They have been great since day one; it’s the increasing amount of people coming to see them that are catching up. With Black Breath, there’s no pretense; no sense of rockstardom within this crew…they are everyman, and that is what I love about them.

I can remember when I was sent my promo copy of their latest release, Sentenced to Life, and promptly turned it on in my hotel room as I was getting ready for some fancy GRAMMY event back in February. “Feast of the Damned” is one of the best album openers, and the fact that they opened this set with that put me in a right place. Black Breath’s music appeals to me because they write fully actualized songs; beyond being heavy and fast, they have catchy riffs, themes you can comprehend, choruses you can scream along with. “Escape From Death”…”Sentenced to Life”…”Home of the Grave”…I’m in the middle of it as much as I can be without being stupid. Screamer Neal is in everyone’s faces, the focal point of madness.

“WeWhoCannotBeNamed” is their typical closer; a song which reaches out beyond the bounds of their usual territory at first but then ties up their set in a big, black, dirty, shredded bow.

I always have and probably always will have a great time seeing Black Breath, but on this particular night, their set really reminded me why I am here. 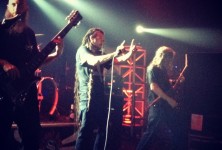 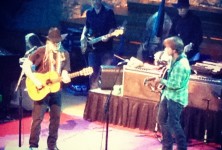