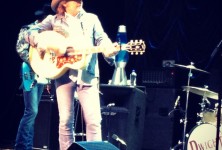 This one was particularly special, as I spent the afternoon headbanging for about 5 hours straight to the same song over and over again for the sake of a short film called Black Metal. And I looked like this: 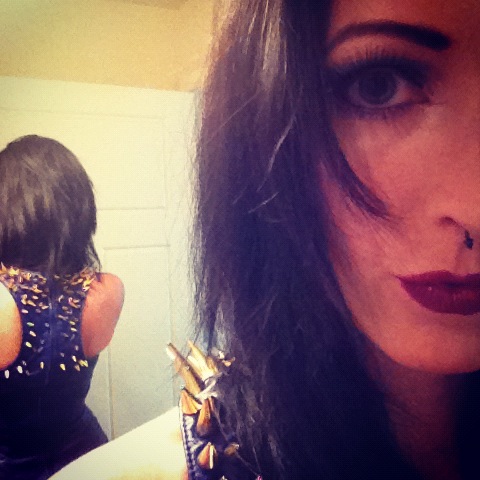 So it felt a little off to come home and quickly change costumes to get ready to take my dad to see Dwight Yoakam: 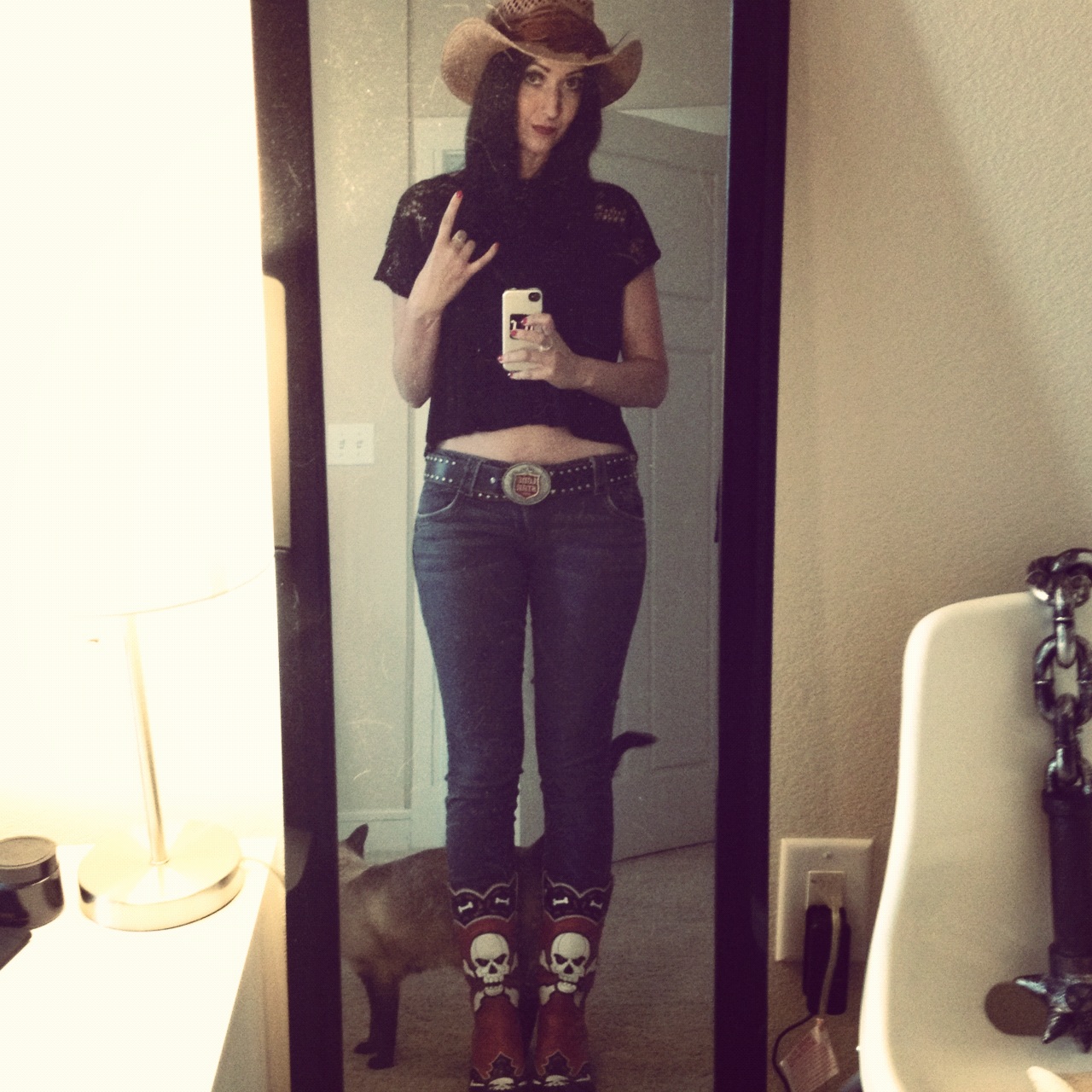 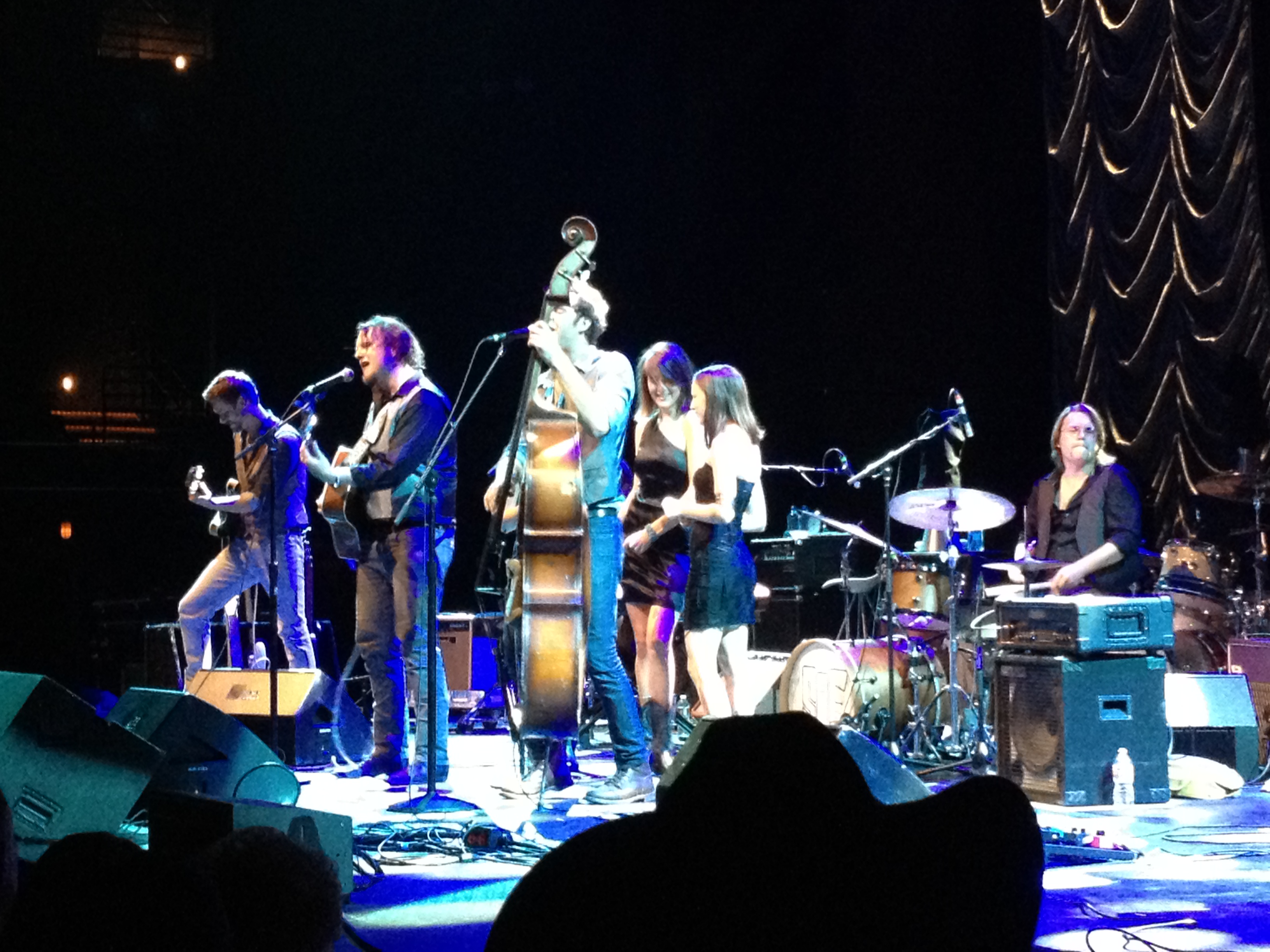 As soon as we walked onto the floor of the theater, Sons of Fathers were in the midst of their band introductions. Straight away, I hear: “…from Fredericksburg…land of peaches, home to Nimitz museum…” and I stop in my tracks because, that’s where I’m from, and no one’s from there, especially someone that’s on a real legitimate stage. I only got to hear their last song, but it sounded pretty good.

When I was growing up, I listened to a lot of ’80s and early ’90s country radio in the passenger seat of my parents’ cars. Reba, Garth, George, Travis, Randy, Wynonna, Clint…I can still hear the songs and know every word because my mom sang along. But I’d have to say my favorite was always Dwight Yoakam, because he had a distinct rock vibe that penetrated the country twang. About 10 years ago I got to see him perform live as part of an industry party for my family’s business; it was a great show and I had always looked forward to seeing him again. 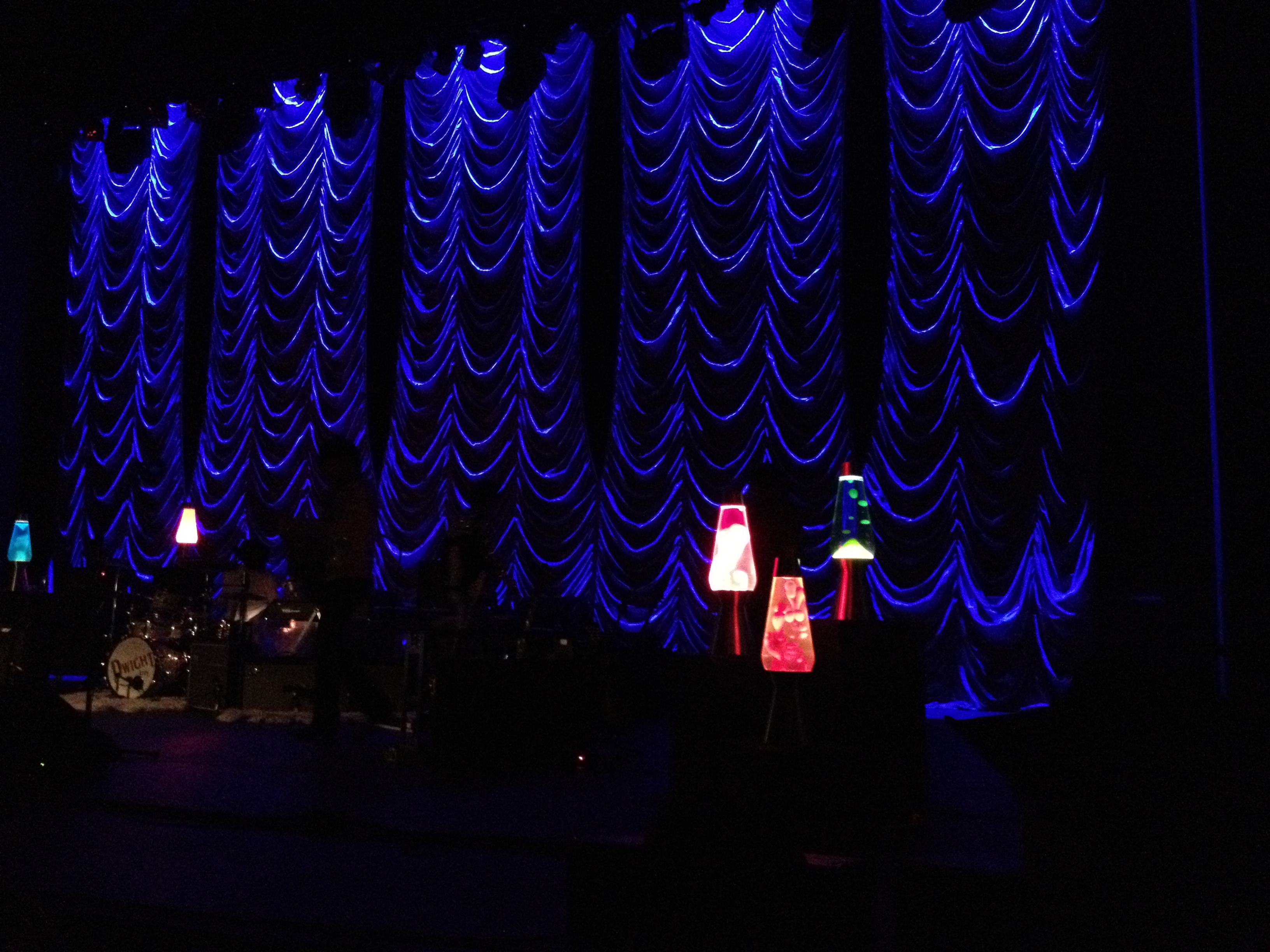 As we moved closer to the stage, I giggled as they removed black coverings to reveal giant lava lamps adorning the stage. Lava lamps!! I had forgotten about those. The Moody Theater is my new favorite venue, and being GA tonight allowed me a closer look at the stage, a nice open performance space with good sightlines everywhere.

As the band came onstage, all adorned in some sort of bling which has become a standard in country…the girls screamed as Dwight can still pull off those tight jeans (we call them Stranglers). Dwight may not have a pretty face…in fact, he has the face of a good villain. But the ladies love him nonetheless. 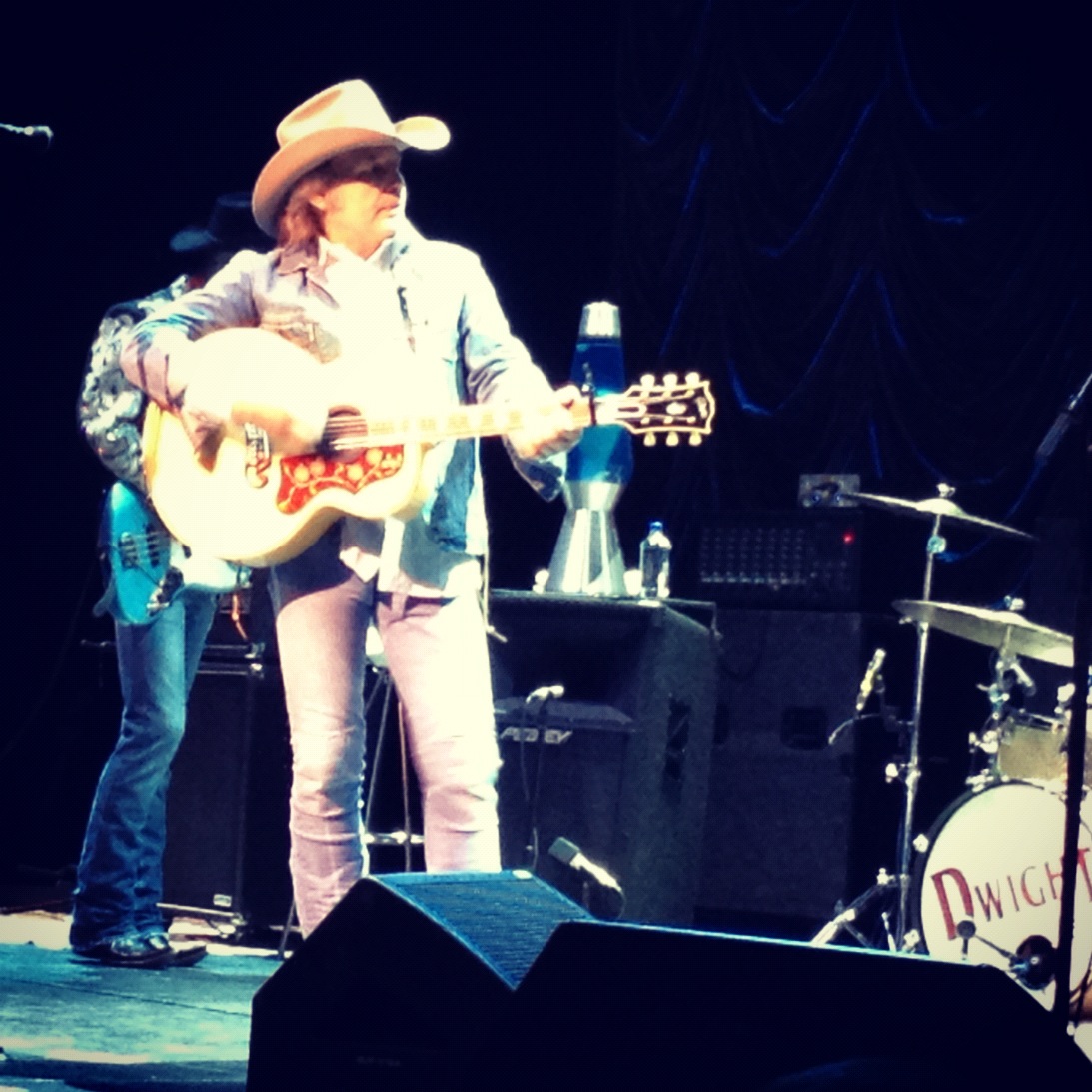 As he began, I was drawn right back into the place the recent Willie show I went to took me. Melancholy. Trying to brush aside thoughts of thinking about how my mom should be here, wondering if I’m doing the right thing leaving Texas, and growing increasingly angry over the completely obnoxious, drunk crowd…”Streets of Bakersfield” begins to play. Dwight introduced it by basically giving a rundown of the highways that I’m about to drive on my trek west. And then, he stopped the song and changed the line “Spent some time in San Francisco” to “Austin, Texas”…which felt kinda weird because both lines ring true for me.

This was his second night of a two night stint here. While his voice sounded a little hoarse, he still had that characteristic nasaly twang, and, most importantly, that Elvis-like twist and shimmy, which, of course, made all the drunk girls scream.

Speaking of Elvis, when Dwight played “Little Sister”, it sounded much more like the original Elvis version than the one I grew up on. From “Honky Tonk Man” to “Guitars, Cadillacs” to “Little Ways” and “A Thousand Miles From Nowhere”…I relished in the rhythm and words that made up some of the music I was forced to listen to as a kid that I actually liked. All while running interference for these drunks who seemed to gravitate towards my dad….to a point where we actually ended up moving away.

Dwight talked about how Austin is important to him; a gig here in ’85 led to a recording contract. He also spent a lot of time thanking the crowd for buying his records and allowing him to make a living doing this.

At one point towards the end, something happened that I least expected to actually see in person at a show like this…the guitarist fell off the stage! I felt so bad for him, he was trying to hand a pick to a lady in the front and just tumbled off. And then Dwight proceeded to make fun of it….over and over again.

This marked the final of three shows where I put our differences aside and made my dad my show buddy. It’s been pretty cool to show him a little bit of my world before I go. 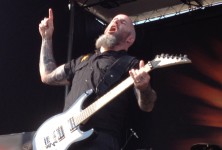 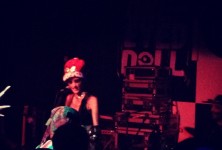