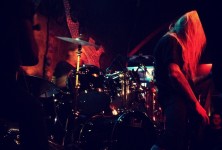 “Decree of my darkest dreams.
Memories of my future.
Welcome to my church.

I am your savior.
Shapeless to your perception.
For I am you, pierced from within.”

~”Pierced From Within”, Suffocation

I moved to LA because there are more options for someone who believes that “variety is the spice of life”, which is something that sounds better than “at 32 years old I haven’t figured out certain parts of my life”. Saturday night proved to be one of those nights where there were too many options; and with Carmageddon 2 occurring, alongside another heat wave, and the last minute opportunity to see Suffocation at a free show close to where I live…I waved goodbye to my plans to see Hatebreed in Pomona. I chose wisely. 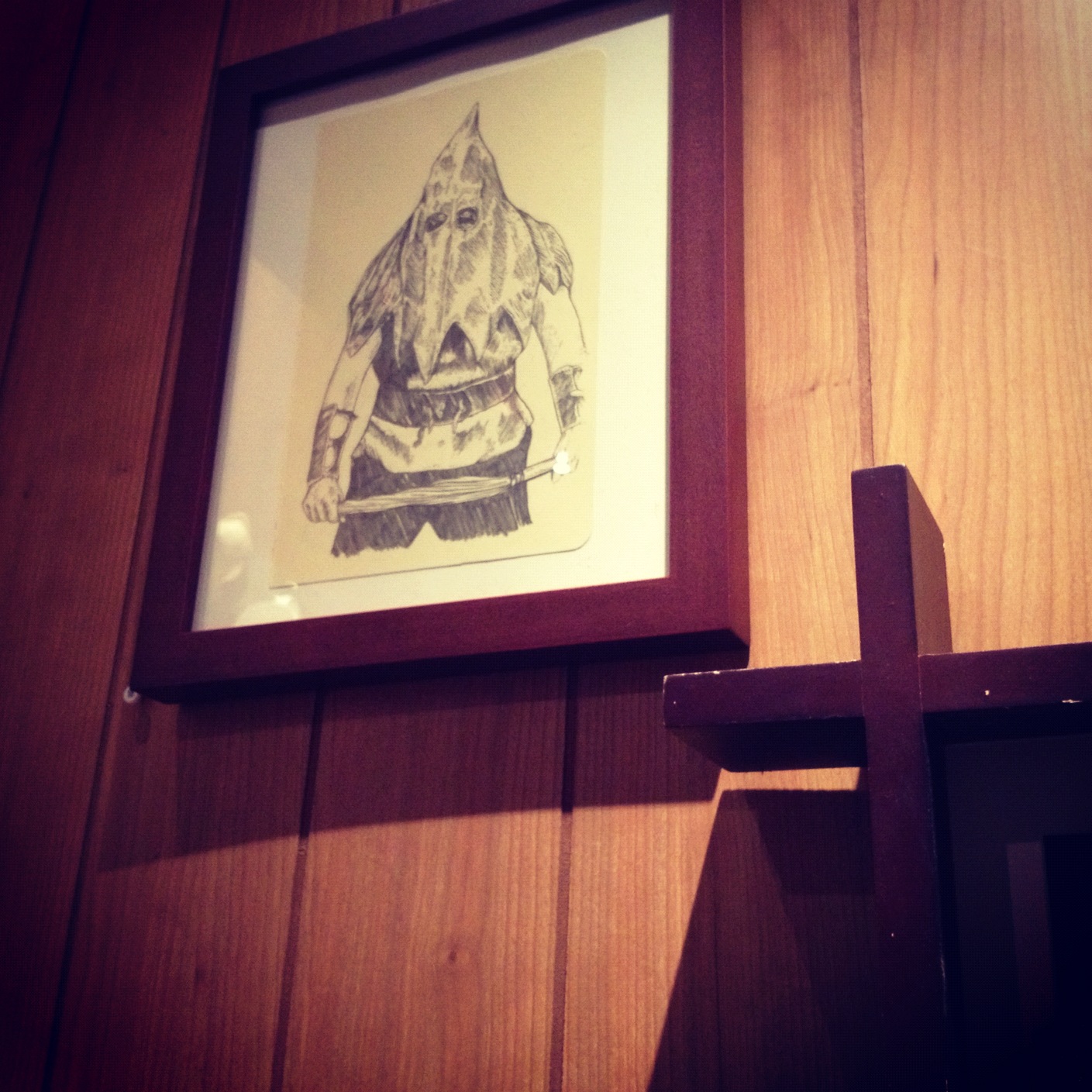 The night began viewing the art of French, who’s vibe I can only describe as that metalhead in highschool who drew dark images on his book covers (do they even have those anymore?! I got detention once for not having one on….). Anyway, the exhibit was small but there was free alcohol and we ended up taking some hilarious photos which I’m sure will end up on the Scion site soon. 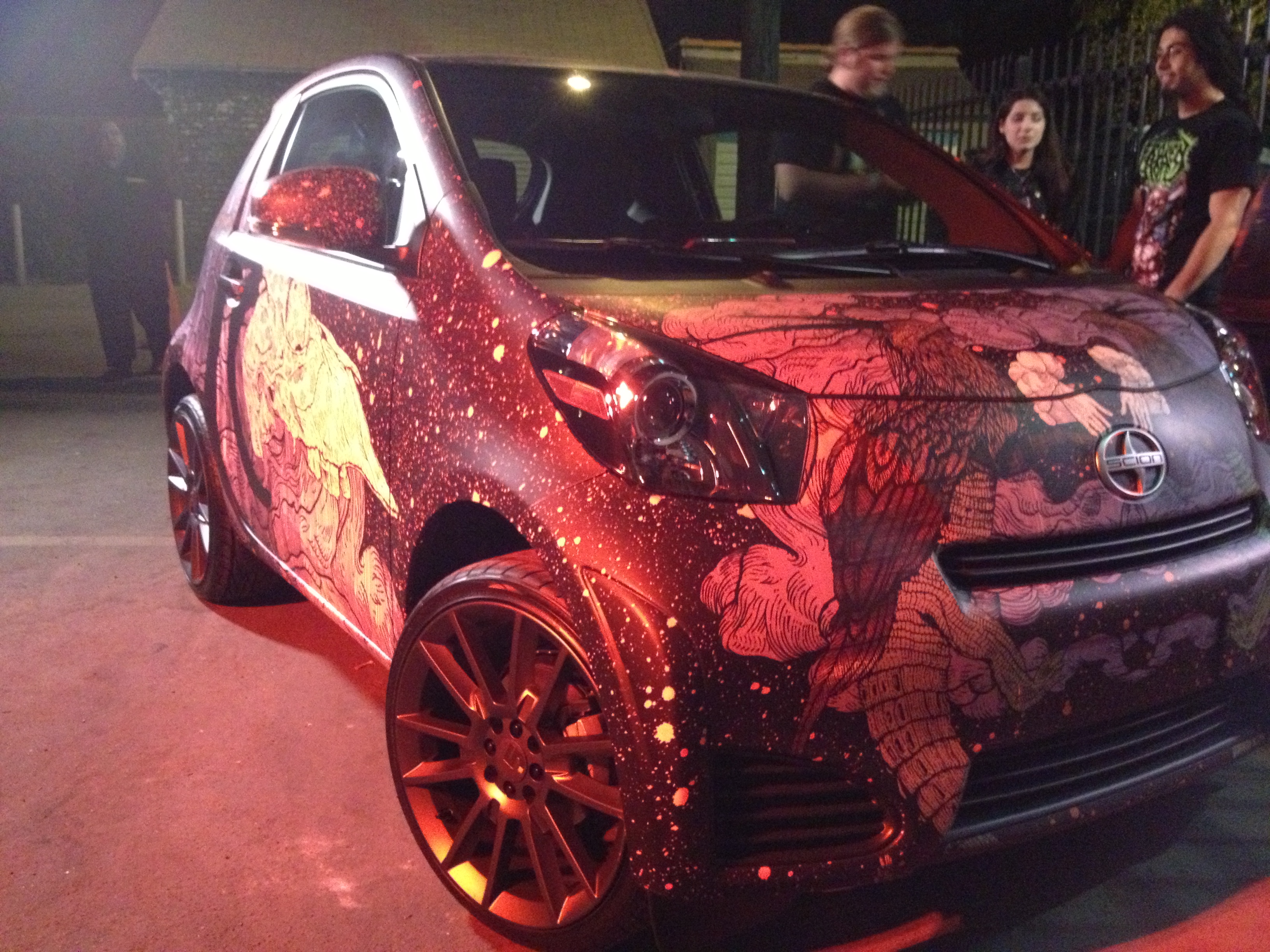 Soon after, we were waiting in line at the Dragonfly, a place I never knew existed. An hour wait, drinking Jack from mini bottles and having reflective, geeky convos about metal and shows and other gossip…we were finally let in. I’m not sure how this show came together; it was only announced the day before and the bands aren’t even from LA. But I’m not complaining. These Scion shows are great for the bands and the fans; am I trading in the Camaro for a Scion…no…but I will gladly attend these free events every time I can. 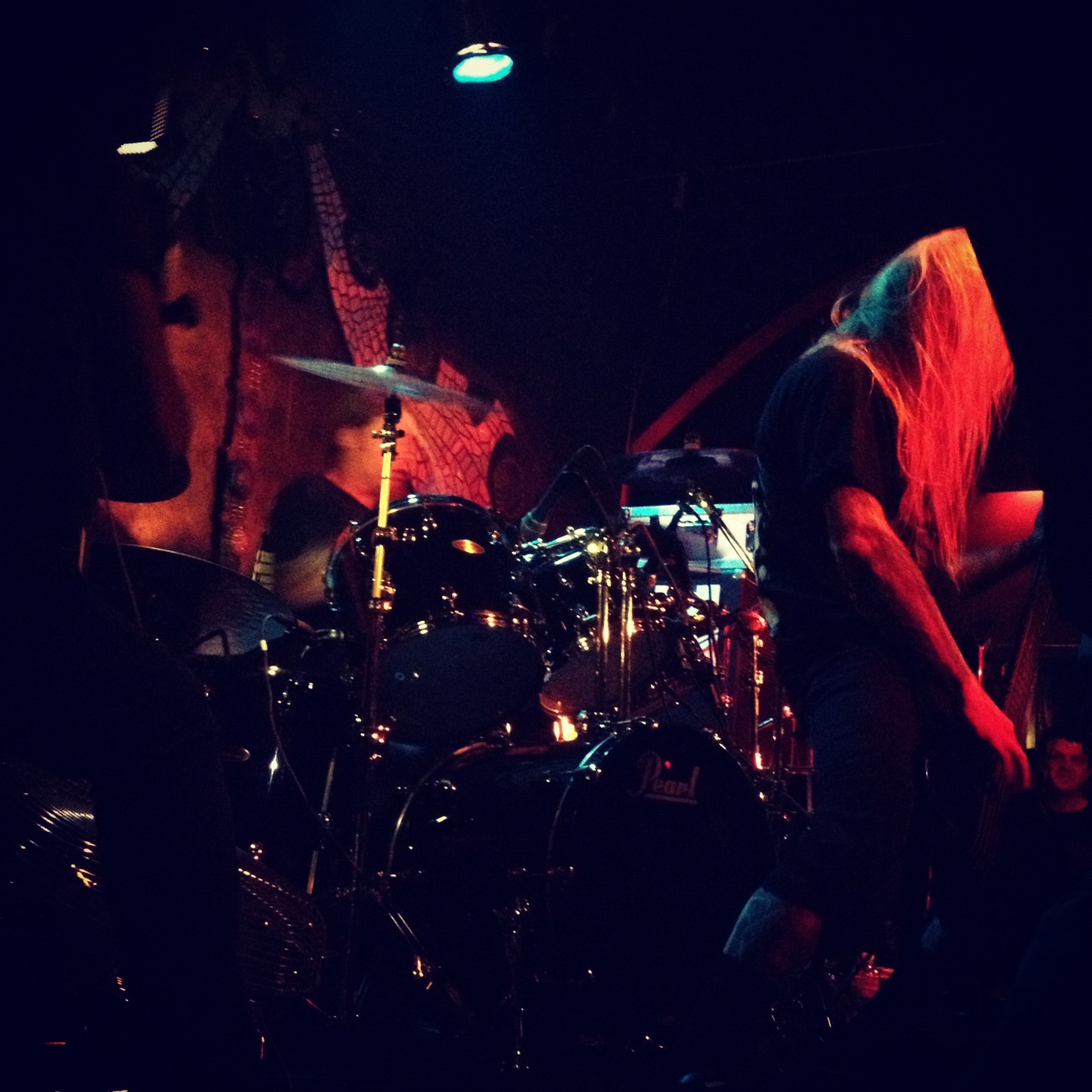 I had only seen Suffocation once before and barely remember it, but after having such a killer time at Obituary, I was really primed for them this time. Being that this was last minute, the crowd was an interesting mix of hardcore fans and people who seemed to have accidentally wandered in. But once the heavy, grinding, growling demon of Suffocation began, all hell broke loose. I had wedged myself in a corner up front behind a stack of speakers, and within the first song, the pit slammed up against them and the top speaker started to teeter over right onto me; luckily I was saved by the bassist for another death metal band and the guy that owns the best metal blog out there. While death by music is the way I’d prefer to go, I was happy to survive unscathed to watch the rest of the most brutal set I’d seen in a while. There was something special about that night, compounded by the weird energy cast by a harvest moon…and several shots of JD since I wasn’t driving for once. A large part of the fun of this set was watching my friend up front; but when I wasn’t doing that or making sure the speakers didn’t fall on me again, I was treated to an up close and personal viewpoint of Terrance Hobbs’ guitar playing. Death metal magic! 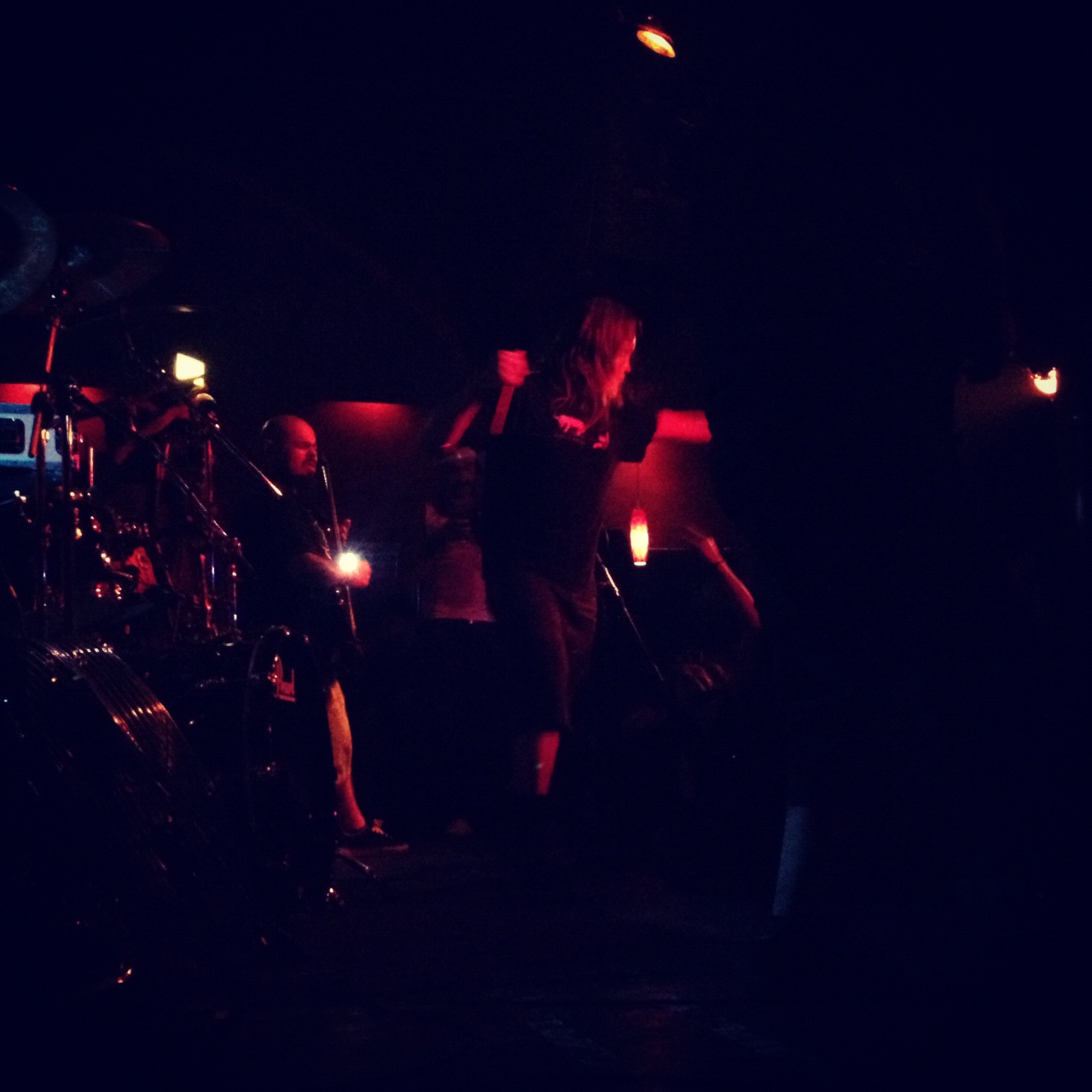 Next up was Origin, who I had seen the year before, but they didn’t make a huge impression on me. This time was much more fun, but that is probably because, for some reason, about halfway through the set, it became ladies stage dive hour. Now, I know anyone who’s reading this is shaking their head because that sounds really lame….but I guarantee you that the girls partaking in this were not your average “I’m gonna jump on stage and act slutty and then get groped” types. After watching their safe plights a couple times, I got possessed by that always nagging bucket list of mine, viewed the stairs to the stage calling my name right in front of me, and located a friend to hold my bag. And the next thing I know, I’m on stage. And then I’m jumping off. And then I got caught and tossed a few times. And then I was set on my feet. And it was SO FUN. I don’t know what song it happened in, but the pure spontaneity of it made the whole thing even more fun. Back to marveling at the often discussed skills of the bassist, the set wrapped up and I had a new concert bonding appreciation for Origin. 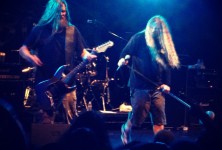 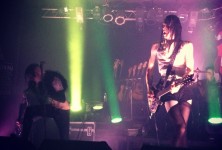