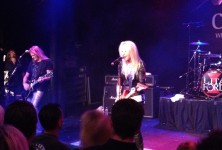 “I been up, ‘n’ I been down
I been messed up ‘n’ turned around
I been a fool, ‘n’ I been wise
I’ve seen shit ‘n’ paradise
And I still got the aces up my sleeve
Fast mover, ya can’t catch me

So catch me if you can.”

Whenever I put on the pinstriped pants, you know it’s an important night. This evening, as I meticulously fixed my outfit, hair and makeup, it was all in honor of someone who was a trailblazer for women like me: Lita Ford.

As I drove North on the 101, another Camaro tried to race me, in traffic. No. I walked into the Canyon Club only to be immediately confronted with the smarmy “did you come here alone?” question. No. A gaze around the room revealed a dinner table setup not typical of a rock show. No. The opening band was wrapping up, a leather pants-clad lead singer talking about taking off his nail polish before work the next day. No.

I remember, as a kid, I was always drawn to women who did things a little differently. Women that may have said “yes” to things when most said “no”. Women who did things boys traditionally did, but somehow managed to maintain their femininity while doing this. My mom was like that; she was the most girly tomboy you’d ever met. And I consider Lita Ford a role model because she has accomplished that very same thing.

The first song I ever remember hearing was Joan Jett’s “I Love Rock ‘n’ Roll”. Years later I got into The Runaways, and from there I became aware of Lita Ford. So tonight was important to me: I was finally seeing one of my icons from this branch of my influences.

I was pleased to see that, as the show got closer to beginning, people rose from the tables and gathered closer to the stage. Couples reliving the times when they met, men ogling a sex symbol, rock fans of all ages- especially women- were there to experience one of the queens of rock ‘n’ roll. Opening with a cover of Elton John’s “The Bitch is Back”, all attendees were put under the spell of Lita’s empowering, sassy, and, at times, reflective rock ‘n’ roll. Moving onto “Hungry”, which I can only imagine was fairly titillating upon initial release…I mean, looking back on pop and rock songs from the late ’80’s and early ’90’s, I have been able to reinterpret lightly shrouded lyrics now that I am into adulthood; but I don’t think 9 year old me could have gotten away with singing along to this. As the couples in the room cast knowing eyes at each other and the singles exchanged wanton glances, Lita bust out moves that easily made you forget what era we were in, how old we were…all of that.

Her latest album, Living Like A Runaway, is like a memoir…and she has a story to tell. She played a couple songs of this new album before proceeding with her standards. Backed by a fantastic band, they supported her well in a set that was being recorded for a live album release. 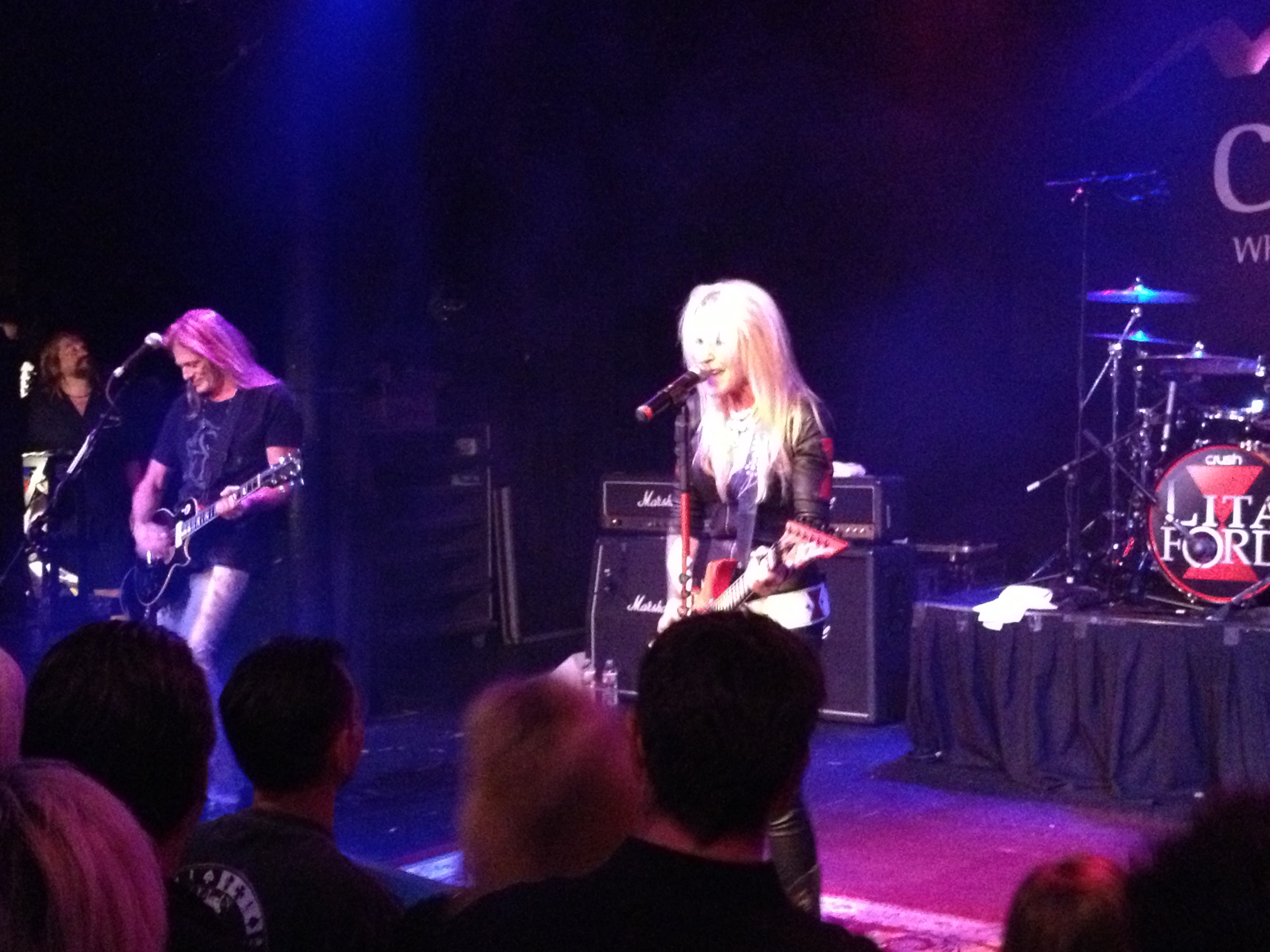 She introduced “Can’t Catch Me” as a song she wrote with Lemmy after meeting him at The Rainbow and spending several wild days with him. It made the song that much more enjoyable after learning that bit of backstory. Playing a double neck at times, it was clear the she has and always will want to impress you with more than how tight the leather hugs her curves. She asked for everyone to sing Ozzy’s part in “Close My Eyes Forever” and people gladly participated.

“I went to a party last Saturday night, I didn’t get laid, I got in a fight…uh-huh, it ain’t no big thing.” I’m watching the women in the crowd sing along and thinking about what they looked like when they played this cassette tape in their cars in 1988. I’m watching the men in borderline dad jeans shake their asses and imagining them with Lita posters on their walls. What did they get out of having Lita sing and play for them back then? Was it just part of the background soundtracks to their high school days? A time when they said “yes” more than “no” and dreamed of doing something that’s a faded memory now? Or did they look at her as inspiration, part of a group of women who rebelled and looked good doing it and held onto that until this day?

That’s what I did.

Thanks to The Bassist for making this happen: 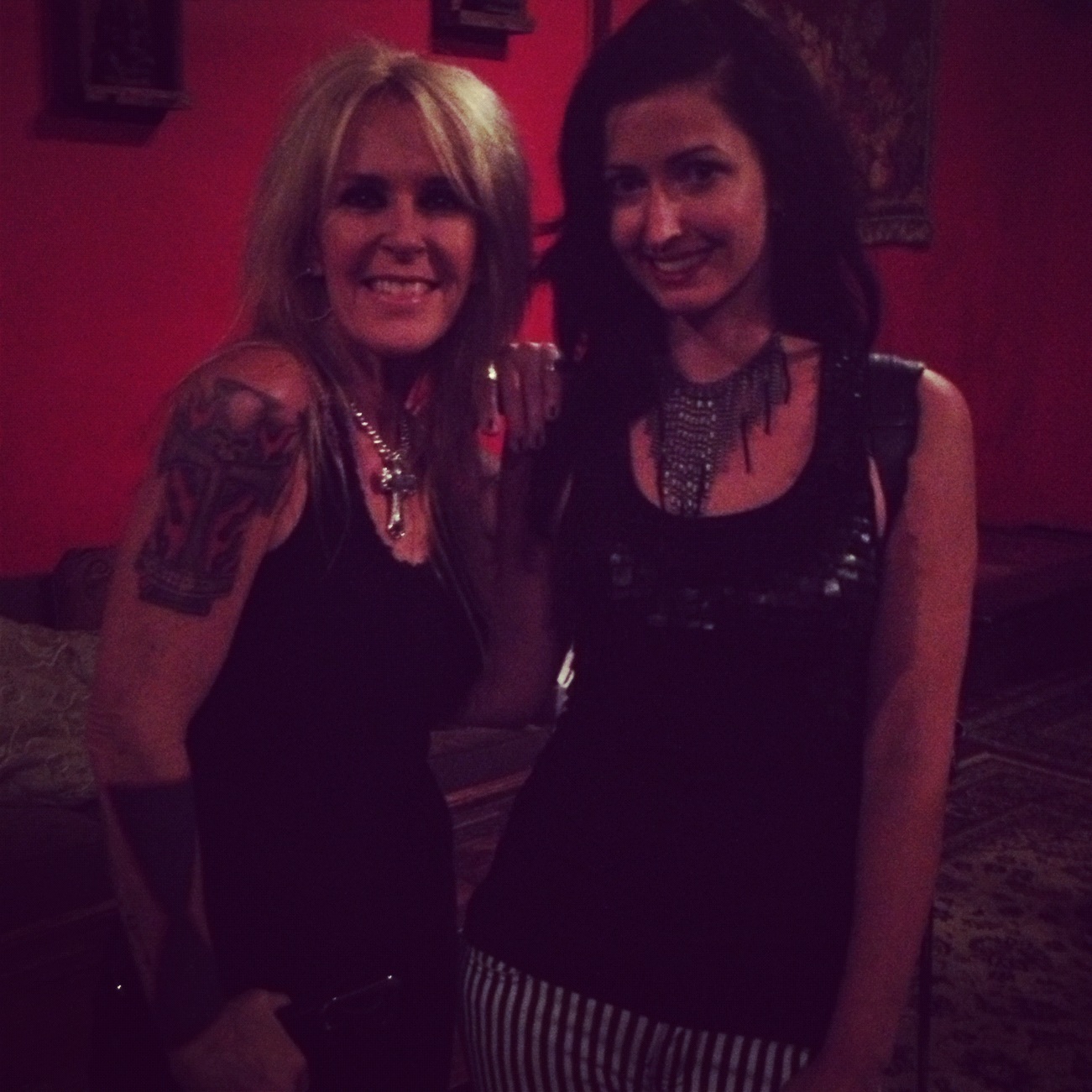 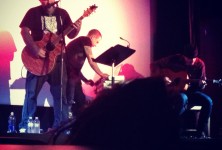 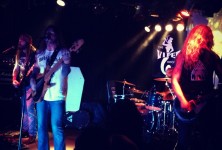