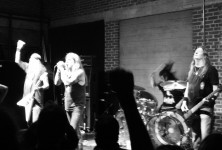 As I navigated a new part of LA, I asked myself this question….but I already knew the answer: I’m in denial.

Kids may call it YOLO, my friend may call it FOMO (Fear Of Missing Out)….but in reality, I’m a workaholic who’s scared of time home alone with nothing to do for fear of feelings of loneliness. This is why my calendar looks like someone threw up on it, and ultimately, I cannot give 100% to anything, and thus….I am sitting in my car outside The Bootleg theater answering work emails on my phone trying to remember what show I’m about to walk into and seeing if I put on two of the same shoes…all the while feeling like shit. Because my body goes into revolt at times like these and my sinuses and lungs start to say, “FUCK YOU!”.

But this is all self-induced, of course. 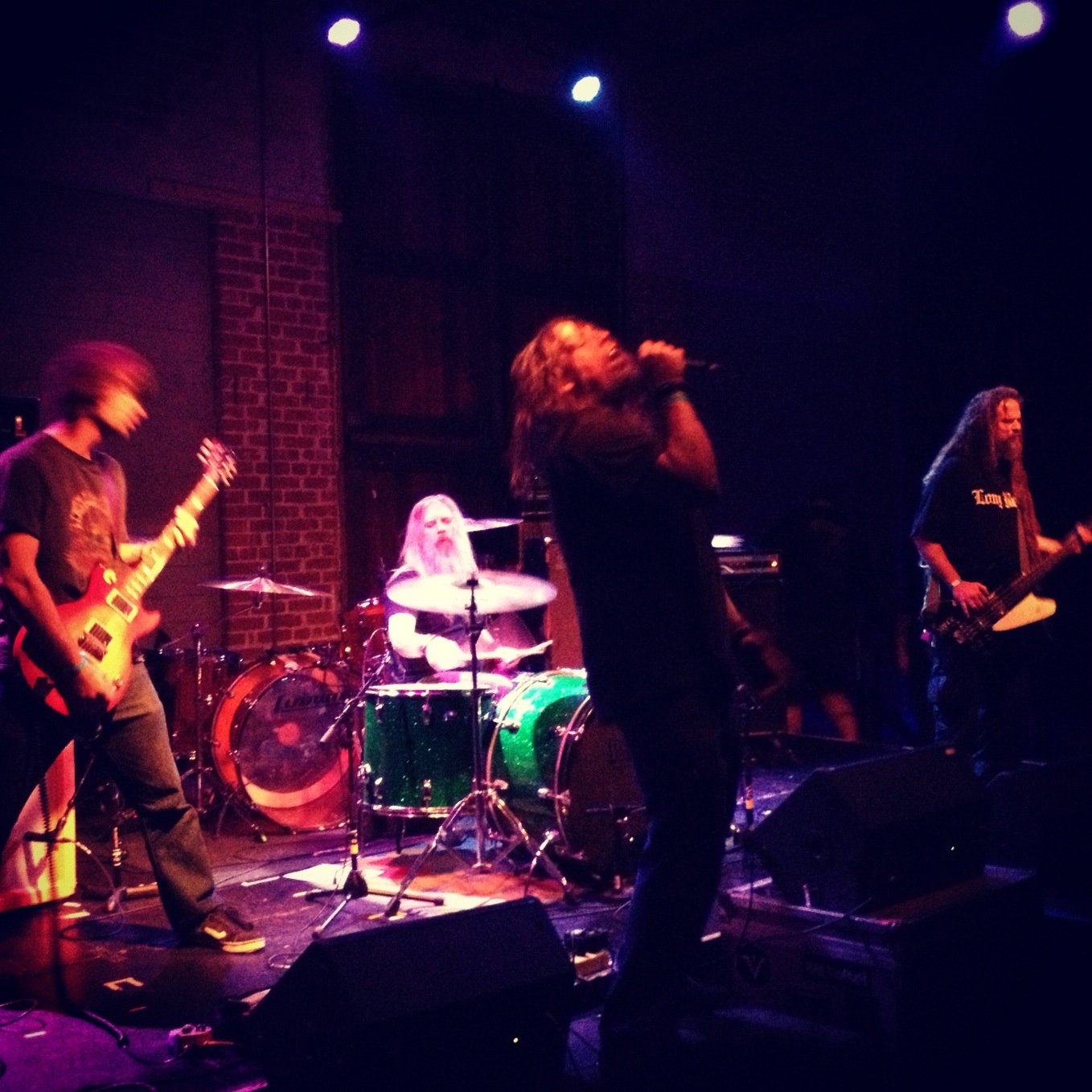 So I drag my whiny, lost ass into The Bootleg and make my way to the bar which happens to have my favorite ginger beer, which seems like a super pansy-ass thing to drink when everyone around you is HIGH AS FUCK, but whatever. I look around and discover that there’s a whole other room in this place where the bands will perform, and it has seating which I gladly take until the first band hits the stage.

Sourvein is a band I admittedly didn’t know a ton about. However, there’s nothing more specific than stoner metal and southern sludge…between the hair and the bleary eyes and the pot leaf tattoos and the crunchy tones of the guitars, it was easy to pick up what they were about. The vocalist has a different approach to screaming than most other bands of this genre; he’s more dynamic and energetic as he wails into the mic. But I’ll admit that the distracting aspect of this band for me was that the guitarist looks a lot like my ex-boyfriend, and it weirded me out. Just when I figured out why I kept staring at him, he finished a song, lifted his guitar up, and kissed the back of the fretboard. 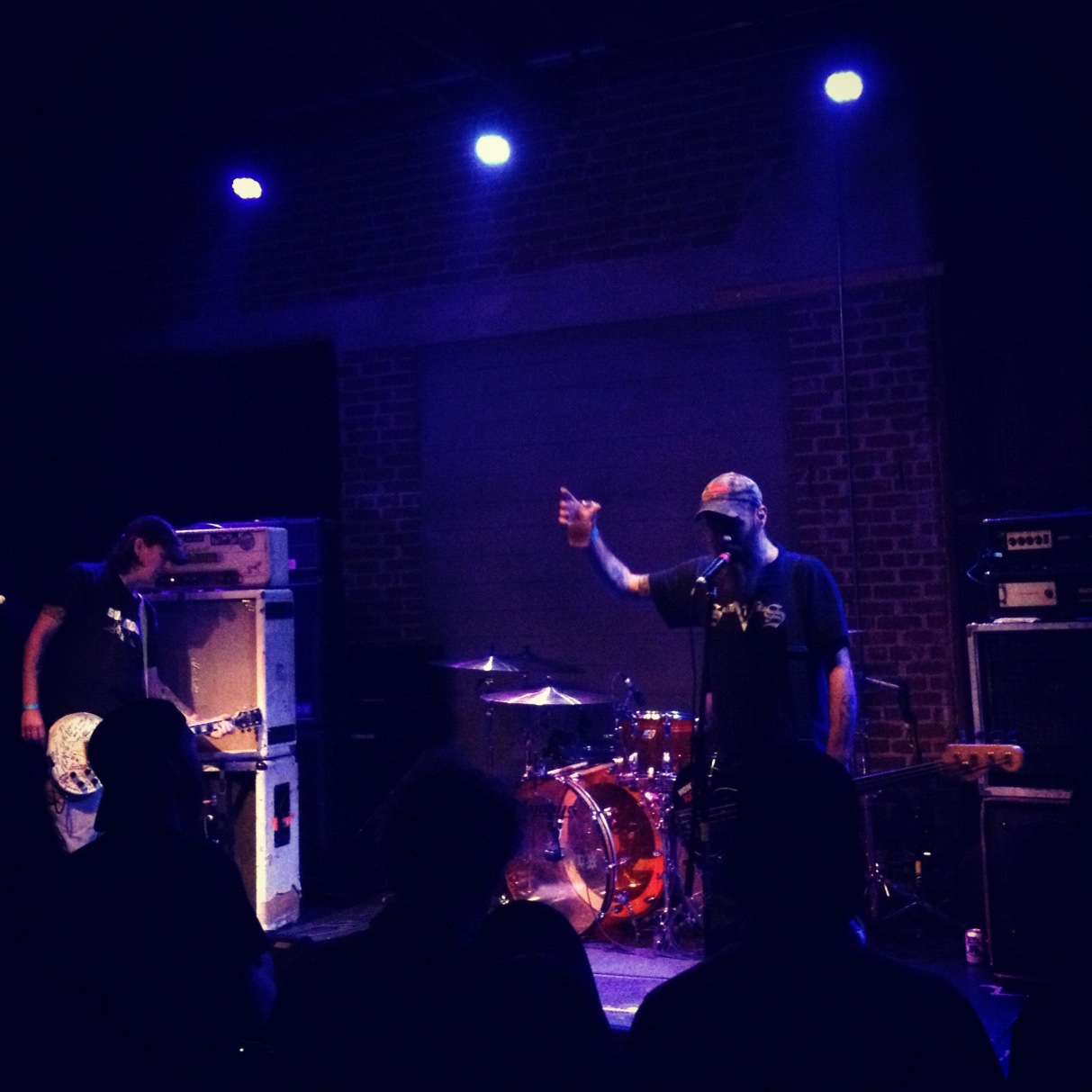 I’ve seen Weedeater several times over the years, and I always enjoy their demented energy. The beer, whiskey, etc. were flowing at the start of the set per usual, as they launched into “God Luck and Good Speed”. I went directly into their tangled web of mangled sounds. Weedeater was down a drummer, so they split their set up between three drummers from the other bands. It made no difference to me. It’s easy to get lost in the fog of their set, and the only thing that snaps you out of it are constantly getting hit by someone walking by to make yet another trip to the bar. As they should. Did I feel like a wimp for drinking ginger beer during this set? YES. 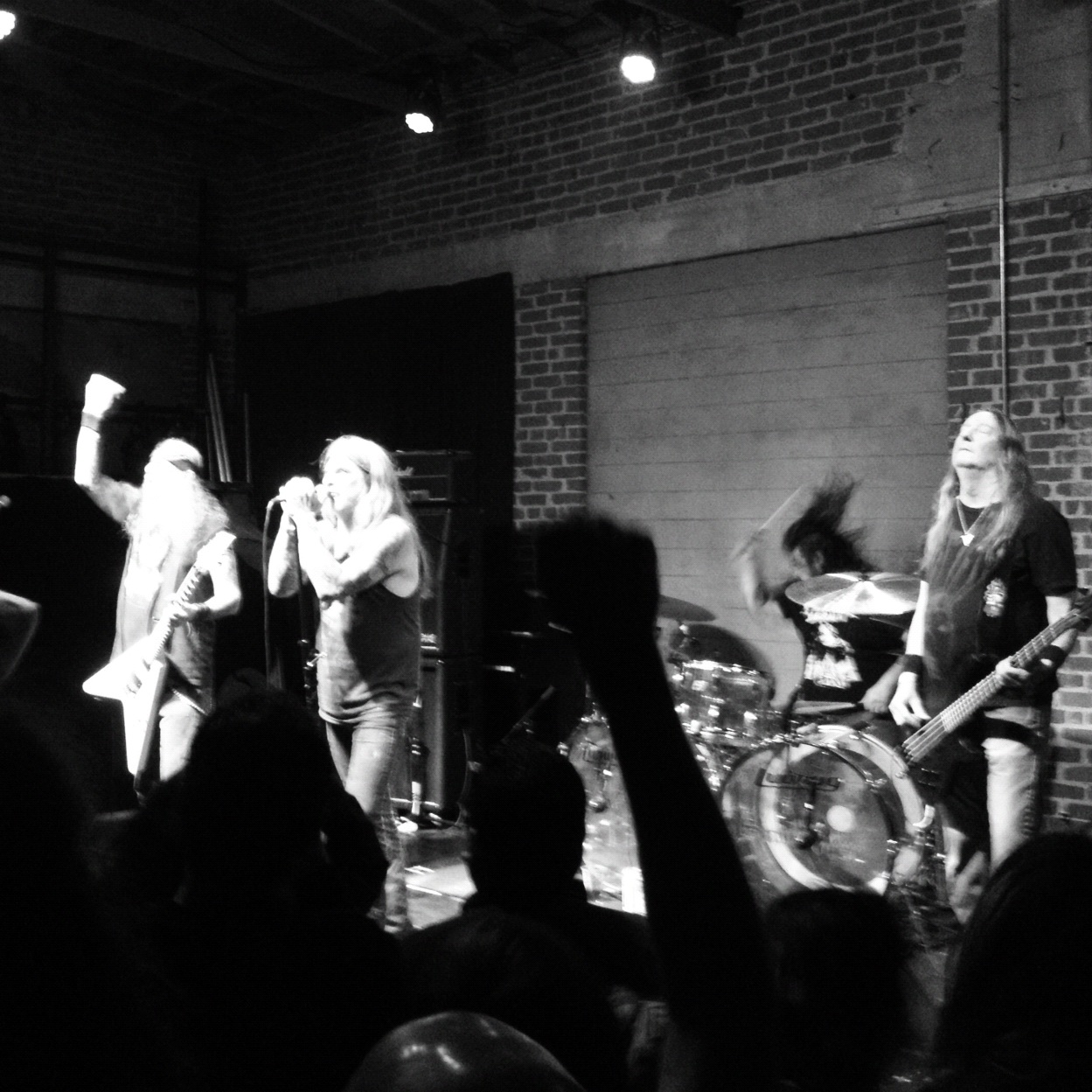 I saw Saint Vitus at Chaos in Tejas earlier this year. It was swiftly approaching midnight and I felt like I might turn into a pumpkin, so I knew I wouldn’t make it all the way through this set. However, once they started, I found myself getting wrapped up into the somber doom. One of my friends pointed out that a certain (sorta scary) bassist was standing in front of us. As I watched on, the set became hypnotic in a way that wasn’t good for me…so I left, thinking I’d see a full set at a Scion event on Saturday. But something came up. 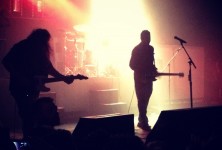 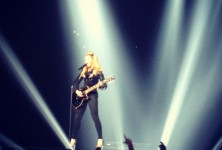