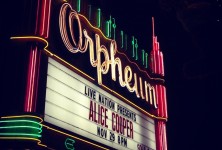 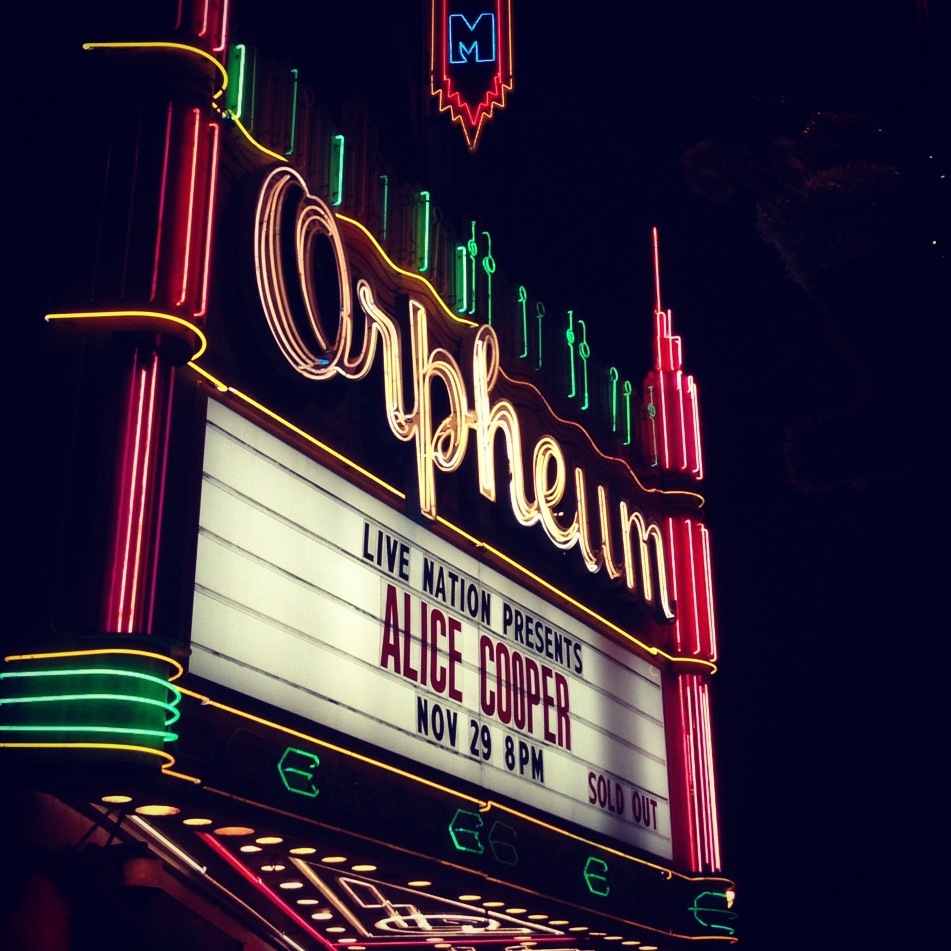 I have a piece up on GRAMMY.com about the Alice Cooper show. I am forever challenged to keep my writing about bands to their small word limit, and this show in particular I could have gone on gushing forever. It was cool to see opener Kill Devil Hill, featuring Rex Brown from Pantera and Vinnie Appice from Dio-era Black Sabbath. Their very ’90’s sounding hard rock paired with the Orpheum’s classic interior made the time and place irrelevant for this show, creating an interesting mental space to experience Alice in. They were not too happy with the seated LA crowd- Brown made fun of it many times throughout the set…this has been a theme for the week. 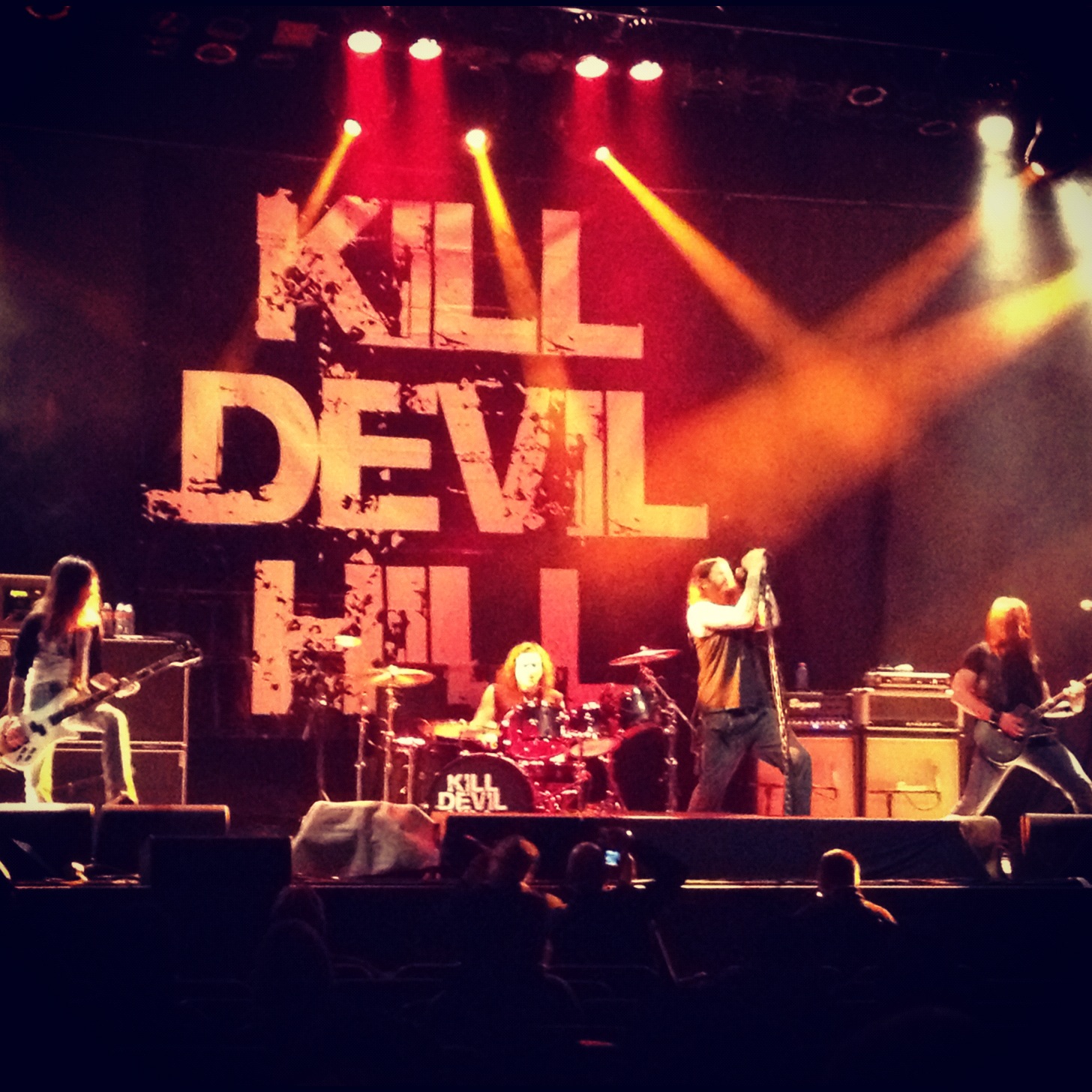 And to elaborate on what I wrote for GRAMMY.com, it was a perfect example of why living in LA rules. For this show, even the jaded LA industry types were into it. But just when you thought the show couldn’t get any better, Johnny Depp played almost a third of the set with the band. This is the second time I’ve seen him join a band on stage this year, and while it’s kind of easy to envision Jack Sparrow/Keith Richards up there….when I start thinking about this being Edward Scissorhands it kinda freaks me out. Here’s video from their official YouTube:

Crazy. From beginning to end, I was completely into this set, and never was distracted by another thought….which is a rarity these days. By the time the night was over and my friend and I were walking to our cars in the most dangerous outfits outside of Alice’s, I drove off into the gloomy LA night thinking that I’m a really lucky girl. 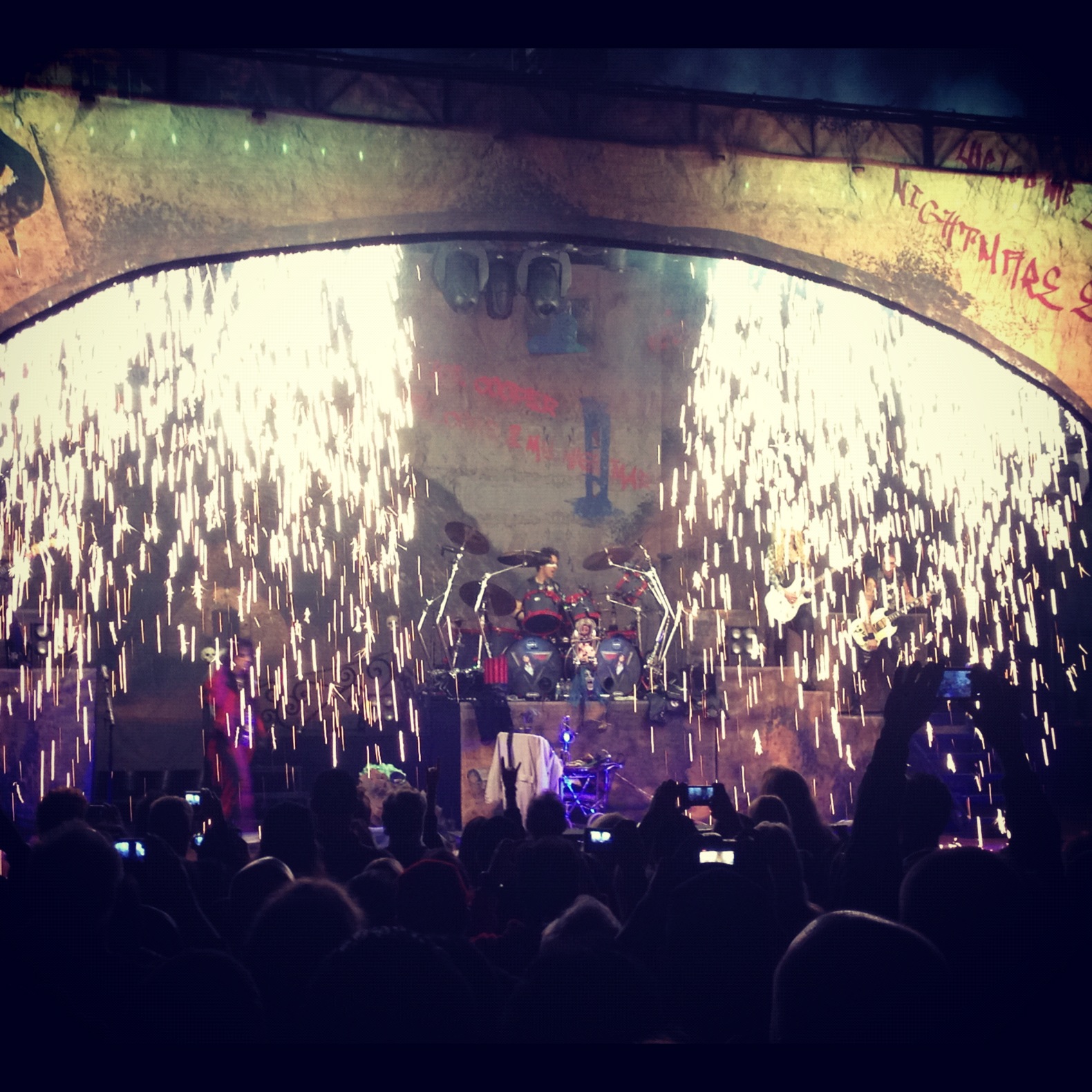 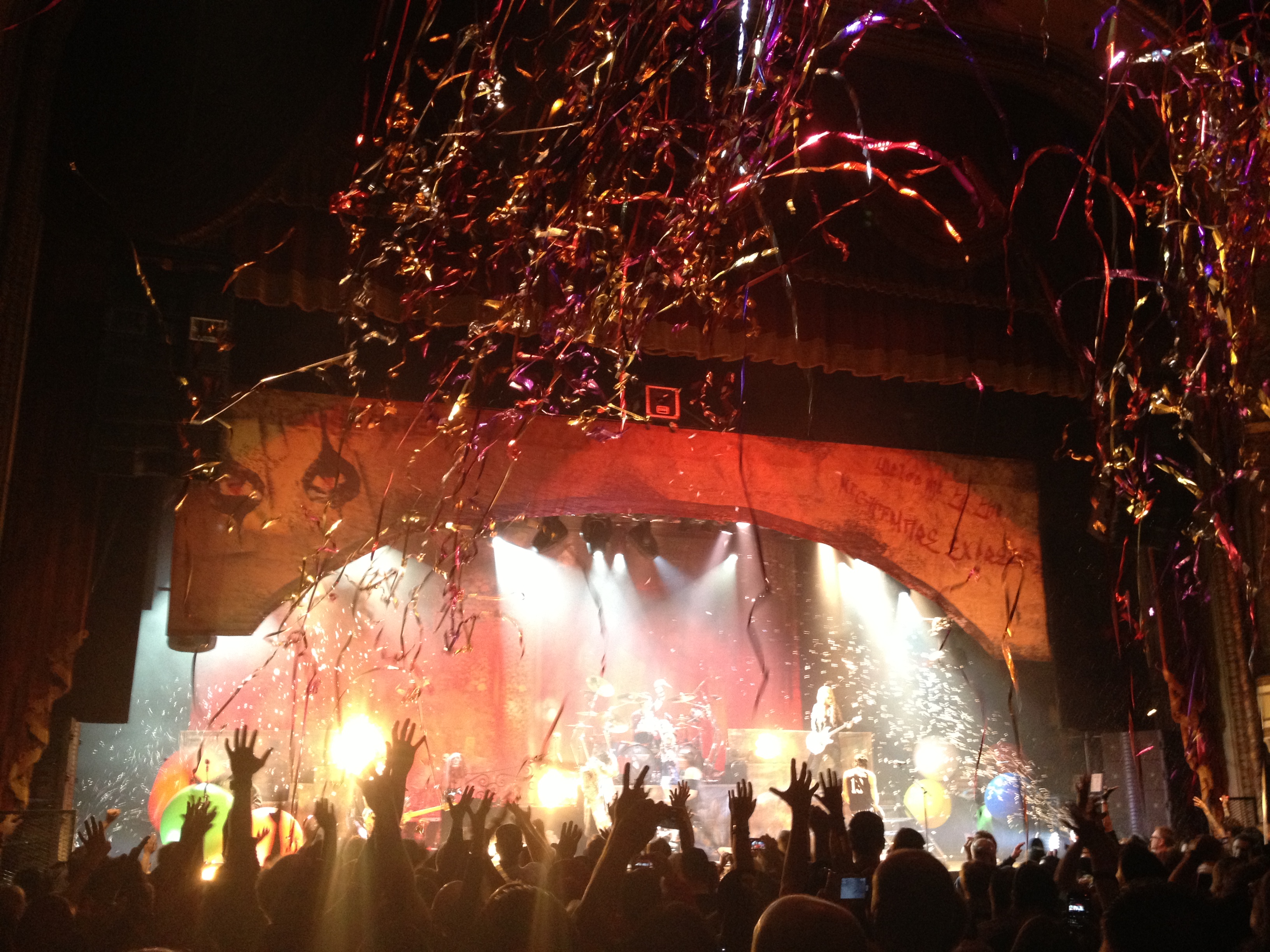 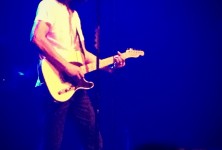 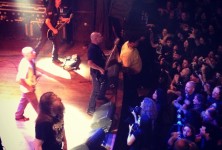