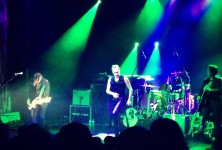 “Running without aim
Through the razor weeds
That only reach my knees
And when I’m lying in the grey sleep
I don’t know how to walk the boards
I open my eyes, and look at the floor
And now I don’t see you anymore”

~”Burning From the Inside”, Bauhaus

I had thought my 2012 was complete, but I was enlightened to what appeared to be a last minute set of two Peter Murphy dates, one of which would be entirely Bauhaus songs.

I saw Murphy last year at the Troubadour, and while it was a good set, I am a fan of his because of Bauhaus. 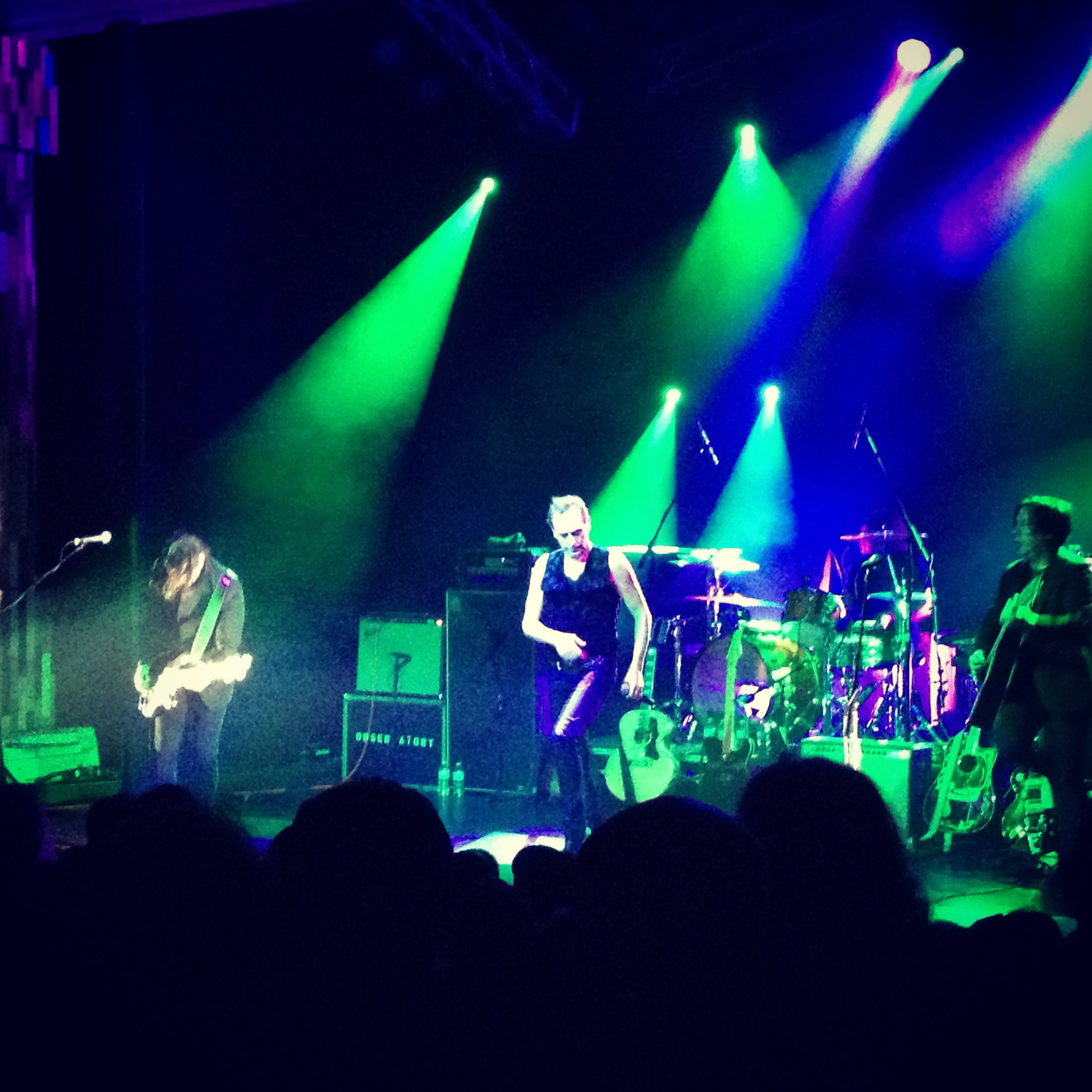 It’s amazing how quickly things change as you get outside LA, and as we neared the Santa Ana venue, we were officially in suburbia. I had been to The Galaxy, as this place used to be called, once before….and found it’s ‘formerly a bowling alley’ layout strange.

We had talked about looking forward to seeing some of goth fashion’s finest offerings, but were surprised to find a crowd of rather normal looking folks slowly accumulating. The website had advertised the show to start at 8pm, but a glance at the stage at that time revealed that it looked nowhere near ready.

So we did a little New Year’s Eve Eve drinking.

8:30. 9:00. 9:30. The DJ looked exasperated and we started making jokes about Axl Murphy. Finally, the sound quieted, the lights dimmed, and one of goth music’s most famous voices took the stage.

The unknown to me “Zikir” filled the room with the chant “Loves me….loves me not” before one of my favorites, “Burning From the Inside” truly started the show. I have a little dance that accompanies that song. “In the Flat Field”‘s smoldering guitar matches the intermittent fog flowing through the air; the venue was really cold (as it should be for a goth show) and the ambiance was perfect.

The acoustic guitar that we had stared at center stage for hours waiting for this to begin was finally in motion for “Silent Hedges”. Murphy’s dramatic voice intoxicates for “The Three Shadows Part II”. The quintessential goth song, “Bela Lugosi’s Dead”, was performed at both of my last shows of 2012, perhaps a symbolic representation of my year.

Because I had consumed three cocktails, waited forever, and was generally in a very good mood, it wasn’t until “Hollow Hills” that I noticed there was something amuck with Murphy’s voice. It cracked and strained, and it became apparent that he was battling an illness. A couple more of tracks from the album that was supposed to reunite them (and luckily did for long enough for me to see them once), and “The Passion of Lovers” into “She’s In Parties” started to wind down the set. My ears perked when, in the midst of “She’s In Parties”, a verse from “Riders on the Storm” was thrown in. 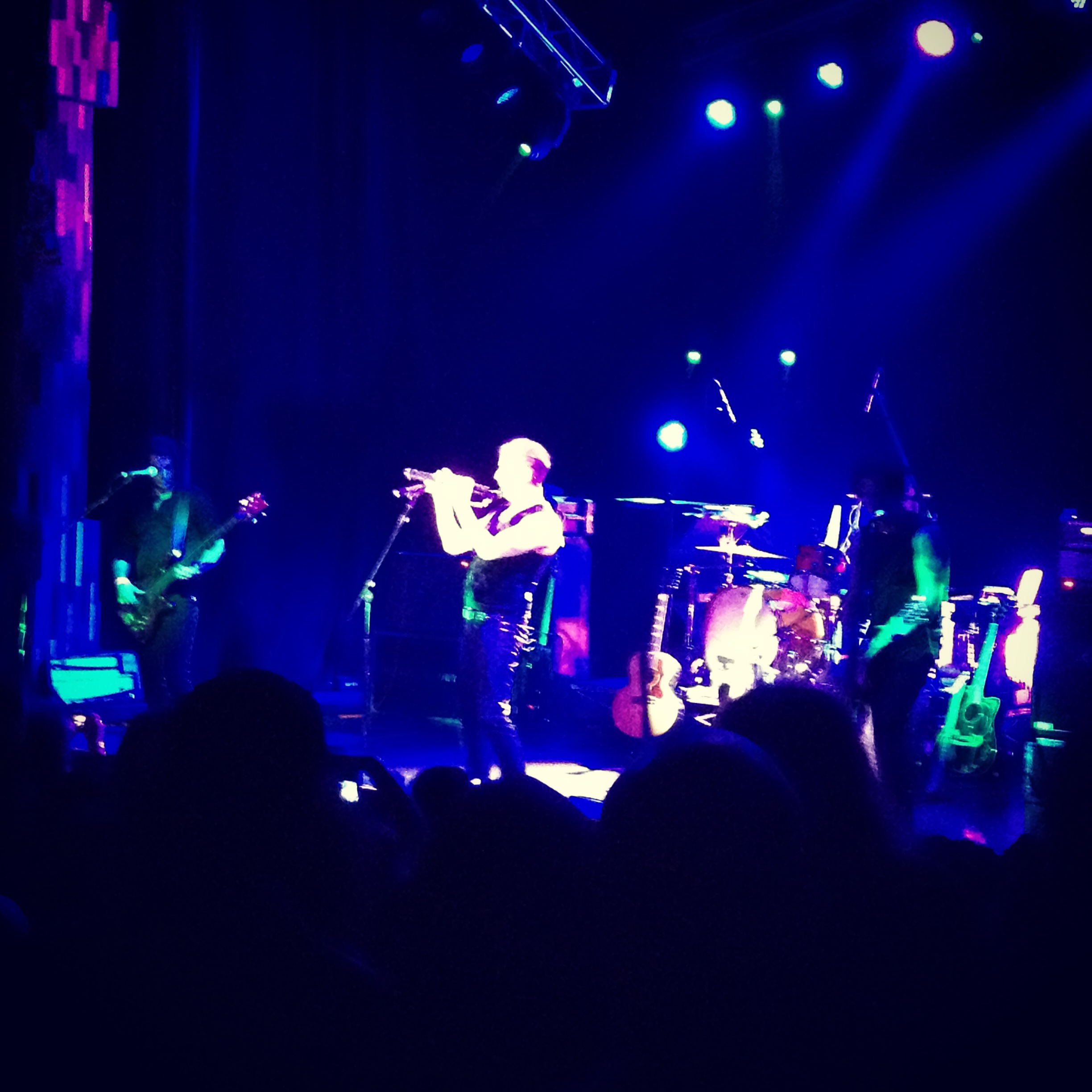 It wasn’t easy to forget that this was not a true Bauhaus set, but the band did their best filling shoes in this first time Murphy has ever done a full set dedicated to Bauhaus on his solo trek. “Stigmata Martyr” is one of Bauhaus’ heavier sounding songs, if you will, and this almost awkwardly bled into the punkiness of “Dark Entries”. I kept holding out for “Double Dare”, the first song they played when I saw them open for NIN in 2006. In a sea of concert memories that swim in my 100-shows-a-year head, I have a very vivid recollection of hearing those first notes echo around Shoreline Amphitheater, and walking from the top to my seventh row seat and into the depths of that song. Alas, they did not play it.

The encore would start with the very dated sounding “Kick In the Eye”, and go on to close out with three covers: T-Rex’s “Telegram Sam”, “Ziggy Stardust”, and Dead Can Dance’s “Severance”. And that would be the last live song I heard of the year.

It felt right to have this special one-off show be my final show of the year. Driving back to LA on a chilly night in the final hours of the year, I fully realized that yet another chapter was closing. Or, perhaps one was just beginning…

“There is no choice, we make the point
To counteract a threatening hand
Close my hold
As we near the atmosphere” 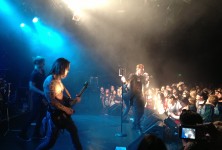 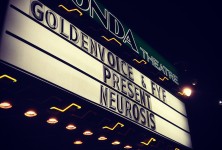