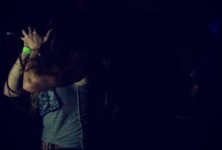 Every time I enter Los Globos I feel like I should be doing blow and giving lapdances in one of the dark corners…but that might just be me.

The venue had three simultaneous shows going on inside, and after clearly stumbling into the wrong ones first, we found the right space. I will admit that in the hours leading up to seeing Landmine Marathon, I was as equally excited as somewhat melancholy. From the first time I saw them play a dive bar in San Francisco in 2009, to the last time I saw them play to the masses at Orion Fest last summer, they are one of the bands I strongly associate with my time entrenched in this scene over the last 6 years. 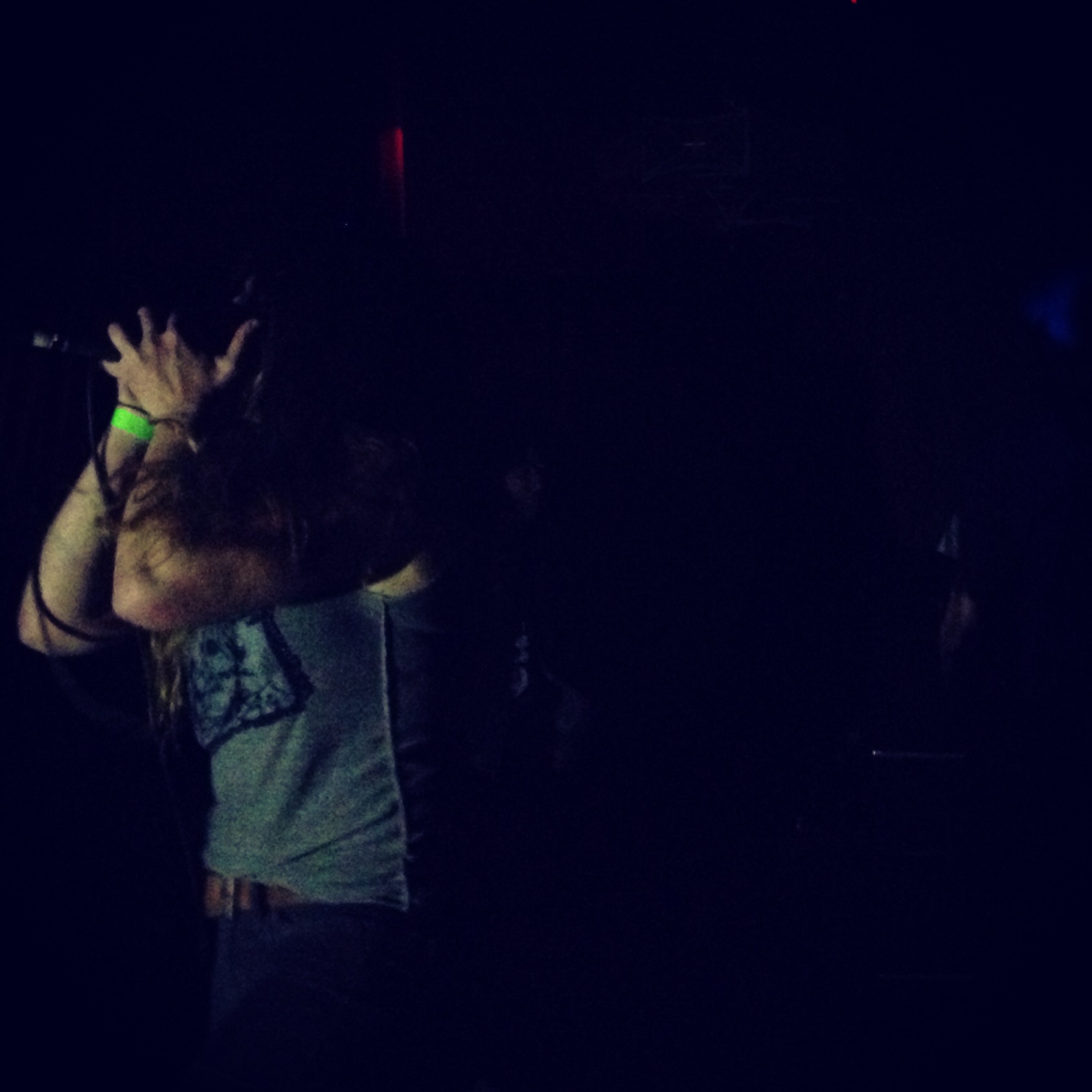 Tonight would be my introduction to the new Landmine Marathon, now fronted by Krysta Martinez. To survive as a band when having to replace what had become an iconic vocalist is a tough challenge for all involved. For the guys in the band, it shows their dedication to this music that they stuck together while many would fall apart. It also quickly proved that while there was so much focus on the vocalist for this band, it is really about what was behind that front line that gives LM it’s weight. For Martinez, she has big boots to fill. Under this spotlight, comparisons will always be made, and the intricacies of the vocalist can alter the band’s DNA astronomically. After seeing her perform, it was obviously a well thought-out decision. And for the fans, it is a test of commitment. What is it about this band that you really love? Every time one of these bands that I associate with my time writing this site has a lineup change, it serves as a reminder of life’s impermanence.

The stage at Los Globos could only hold Raul Varela’s drum kit; just in front of the lip of the stage would stand axe wielders Ryan Butler, Matt Martinez, and Dylan Thomas. And in the middle of the floor would be Krysta Martinez. It was almost metaphorical.

When it comes to vocals like this, to describe how one person sounds different than another would be splitting very tangled hairs. Is it surprising to an unsuspecting ear that there is a female behind the screams still? Yes. Krysta’s vocals even seem to have an extra weight of heaviness and bite to them. Did I walk away from the show with a lot of “can you believe she did _____?” things like previous LM shows? No. Krysta is more of the silent killer type. At least for now. And with that dynamic at play, the focus became the music, as perhaps it should be.

As metal Monday wrapped up, I left Los Globos realizing that even though the cast of characters changes, the song remains the same. 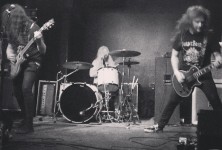 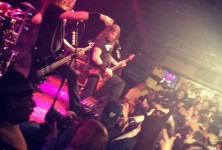