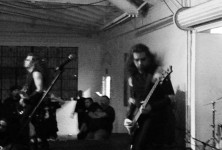 Never did I think that it would become routine for me to drive deep into East LA and look for a giant face on the side of a building in an area where everything looks like a front for illegal activities to attend so many of my metal shows. If my mother were still alive she would be worried. But, the place is kind of growing on me.

Ritual are onstage as I walk in and survey the crowd. Forunately the sub-par sound at The Vex fits with black metal; unfortunately the vibe of the place did not. I immediately felt conflicted…which would be my ongoing theme of the night. As my ears adjusted to the screech and speed that are ingredients of this genre, I thought about this weird subculture. Most people here are so specifically dressed, so specifically demeanored…within the context of the warehouse it was almost caricature-like.

And then I spotted the duo dressed as King Diamond and Euronymous.

This will be my missed photo opportunity of the year.

I have tried listening to Absu off and on over the years. For some reason it’s never stuck for me; and this brings up two points:

1) Most of it is too fast for me. Apparently I prefer slower, more melodic sounds within this subgenre.
2) I am racist against my own kind! Every time I listen, and I think about them being from Texas…and Dallas at that…I just…it’s ABSUrd.

However, a lot of the time my impression of a band has completely changed upon seeing them live, which brings us back to the warehouse in East LA.

First, incense filed the room, which surprised me, but helped set the mood. The crowd filled in as the band began, dressed in light black metal aesthetic flair. The superfans around me buzzed about them. I realized that the light in the Vex never really changes, so since it wasn’t very dark in there I could tell that hindered my immersion in the set immediately. As I tried to attach myself to the sound, I discovered that I was really affected by the fact that the vocals come from the drummer and founding member, Proscriptor McGovern. From deep in the crowd it felt like the vocalist was missing. Honestly, I don’t know how he can play like that and pull off those vocals. It’s insane!

And then he goes, “We’re Absu, from Dallas, Texas.” 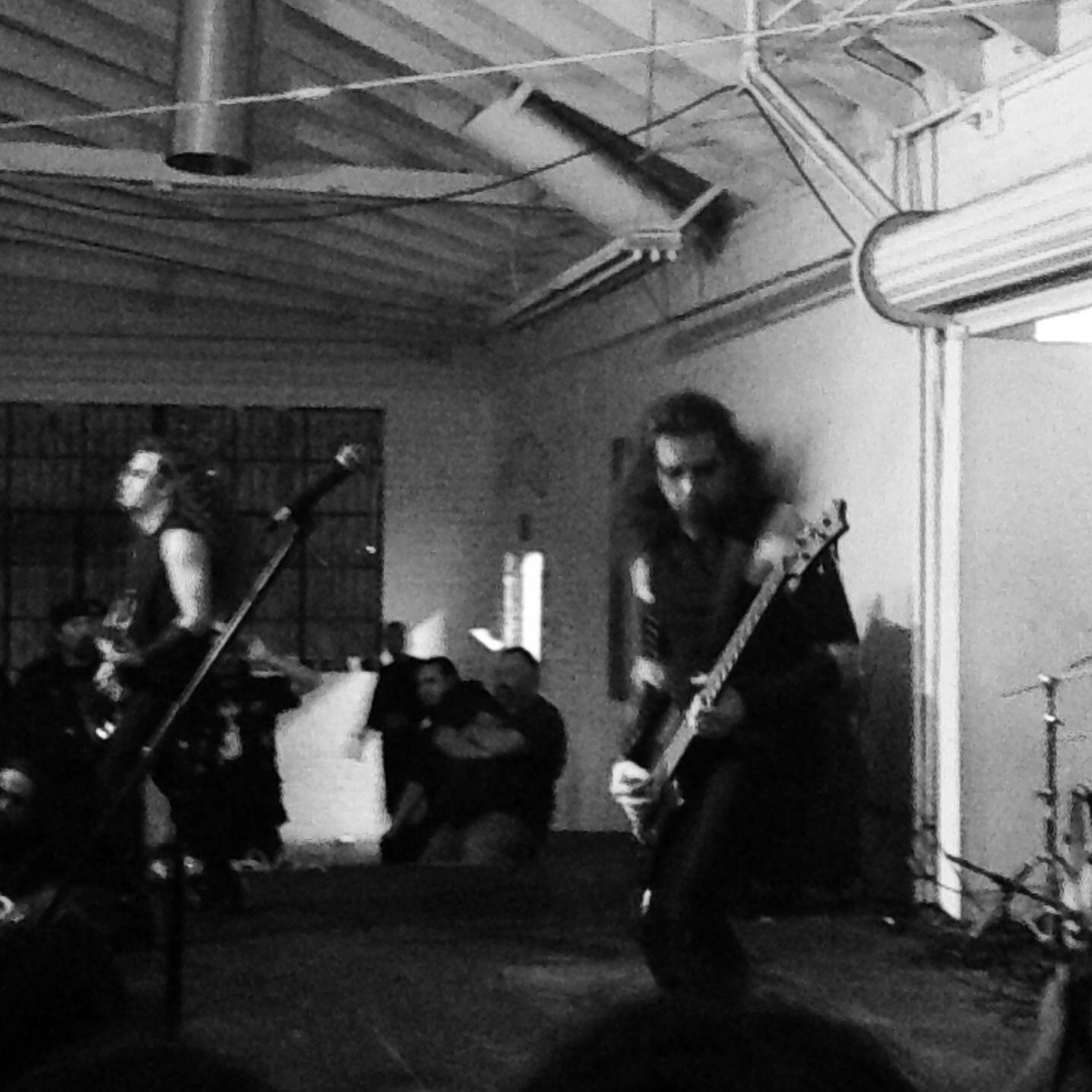 Ahhhhh….plucked from the fold again as I envisioned a gauntleted forearm and a cowboy hat from my homeland, rather than the damp, cold, dark forests of Bergen that I once traveled to. And then I caught myself being ridiculous and began to enjoy the rest of the set.

Their lyrics of mythology and lore are sliced and diced by the almost mechanical playing of this band. It’s fast and cold; the trio of musicians are stoic in their delivery in almost stark contrast. Many members of the audience seem possessed as they swirl around the room in a pit that seemed different than those at other shows borne of pure aggression.

With each snarled song announcement, a whirr of excitement from the crowd. Listening to this type of music is such a solitary experience; each song was taken and digested by the individual. We were all in there alone, together. 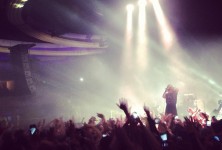 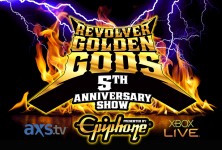