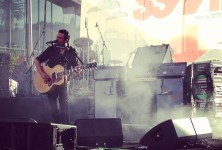 After near email, outdoor advertising, and social media harassment from multiple angles advertising this festival, I decided to go. It was within walking distance, and I didn’t really have anything else to do that day.

I’m not into the whole festival thing, but the Sunset Strip Music Festival is pretty easily digestible. And 2 years ago, I had a great time. 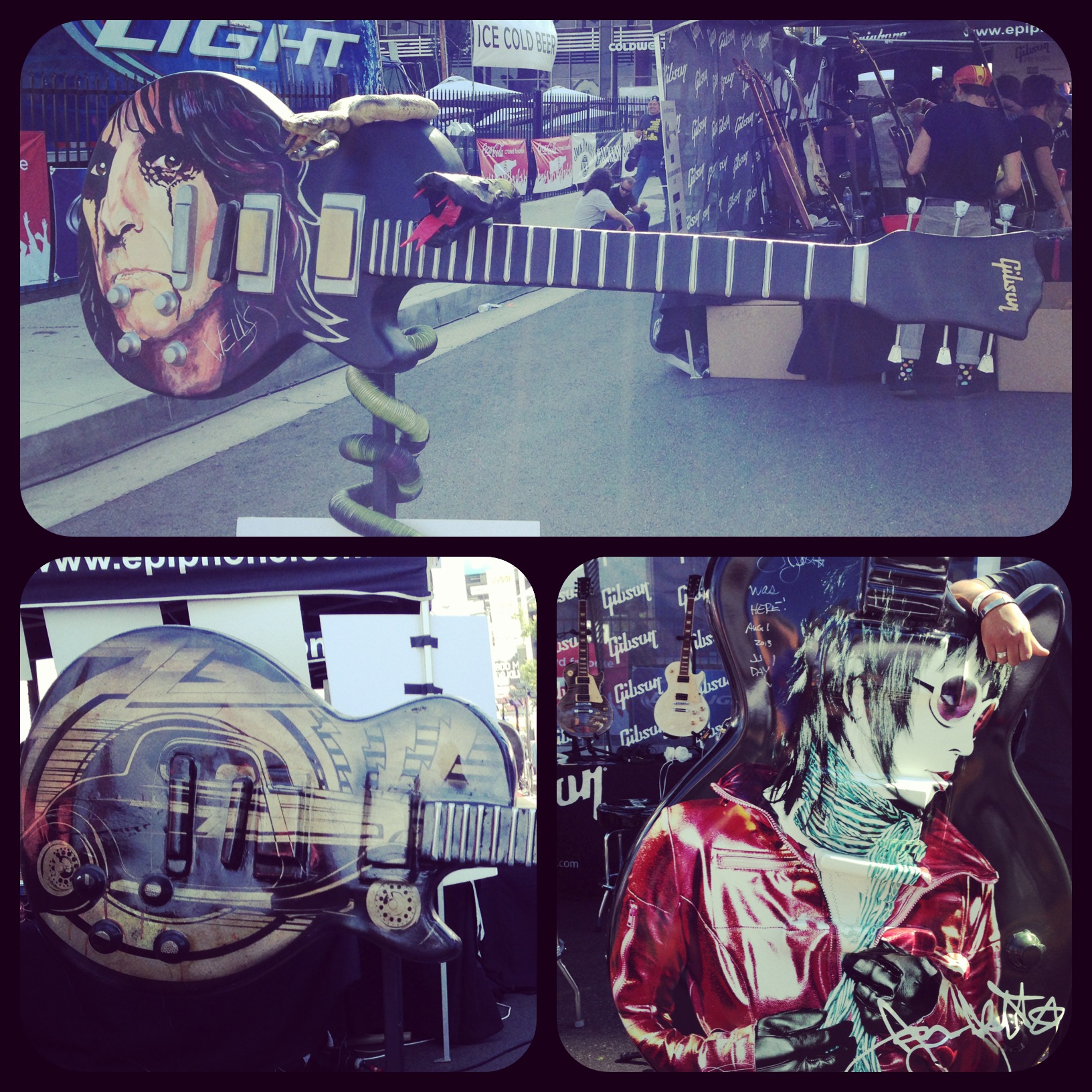 It was a warmish day as I entered the festival, and I started the experience by perusing the different booths. Beyond spotting a place to get a Kat Von D makeover, which I declined, I saw some very cool art guitars and got a free Jack Daniels bandanna- my drink of choice. 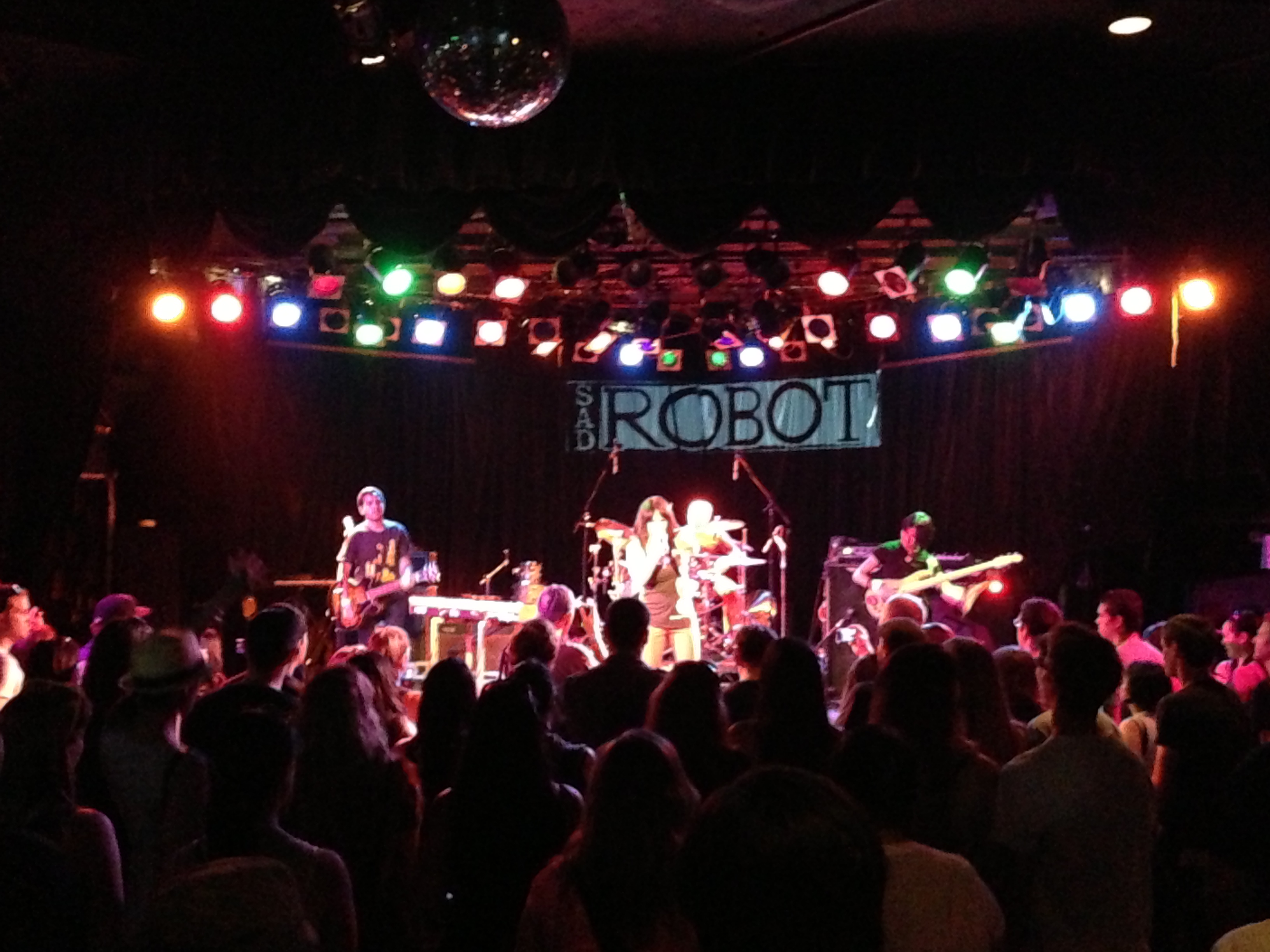 I stepped into The Roxy and caught local act Sad Robot doing a smoking rendition of “Summertime”. The vocalist’s strong, bluesy voice made this the perfect song to kick off the afternoon.

Then it became a challenge to find a place to buy a bottle of water…frozen lemonade and cokes were aplenty, but water seemed to be hiding: complaint number one of the day. 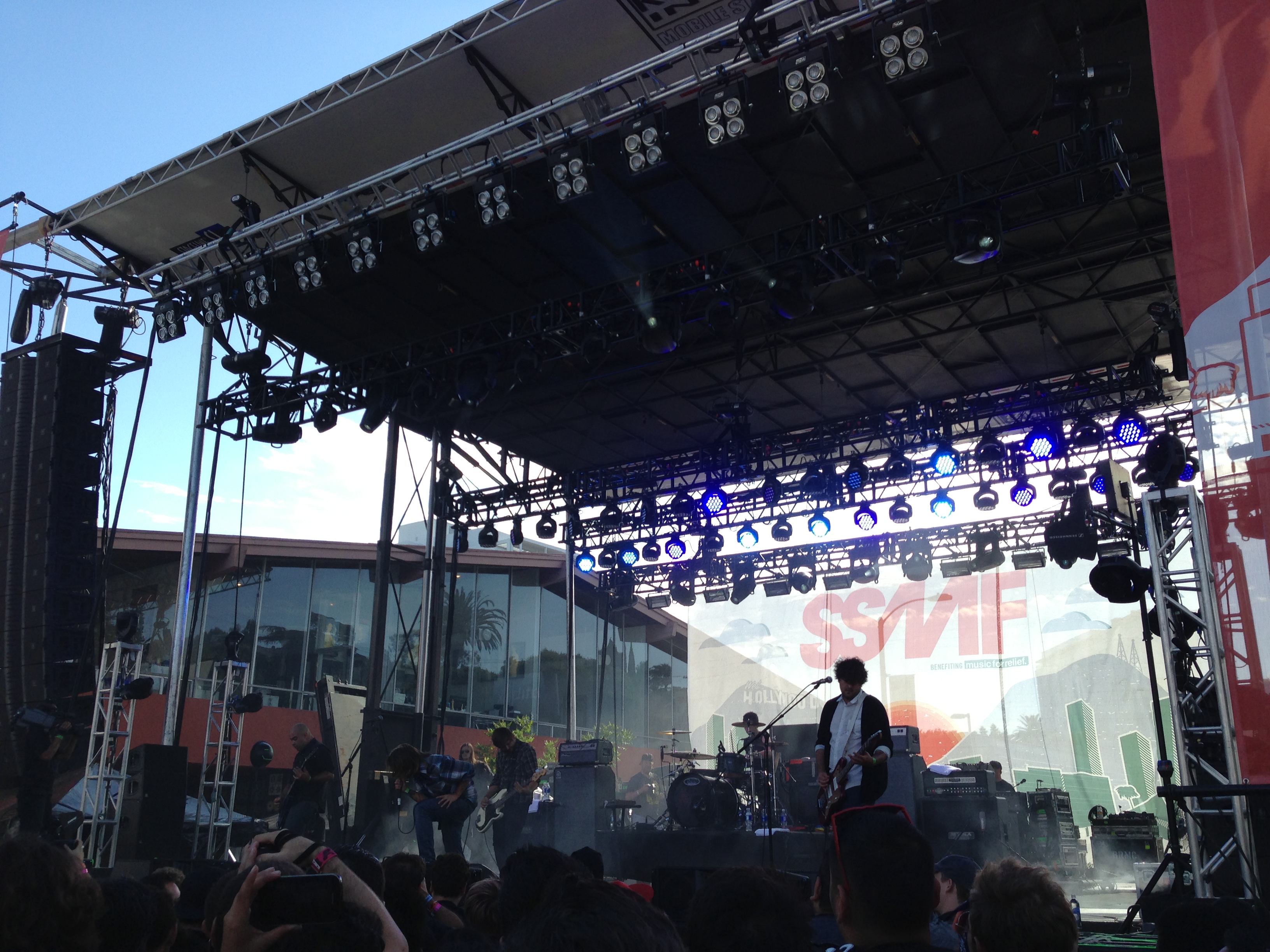 I had never heard of Finch before. Their hardcore hard rock sound could best be described as a Warped Tour type of band, but it was cute to watch all the girls around me sing and smile along. I was now at the main outdoor stage, where I had just learned that half of the space was sectioned off for Linkin Park fans. I found this…odd. I would also overhear a lot of opener fan vs. LP fan quarreling…which left me promptly between “I’m too old for this” and “this is why I hate festivals” for about the third time already that day.

Luckily the one band that convinced me to come to the festival was about to play. I was curious to see how Black Rebel Motorcycle Club would go over with a sea of Linkin Park fans…luckily they are more of the bored, staring kind than the heckling kind. I’ve seen BRMC play all sorts of weird things, and this would be up there. Not to mention they kept getting introduced by the radio emcees as B-M-R-C and the introduction of the Mayor of West Hollywood and staff was almost un rock-n-roll- except they almost looked like they could have been in a band. 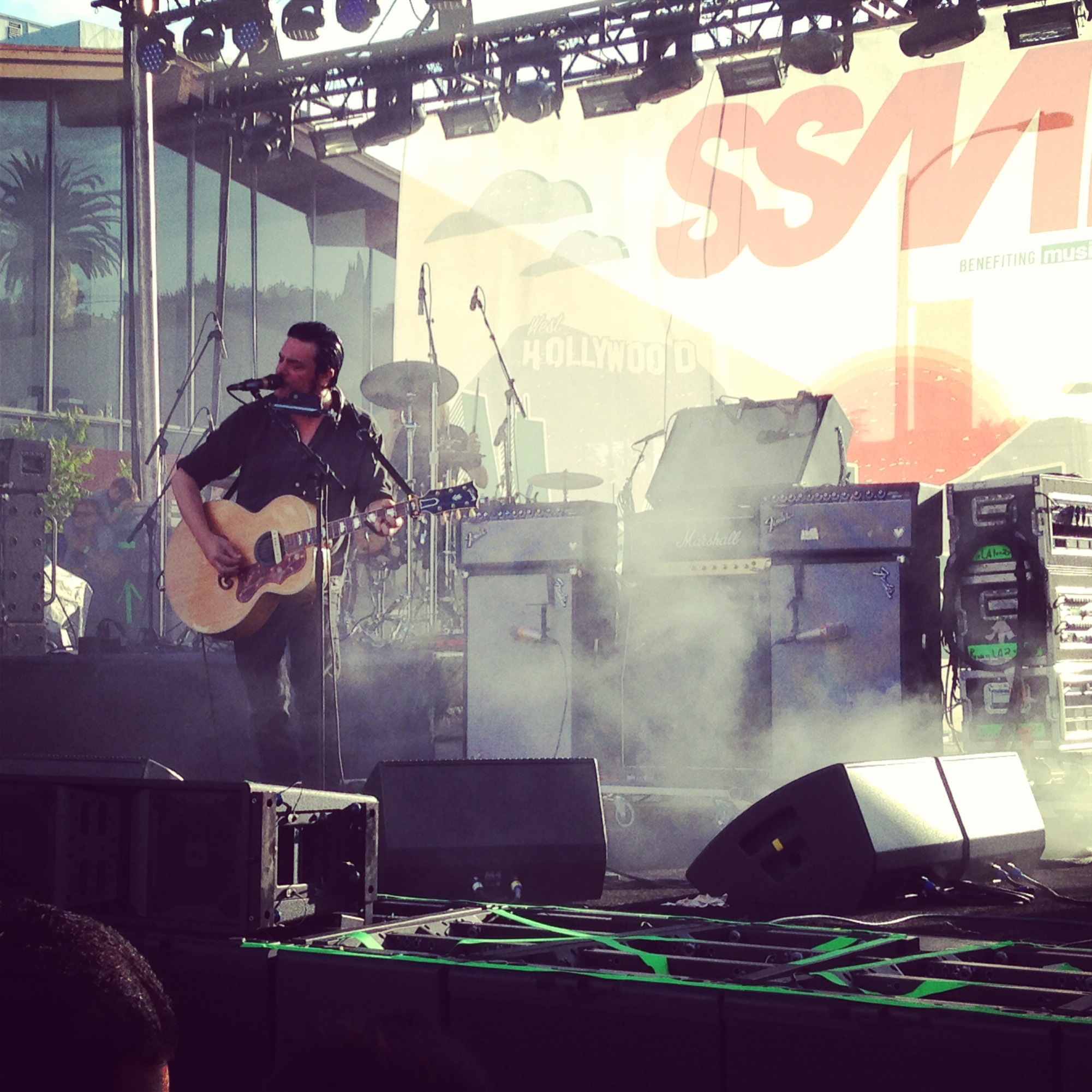 BRMC played a great set, smiling and laughing in the sunlight, in stark contrast to the last show of theirs I saw. “We’re not used to all of these smiling faces!” Rob Been would say at one point. It’s odd how the bright setting and the big stage just makes songs feel different. This was more of the “I’m flying down the road listening to BRMC” than the “I’m sitting in my room pondering love and loneliness and listening to BRMC” that is more often the case for me. The reverberating guitar gently wafted over the audience rather than pummeling my solar plexus inside a small club. One thing that was the same was the squealing girls. An LP fan during the set: “Man…I don’t see how he can be wearing a leather jacket right now!”…his friend: “That’s the price of being cool.” 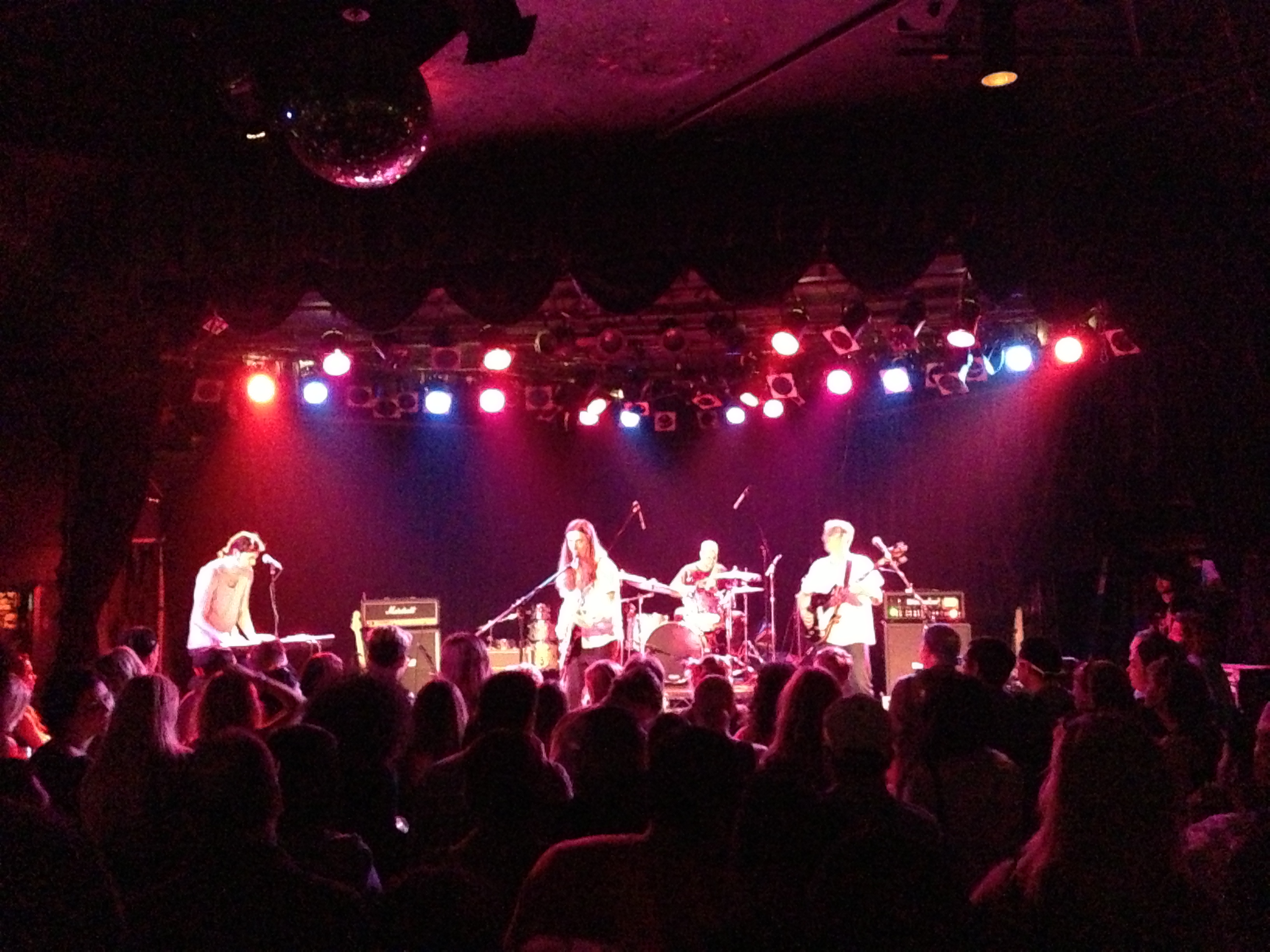 Next up, I went to check out locals The Diamond Light at The Roxy. Warren G. had just finished a set, and as I walked in, a wave of pot smoke hit me as I passed a very different crowd exiting. I could almost hear “Regulate” still echoing in the room. I have recently become familiar with keyboardist Trevor Menear’s work and had heard great things about The Diamond Light. Their bluesy, slightly psycedelic rock-n-roll sound was a pleasant continuation of BRMC. I really dug vocalist Griffin’s voice and vibe. I caught a good chunk of their set but was left wanting to see them on a more normal night. 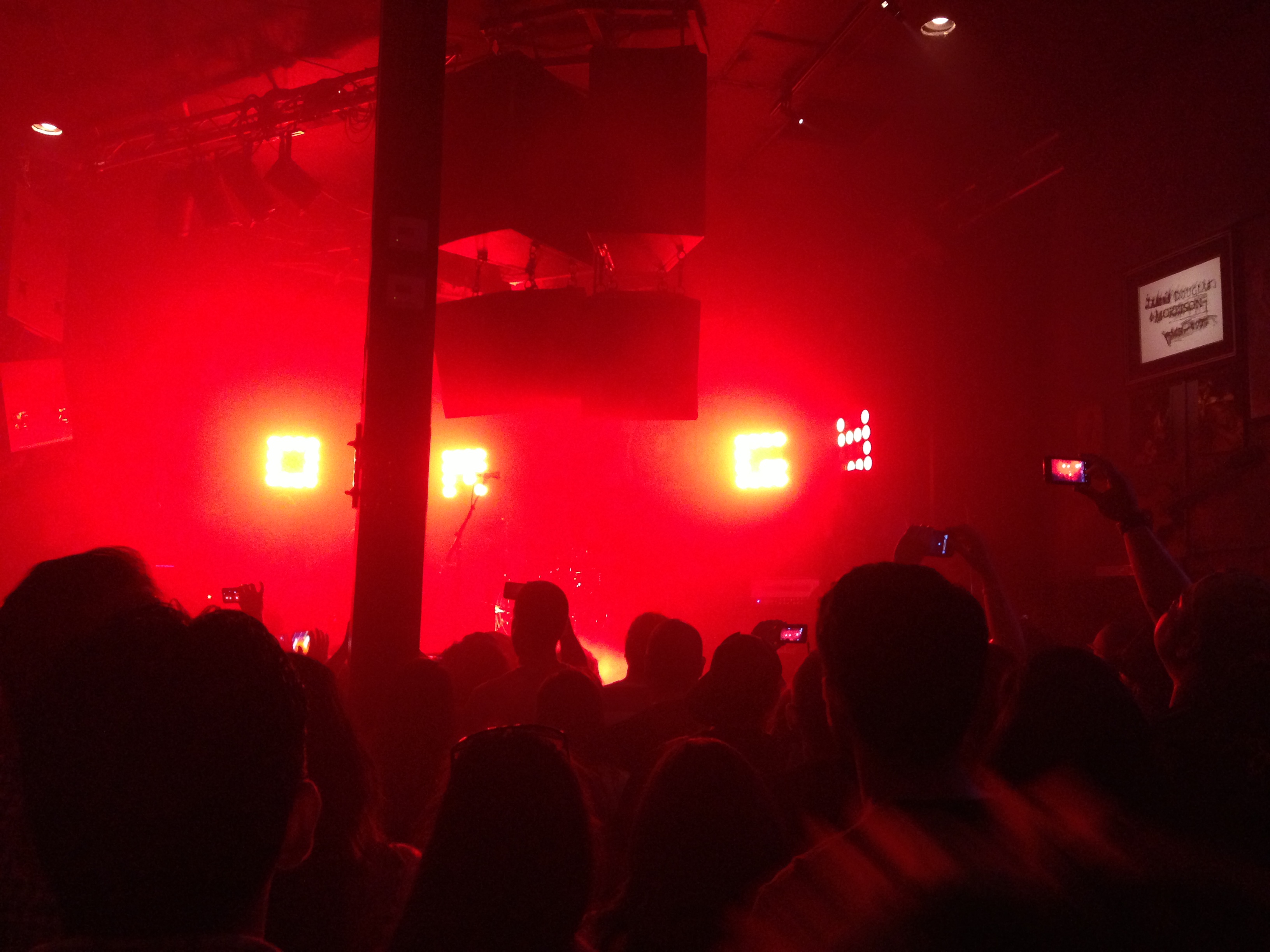 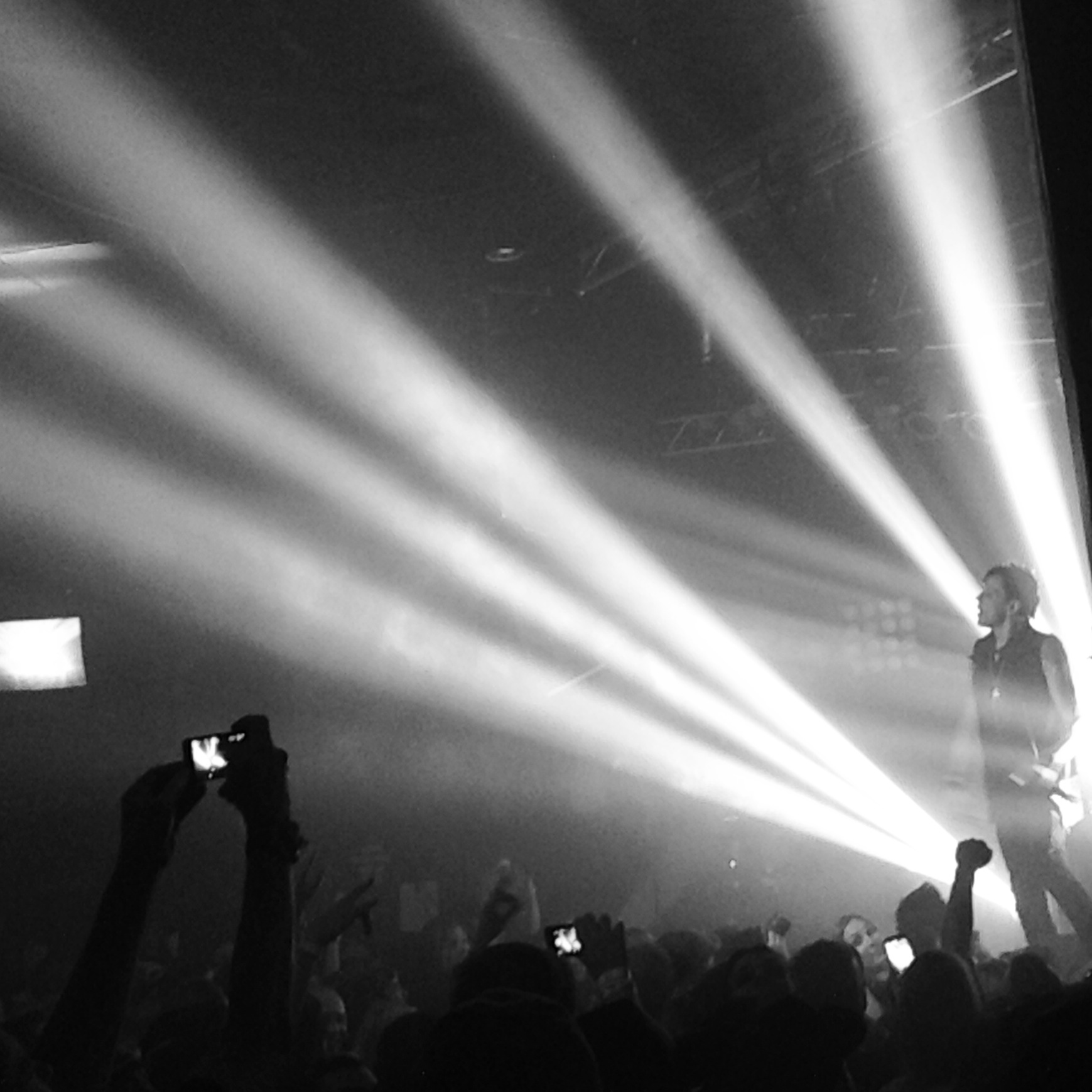 At one point, Gordon mentioned that the former members of his band were playing down the street, in Julien-K. Which reminded me, as we walked out to catch a song of Linkin Park before bailing: Scott Weiland was playing a show at the Viper Room. I had a brief moment where I visualized certain singers and guitarists from the ’90s in a Celebrity Deathmatch situation.

While I will admit to enjoying a Linkin Park song or two “back in the day”, I was done by that point. As we left the festival, I was reminded of descriptions that people who experienced The Strip in its heyday have told me- of these very streets filled with a raucous, flashily-dressed crowd of people. Unfortunately, if that is part of what SSMF has set out to recreate…this year’s felt more like Rock of Ages. If you haven’t seen that movie yet, don’t waste your time. It will rape your soul. 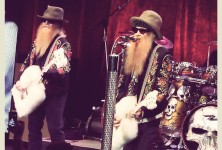 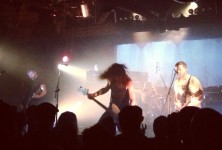