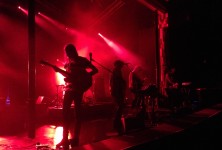 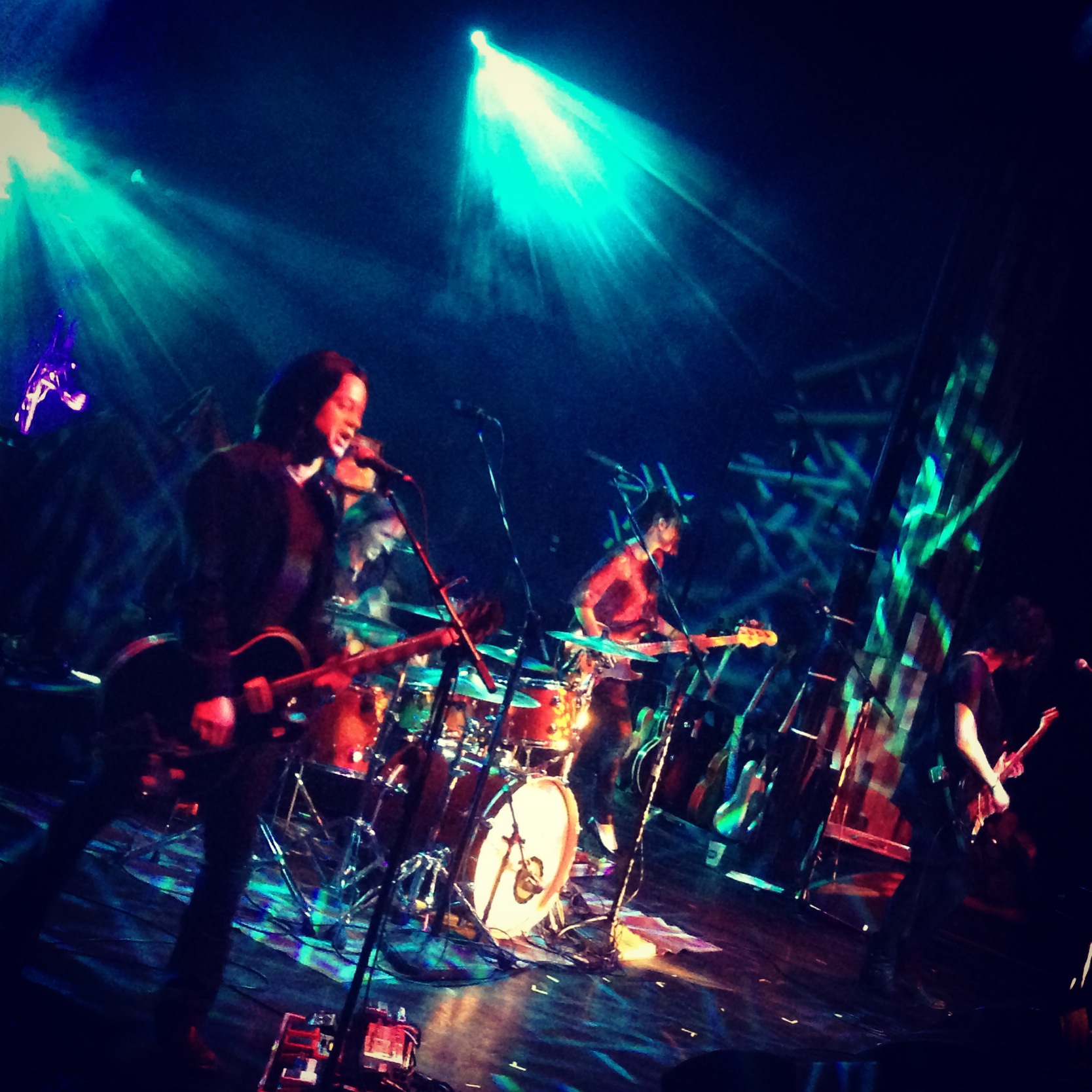 That would be what happened in the course of tonight’s outing with The Black Angels and The Black Ryder, two bands that I’ve seen enough times to generally know what I’m getting; which taught me an important lesson: you never really do know, do you?

Let’s not talk about how traffic sucked, how I was hungover, how it takes waaaayyy too fuckin’ long to get into this venue. Let’s instead focus on how you are transposed and transfixed upon entering the psychedelic rock womb.

People go to shows for many reasons. It depends on the music, your companions or lack thereof, your mood, your motivation. I would venture to say that today, with the cost of shows and the suckage of the economy, that shows are generally filled with fans. Once upon a time, venues were known for certain genres, and people could just go there blind, and pay little. But that is not how it is today. But at a comparatively cheap ticket at $20 that night, my friends and I who were there because we are fans who wanna feel, who wanna groove, were met with people who just wanted to go to a show- any show- and get it all out.

The Black Ryder’s take on psychedelia is of the more ethereal variety. It always takes my brain and my ears a song or two to adjust to psych rock; it infiltrates my nervous system in a sneaky, yet powerful way that can be dizzying. The dual fronting of the band by Aimee Nash and Scott Von Ryper provides an of aural balance between the voices of the she and the he. Their sound is the soft and lulling form of reverb waves, like shallow, sun-warmed ocean water lapping at your toes on the hot beach sand. An oil bubble overlay lit the white spaces of the stage. Their set was meandering, drawn out sounds in the mellow middle, bookended by their more tightly woven tracks at the beginning and end. 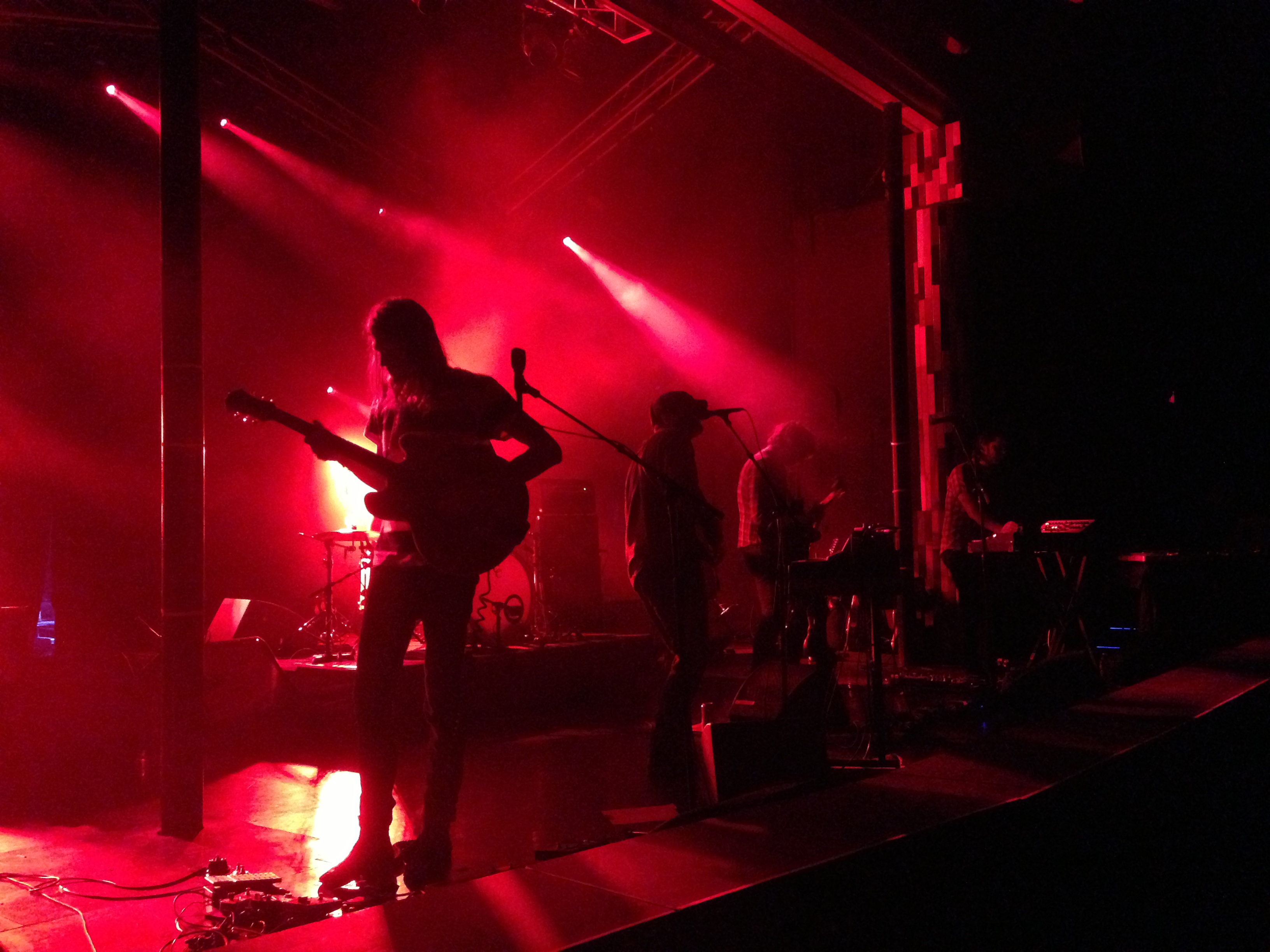 Indigo Meadow is one of presumably many things that have pushed The Black Angels to the forefront of the psych rock genre. While the set I saw of theirs earlier this year was more showy, this one would be a red and green drenched form of darkness. The entire tone of the set was more dangerous; the sharp edge of the genre was showing, with the pretty, blunt one tucked away this round. They began with two older tracks- “Mission District” and “The Prodigal Sun”, cementing the fact that this tour wasn’t about the cookie-cutter album push, but rather, a tour through the blacklit room that the Angels have built over what’s nearing on the last decade.

Once they spun out “Yellow Elevator”, I began to notice that the crowd…came alive. Awoken from the syrupy slur of the first couple songs, people began to move and push. Between the wanton stares and the good vibrations of the pretty ladies, the quizzical gaze of the guitar geeks, there were the aggressive thrashing of the kids who were in the early thralls of being possessed by the music. And then a switch flicked for “Don’t Play With Guns”.

I told my friend earlier, “I’m certain there won’t be a pit for The Black Angels, I mean, COME ON.” when we were discussing where to stand. I sat there quickly eating my words as not only a bonafide pit broke out, but girls were climbing onto guys’ shoulders, in one of the oldest and most extinct rock & roll moves to exist. My jaw hit the floor. I’ve been seeing The Angels since almost the beginning, and I’d never seen a reaction like this! I was caught between ‘this is annoying’ and ‘this is awesome’. 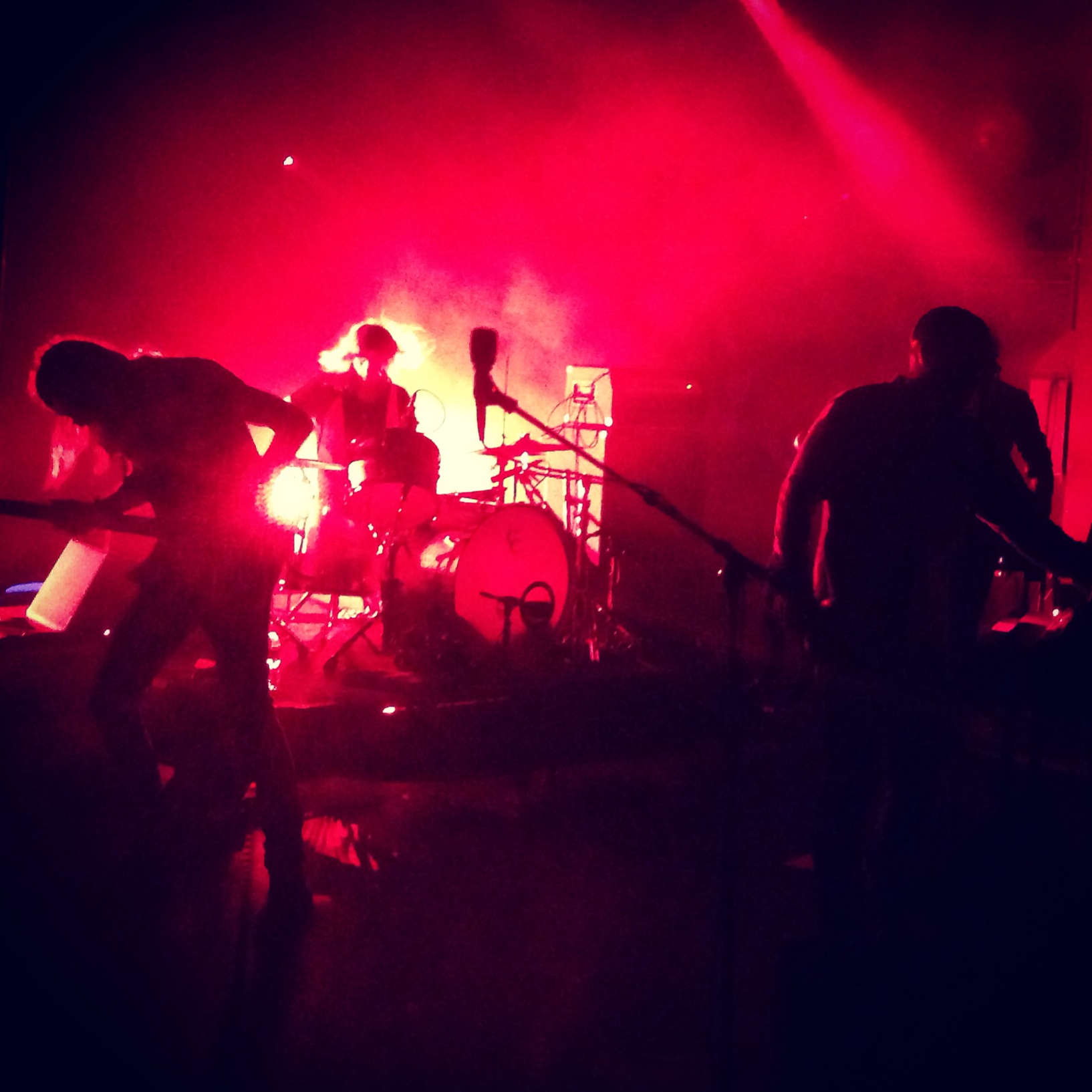 From then on, each song further whipped the crowd into a frenzy; it felt like the vast majority of the audience were on drugs, out of their minds, floating in the psych womb all warm and fuzzy. Each riff reeled them in and cast them further out. It seemed that the bands were on a similar level. A glance around revealed few phones in the air, and no security. It was as if….we had entered a time warp. What year is it?

And then came the guy that my friends nicknamed “Nickelback” who jumped on stage to dive. A tech had to operate as security to take care of this. This guy would end up getting on stage numerous times, until finally security showed up, to shove him off. Security are the root of so many problems at shows.

This sideshow would either compliment or serve in stark contrast to the actual show, depending on what song they were on. But it definitely made things interesting. “The First Vietnamese War” was the first Angels song I learned, and hearing it again amongst this raucous crowd made me realize how far they’ve come. People were yelling the band members’ names, they were getting marriage proposals, ‘I love you”s…the whole nine yards.

By the time we got to the encore, the crowd was on a one way train to a far out trip. Finishing up with “Evil Things”, it felt like one of those shows you read about, where the band plays until the wee hours of the morning because the crowd wouldn’t let them leave. They rode the vibe until the end. But as soon as the final notes vibrated through the room, the time machine turned off, and we were back in today’s world full of rules and limitations. 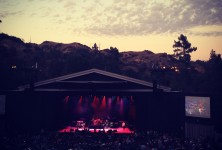 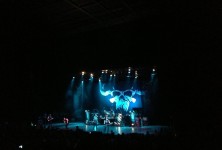