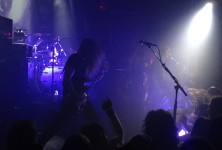 I was holding tickets to see Depeche Mode the same night as the Carcass show was announced for; but since a) Carcass is a bucket list band I had never seen, fitting into my year plan for checking off as many bands I’d never seen as possible and b) I’m pretty sure my metal card is in danger of being revoked lately; I ditched the DM tix and found myself walking into the Troubadour. 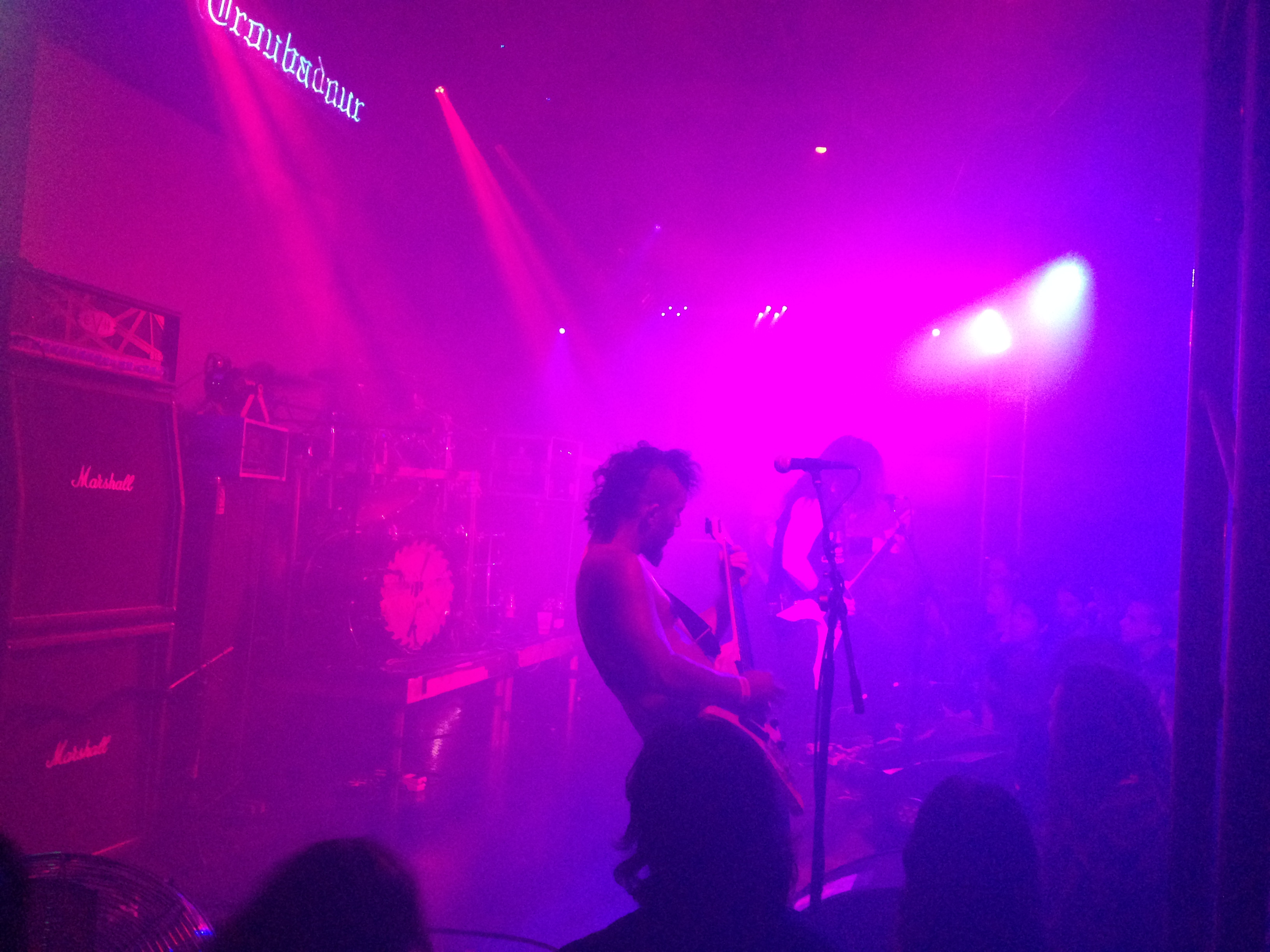 The band had swiftly sold out this first night and added another. It would be one of the most highly anticipated shows of the year; and as I walked in and started seeing lots of familiar faces I hadn’t seen in a while, I could cut the anticipation in the room with a scalpel. And there’s nothing like a bunch of anxious, excited metalheads.

Positioning myself near the back door exit and out of harm’s way, Exhumed took the stage under the blue glow of the neon Troubadour sign and after some Thin Lizzy played over the speakers. I’ve seen Exhumed countless times over the years, but tonight their gore metal fit the show like two perfectly interlocking jigsaw puzzle pieces. Their set was a multi-sensory experience in my position; not only was I somehow standing under essentially a fog waterfall, but the trademark chainsaw portion of the set started right behind me. There’s nothing like the thrill of a Texas girl’s skin prickling as a chainsaw revs up a few feet behind her and her lungs fill with gas fumes.

I find the recent chapter in Carcass’ career interesting. After creating one of the most important death metal albums, Heartwork, in the early ’90s, the band struggled to follow it up and broke up. Then, a decade and a half later, they reform and make a new record after shunning the idea for a while, and as soon as it reaches the jaded metal crowds’ ears, all of us misanthropic motherfuckers are surprised that it’s actually really quite amazing. 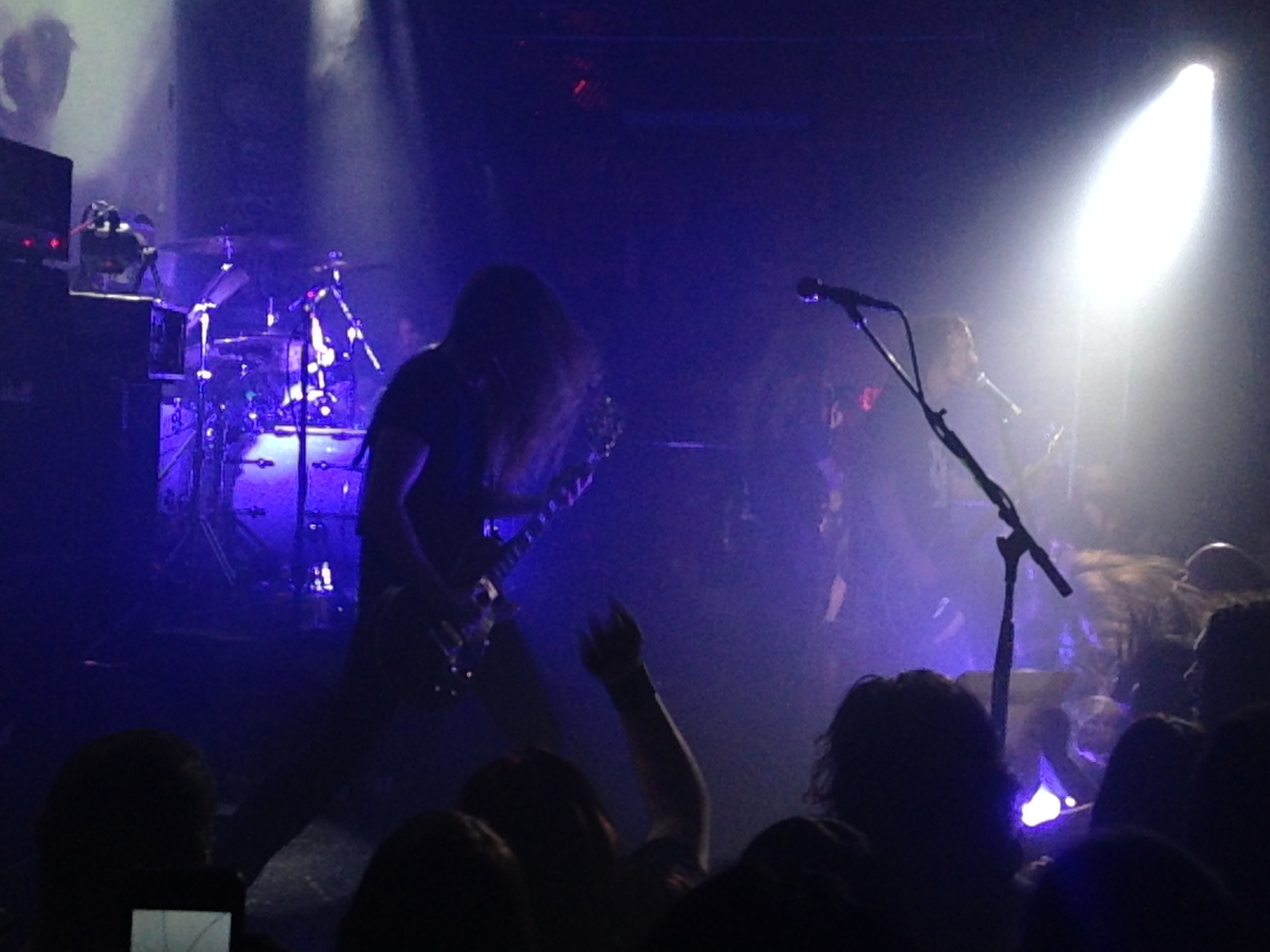 We were “treated” to listening to St. Anger before the lights dimmed, and when Carcass took the stage, the crowd went into a bit of a trance. I love when you can tell a band is so important to everyone in the room that they just kind of freeze when they hit the stage, and it’s especially cool when what’s happening on stage is composed of speedy riffs and guttural growls. But the hypnotism wore off, and soon the set was peppered with stage divers, fist raisers, headbangers, and general grooving to the grind.

I loved that the set began with the first track from the new album Surgical Steel, followed by the first from Heartwork, in a sort of statement of resurrection and beginnings. I was standing near Bill Steer’s surgical shredding. Early in the set, “No Love Lost” had the crowd screaming along. Luckily part of the stacks and drum kit blocked me from seeing exactly what was being shown on the backdrop screen; but it looked pretty gory.

Over the course of the set, the slight evolution of their sound across albums was tightened up as they bounced around their catalog. A highlight would obviously be “Corporal Jigsore Quandary”. Hearing these songs live made me forget how disenchanted I became with metal this year; I may always be the most unextreme of the extreme metal lovers, but this is the music that made me feel something when I could otherwise not.

The show’s ending felt impermanent, as I’m sure many people in that room will be back there for tonight’s second show. As the place cleared out and I said goodbye to my metal comrades, I took a look at that stage and got pissed off all over again that I couldn’t get in to the NIN show here a few weeks ago.

“Without emotion, your heartstrings played
Strummed and severed to the tune of a tragic serenade 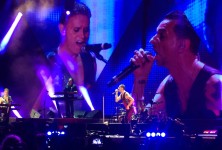 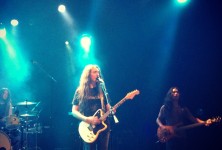