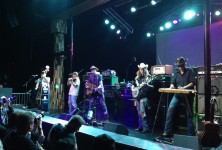 “3 shades of black
We all like metal and Whiskey!
Livin’ Hard and chasin’ down Hell.
We’ll never give up on what we have because the darkness gives us our thrills.”

I shimmied my jeans on and tugged on my boots. As I got in my car to drive south, it felt like I was going home.

I haven’t been back to Texas in over a year…perhaps the longest I’ve ever stayed away from it. As I prepare to go home for the first time next month, paying a visit to see Hank Williams III was about the best thing possible for me. Born into country, but loving rock and metal; I identify with Hank 3 perhaps more than any other artist out there. Inside the Observatory, I was surrounded by a special mix of cowboys, rockabillys, punks, metalheads, and a few folks somewhere in between. The stage was stuffed with Orange and Green amps…including the Orange “Slave Unit” heehee. The drummer would remain unseen behind this speaker wall from my perspective for the entire show.

At about 8:30, the band casually walked onstage and launched into the Hank Williams III outlaw country set. For about two hours, we were treated to the slide guitar, banjo, and upright bass surrounding H3’s “Fuck” acoustic guitar. I forgot how much he talks about Texas in his lyrics; every time he said the word it set off a little bell in my head. It became a sing and dance-along, as Shelton’s twangy voice infected us. About 30 minutes in, the pit erupted, and I watched men try to keep cowboy hats on their heads as they swirled and bumped around. I’m always astounded by the crowds at OC shows- and this venue in particular…it’s always extra drunk and drugged…but this was hands down my favorite to watch. Next level craziness, which felt appropriate, like an over-the-top Western bar brawl. People were throwing and spitting (yep) beer all over the place, and I got hosed. There were several stage dives and failed crowd surfs. It was pretty wild. At the end of the two country hours, everyone left the stage except Shelton, who simply changed his hat and shirt to put him into his punk alter ego for the A Fiendish Threat portion of the show, with him on the Fuck acoustic and the upright bass by his side. It’s pretty incredible to watch the transformation take place in a matter of minutes; it’s like watching a one man play, where one person is acting all the parts, and you have to embrace that suspension of disbelief. I love it. You know what I love most? Watching the crowd slowly disintegrate, as the country fans become kerfuffled and leave. Last year was the first time I experienced the whole multi-set show, and I embraced the feeling again that I was watching a series of sets that kind of mimicked the story of my life. 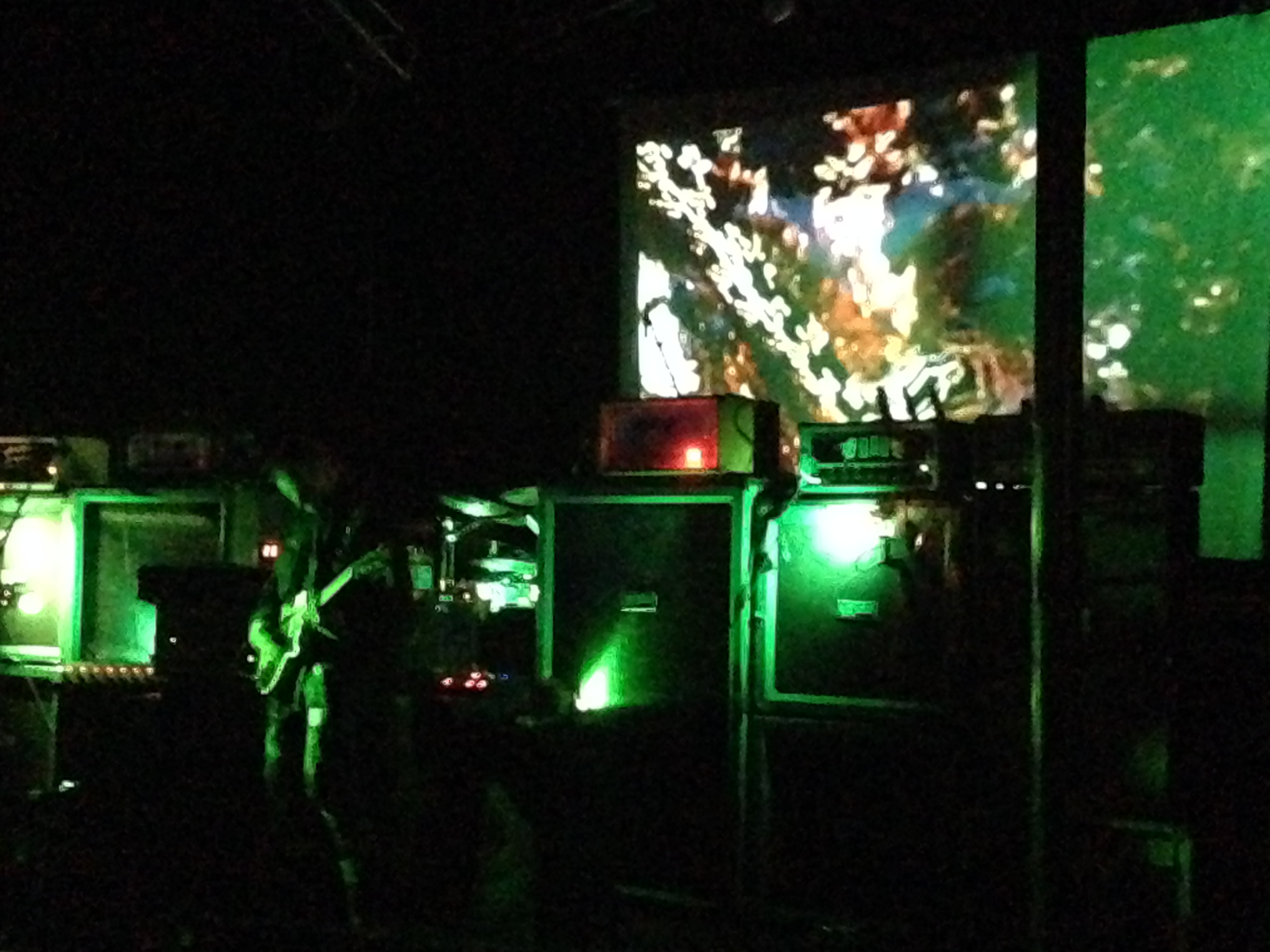 Then, Shelton downed what looked like a bottle of Pedialyte- the only thing he consumed onstage the entire night- took off his hat and let down his hair, and launched into the earth shaking and slowing Attention Deficit Disorder doom portion of his set. Starting with a sort of stripped down version of Sleep’s “Holy Mountain”, ironically the migraine that had been increasingly tightening its vice grip on my head subsided. The large digital clock set up directly behind Shelton served as a badge of honor at how long he had been playing. It was well past 11pm. Bathed in green-tinged darkness, it began to feel like a standoff…would he keep on playing until no one in the room was left? A look around showed me that only the most dedicated and drunk/drugged were left. His psychedelic voice spiraled along with the big riffs into my ears, dizzying me further. How could this possibly be the same person that was playing 2 hours ago? It was almost midnight, and he did yet another onstage costume change, putting on a big shoulder piece and a bandana over his face for the 3 Bar Ranch portion of the set. As he was joined by a similarly dressed band member and they launched into their speed metal, I felt spun. The 3 Bar Ranch material is chaotic, especially after the syrupy doom that was still echoing somewhere in the back of the venue. As a girl who spent many, many days at weird auctions as a kid, this material with its fast talk backtrack strikes a weirdly nostalgic chord with me. It was now 12:20. I’m not even sure those legendary Zeppelin shows were this long without a break. What was I seeing here? Who am I? WHO IS HE?! WHO PUT METH IN MY CLUB SODA?!!!?

You win, Hank 3. I walked out to my car with his metal cacophony still leaking out the doors, feeling both satisfied and defeated. 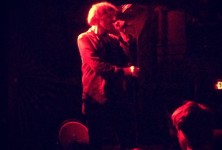 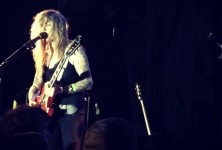