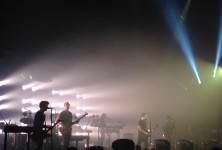 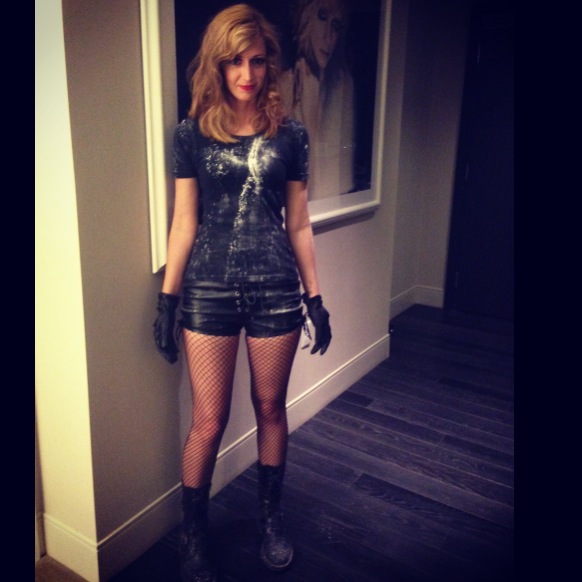 Well, I finally got to write about my favorite band for GRAMMY.com! I left the unedited article before, as a lot of words had to come out of it for that piece.

I remember looking forward to this weekend in Vegas for 6 months, and it’s hard to believe it’s over. But I left this trip really feeling how much being a fan of this band has changed my life. I went home and finally entered all of my info into NIN Tour History…and beyond realizing that I’m an idiot and had actually heard “I’m Afraid of Americans” three other times after wrongfully reporting that on my Instagram, I also realized that I spent the first half of my NIN shows watching the community from afar, as an outsider…and now, I’ve been able to experience being a part of the family. It’s nice, and for all the weird drama, I am thankful to have been accepted into it.

From synth-heavy beats coming through my boom box in my pink bedroom as a pre-teen, to trying to wrap my head around “Hurt” blaring through a tape deck in my first car, to marveling at the “Closer” video holed up in a friend’s bedroom in high school, to my first show at a BBQ restaurant in grad school, to my twenty-third and twenty-fourth shows November 15th and 16th at the Hard Rock Casino’s The Joint in Las Vegas, Nine Inch Nails is undoubtedly my favorite band. Within the depths of the casino were many of my closest friends, all brought together by the music and the band’s assistance in fostering the sense of community amongst us through the years.

Once upon a time, a NIN show was an uncomfortably dangerous place to be, but 25 years in, this tour would exemplify a band with a man at the helm that has put his fishnets and leather and cornstarch and urge to break instruments away and has emerged from a darker place with an Oscar in his hand. Amongst longtime contributors guitarist Robin Finck, keyboardist Alessandro Cortini, and drummer Ilan Rubin, would be the likes of Pino Palladino on bass, from The Who, Lisa Fischer on backup vocals, who has worked with The Rolling Stones, and Sharlotte Gibson on backup vocals, who has worked with Whitney Houston, Celine Dion, and Mariah Carey. Also joining them was multi-instrumentalist Josh Eustis of Telefon Tel Aviv. Together with the cutting edge production and light show that the band has become known for, albeit scaled back somewhat for these smaller club shows, this would be another version of NIN; one of maturity, complexity, and range.

While both nights would be weighted in tracks from this year’s release, Hesitation Marks, which has a dancier vibe and a hopeful quality more akin to dawn than the dusk of previous albums, there were plenty of tracks from the past albums that cemented my fandom over the years. There are so many different levels of knowing a band’s work, and NIN is one of the only bands that I can immediately know what song is about to happen from the pluck of the first note [“Somewhat Damaged”], to the color of the lights [green for “Reptile”], to the way that Reznor positions himself on stage [crouching for “March of the Pigs”]. I can feel every nuance of the emotional and energy rollercoaster that a NIN show is designed to take you on, from “The Frail” into “The Wretched” and beyond. I can be fine with not hearing “Closer” anymore, I can know when to appreciate a rarity like “I’m Afraid of Americans”, “Burn”, or “All the Love in the World” are being played. I know all the participatory hand gestures for “Wish”, and have seen the show enough times on this tour to join in with the background singers for the new parts of “The Big Come Down”.

The point is, with a NIN show I’m not just at the show, I’m in the show. Within every shake of the hip, bang of the head, fist in the air, lie the echos of memories within the crevices of these songs. There are secrets in the drumbeats, tears in the breaths in between lyrics. A NIN show, for me, is like thumbing through the pages of a scrapbook of my life.

Over the course of both night, there is one moment that will stay with me forever. I have always considered Trent Reznor to be my favorite musician because, beyond the music, he has pushed the envelope in the industry in a myriad of ways. He has done a lot for his fans over the years, including me, when he once scared me to death by sneaking up on me in an airport using the NIN iPhone app. And on Saturday night, he would blow all of our minds at the show. A fellow NIN fan that I know through being a fan of the band and his work as a photographer for the OC Weekly, Andrew Youssef, has been battling colon cancer for the past few years. He has reached the unfortunate point of the battle where the cancer is winning, and he wasn’t able to make it to Las Vegas to see these shows as planned. During the encore, after Reznor introduced the band, he took a moment to mention Andrew, and, picking up his iPhone, FaceTimed him from stage, getting everyone to cheer for him, which ultimately turned into a chant of his name. I know this had to mean the world to Andrew, and I cried all the way into “In This Twilight”. It was a moment that made my fandom even deeper.

As the final notes of “Hurt” played to close out the second night, I hugged my friends and exchanged knowing glances. As we left together, we tried to remember that not everyone we know goes away in the end. 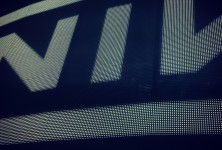 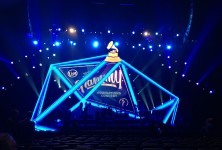