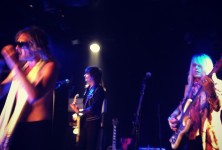 My closet is organized like a record store. The metal section is vast: black, spiky, leathered ensembles which, upon close inspection, could probably tell stories of fake GWAR blood and real Watain blood. The rock section is sizable; a rainbow of band shirts vintage, new, hand cut, torn….striped pants, pants with ties up the sides, pants with snaps on the ankles. The country section is minimal but noteworthy; fringe, suede, well-worn cowboy boots adorned with emblems and an obligatory pair of chaps. A few goth items remain: bondage pants, shirts with buckles, harnesses, purposefully destroyed things. And then somewhere in the dusty corner lies the small, but well-curated glam section.

I was blasting T Rex as I slithered on blue velvet high-waisted pants and zipped up the most atrociously awesome orange and blue suede Miss Sixty ‘superhero’ boots. I sipped whisky on ice as I pulled on a midriff top; not something I’m ever likely to wear, but since I’ve fallen to a weight less than I was in high school, I feel like I can keep up with the sleek, well-dressed and -coiffed crowd tonight. I tied a hot pink Diane Von Furstenberg scarf around my neck and painted on blue liquid eyeliner over my pink eyeshadow as I grooved to “20th Century Boy”. My uniform was complete.

Glam is a genre I have barely ever dipped my toe in; it’s superfluous decadence is not something that made its way to rural Texas. Beyond my love for The Darkness, which is admittedly a one-off affair, I had never delved much into glam rock as a fully realized music genre beyond it permeating other popular culture that I was already consuming, like Ziggy Stardust.

Fact: one of my fiancÃ© and I’s early dates was to a strip club to see Hammered Satin. He used to be in the band and even has a tattoo based on one of their songs. Thus, my new music education into glam rock has been fast and furious.

I was happy to walk into the Viper Room to see the catwalk set up. If any band should have a catwalk, it’s Hammered Satin. I’m used to walking into a show and being grossly overdressed; tonight I felt like a schmuck up next to the crowd here. It was like a MAC ad come to life. The night was to celebrate the release of their video for “Foxy Dude”…which was hilarious, but unfortunately I can’t find a link to it anywhere to post! 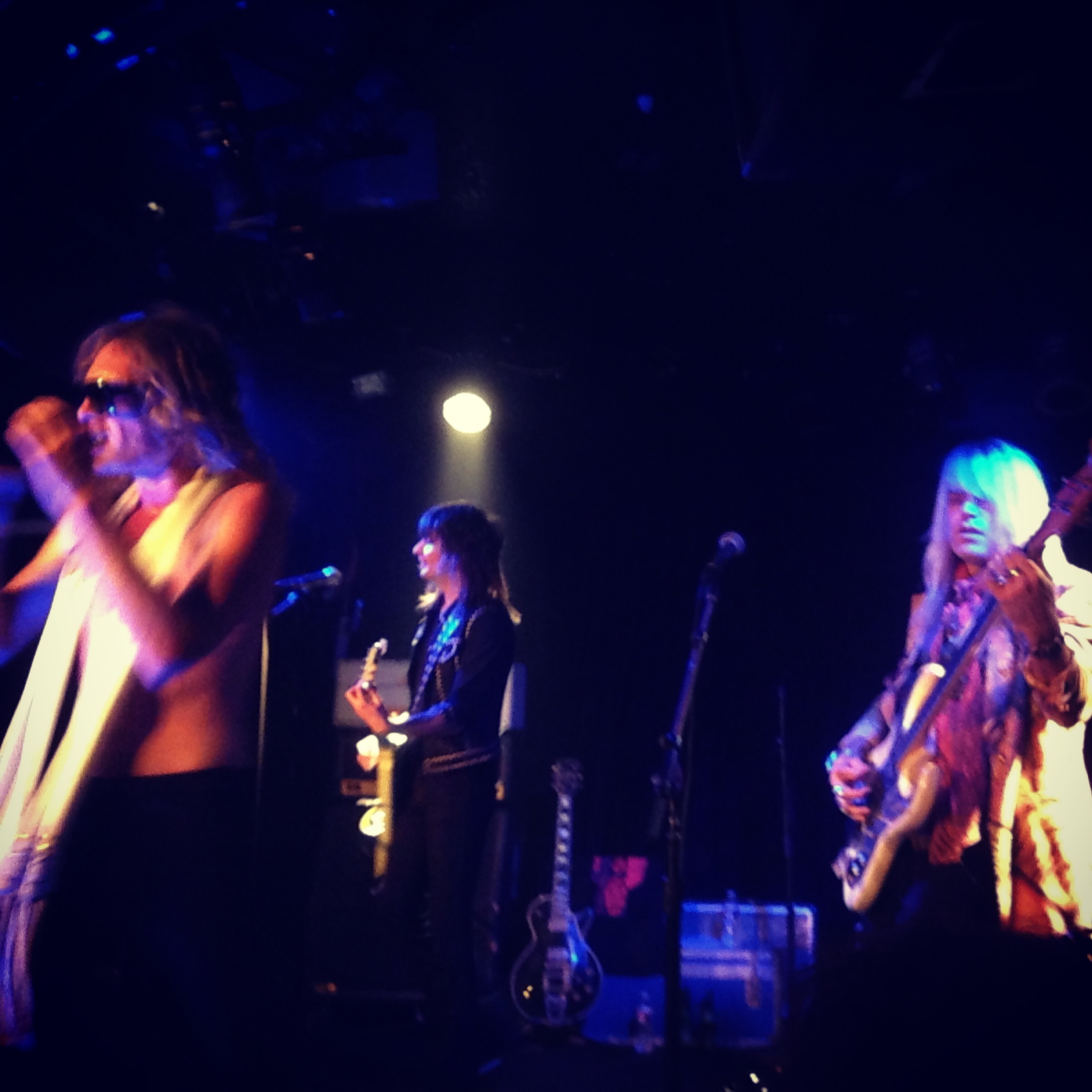 As soon as the video finished, the curtain lifted and the band began. The extremely tall and vivacious frontman took immediately to the catwalk, as adoring fans fondled him along his way. Hammered Satin excel at extremely catchy pop rock songs, infectious and exuding a sexual freedom that is a foreign concept today. Standing in the corner watching the scene unfold, I thought about the dead Sunset Strip outside, which immediately led me to form parallels to the glam metal scene I am more familiar with and what I was watching tonight. Boys that have better makeup, hair and clothes than me!

Hammered Satin are a fun band to watch; the scene was such a spectacle and the best people watching I’ve seen in a while. They channeled the past and the future with their performance, and while at times it turned into a bit of a party with their friends, they made the Viper Room the most glamorous place in LA that night. 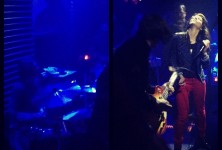 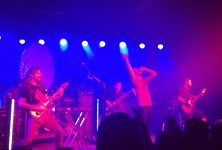